Nancy Irelan once told me that Americans torture themselves by not drinking bubbly every day. She’s the owner and winemaker at Red Tail Ridge, and she’s not wrong. In the past, I’d save my sparkling wines for special occasions, and, if I’m honest, this was mostly driven by cost. It’s hard to justify popping sixty-dollar bottles of Champagne on a random weeknight. But after a year like 2020, we deserve to celebrate even the small wins always and often. And we can do so on a budget—welcome, pét-nat, to the party.

Short for pétillant naturel (or naturally sparkling in French), pét-nat is an ancient winemaking style first recorded in 1531 in Limoux, France using the ancestral method. Despite predating the Champagne method, pét-nat has gained more traction in recent years with consumers driving demand for natural wine options.

Pét-nat is bottled during the first and only fermentation, which it completes under a crown cap. Not typically fined or filtered, these wines are often hazy in appearance with delicate, fizzy bubbles that offer a funky and refreshing effervescence. 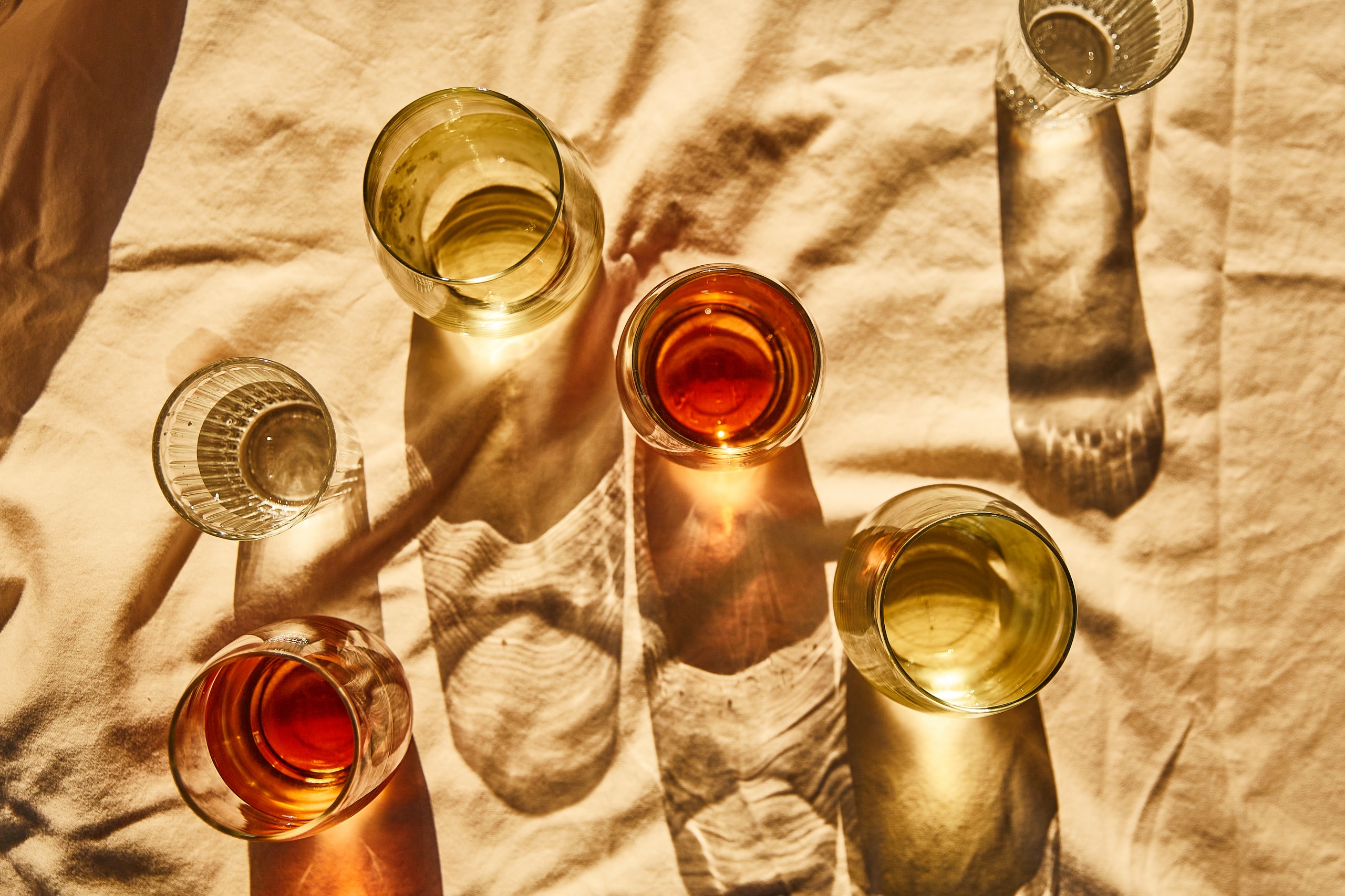 Finger Lakes winemakers have been at the forefront of this wave, and it only makes sense as we continue to redefine wine from upstate New York. Irelan has made sparkling wines a priority. “Red Tail Ridge is focusing more and more effort going forward on méthode champenoise. We are extending our tirage aging out for four years or more,” says Irelan. She calls pét-nat approachable, unfussy, and delicious. “I like pét-nat because it’s a bubbly I can drink immediately while I wait for the more serious traditional sparklings to age and reach maturity.”

For the team at Living Roots Wine & Co., pét-nats offer a fun way to experiment. “Pét-nats suit small bottlings, so we can easily play around with different single sites and varieties,” says Colleen Hardy. She co-owns the winery with her husband Sebastian, who also serves as winemaker. Living Roots will release three offerings this year, including two single vineyard riesling bottlings and one rosé blend featuring five different grape varieties. In the past, the brand has also offered pét-nats from hybrid grapes like Traminette and Cayuga White. “Aside from the delicious style of bubbles they produce, sustainability and minimal inputs are important to us, so making pét-nat is a no-brainer.”

Hardy often turns to pét-nat in the summer: “Ours typically have zippy acidity, a light fizz, and a refreshing, bone-dry palate.” She recommends trying as many as you can, saying pét-nats are “like any other wine, meaning there’s going to be some variability, so you should seek out different producers, varieties and regions to get a real sense for the style you enjoy.”

Winemaker Ian Barry of Six Eight Cellars suggests also keeping an open mind. “While the wines are very approachable, there may be things about the pét-nats that people aren’t used to seeing. There is going to be a little sediment in the bottle. Some bottles may be a little fizzier than others. These wines, more than others, are living and changing a little bit in the bottle. [You] should definitely keep an open mind and just enjoy them for enjoyment’s sake.”

Barry calls pét-nats the perfect picnic wine: “A little rustic; very versatile. They always have a savory note that pairs with a wide variety of foods.” His winery opened earlier this year with a trio of pét-nats on the menu. “When we began thinking about what Six Eighty would be, the idea of experimentation and exploration of new techniques kept coming up. And while pét-nat is actually quite ancient, I feel like the modern version of what it’s supposed to be is still being explored,” he says. Barry is no stranger to the style of wine, having made pét-nats for the last ten years. “I’ve found a balance between ancient and modern that I’m comfortable with, and it only made sense to dig deep with techniques at Six Eighty.”

Also looking to strike a balance between ancient and modern is chêpìka, a label by Finger Lakes winemaker Nathan Kendall and New York City sommelier Pascaline Lepeltier. Prior to starting the brand, Lepeltier says she was looking for the perfect wine for a restaurant reopening in 2015. The dissatisfying search led to the team working on its first vintage just one year later. They currently source Delaware and Catawba grapes from a certified organic farm planted in 1971. Lepeltier says, “We wanted to capture the living feel of these old vines, how energetic they are, the burst of life in their fruit that spontaneous, natural fermentation is able to capture and stabilize.”

For Kendall, creating these wines is also about creating a more accessible sparkling option without sacrificing quality. “When you can remove some of [the variables of traditional method sparkling wines] you can ultimately create a beautiful, vibrant, high-energy wine that’s more realistic for everyday consumption,” he says. “It really works well with our growing season and what the Finger Lakes does so well: moderate alcohol, bright acidity, refreshing, fruit forward wines.”

Each producer agrees that pét-nats are best paired with friends, food, and fun. Kendall pairs his with friends, sunshine, barbeque, and a second bottle. Ian Barry’s pairing? Funky cheese, cured meats, and crusty bread. Colleen Hardy leans toward oysters and grilled calamari on a hot summer day. And for Nancy Irelan: Bugles.

Regardless of the pairing, Irelan reminds us to relax in the process of exploring these wines. “Don’t take them seriously—they are frivolous and just for fun—but they should be delicious. Life is short, so try not to waste too much of it on drinking stuff that tastes awful.”