Tucked deep in the bowels of the Rochester Museum & Science Center (RMSC) lie the collections of two prominent Rochesterians. Their work, carefully stored and archived, together chronicle nearly a century of Rochester events, people, and everyday life.

Rochester was at one time a big newspaper town. Prior to Frank Gannett acquiring a stronghold and basing his publishing empire in Rochester during the early 1920s, the city had a long history of publications, including Frederick Douglass’s North Star, the Post Express, the Daily Advertiser and Telegraph, the Evening Journal, the Herald, and the Times-Union. It is in this arena that both of the men at the center of this story worked.

The Albert R. Stone Collection is made up of approximately 14,000 glass plate negatives charting Rochester’s history from 1902 to 1936. Stone began his career as a photographer for the Herald, one of Rochester’s leading daily newspapers from 1892 to 1926. Originally housed in a building on Aqueduct Street, the Herald eventually became the Times-Union when it was purchased by Frank Gannett in 1926 and moved to the Times Square Building on the corner of Exchange and Broad Streets. 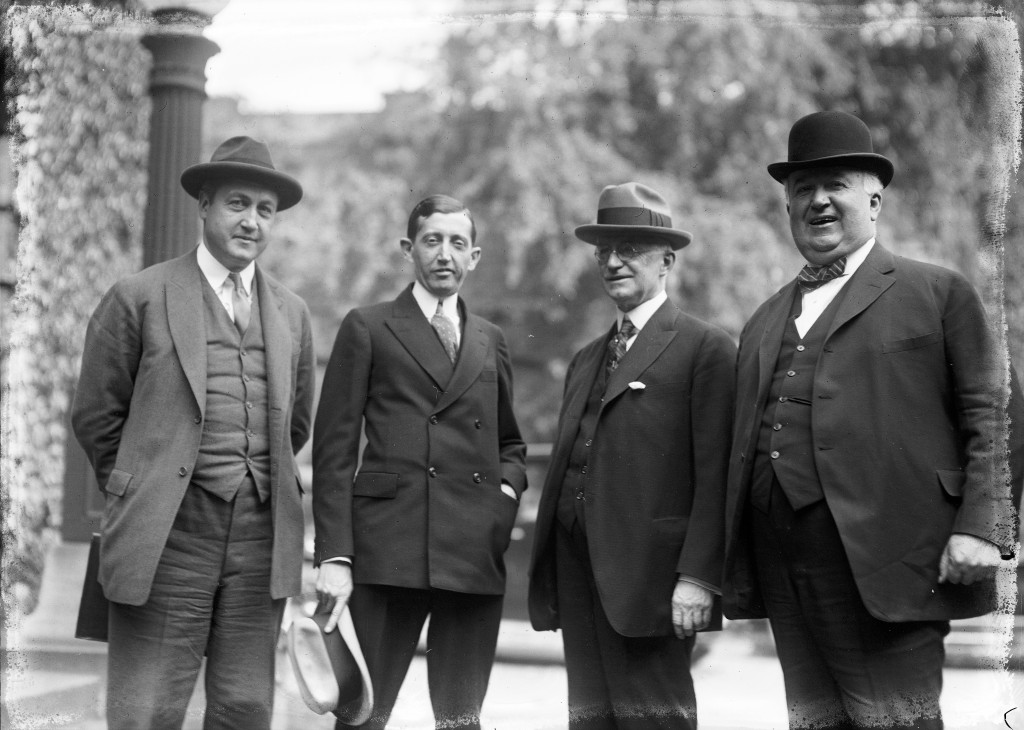 Throughout his career, Stone photographed four US presidents, many dignitaries, and countless Rochesterians. He was at the first public flight of Glenn Curtiss’s White Wing in Pleasant Valley and took the first aerial photos of Rochester on Kodak’s then new A1 aerial camera.

Stone was good friends with George Eastman and always used Kodak cameras. His press camera was one of the original box cameras, and his 8 x 10 camera was a Kodak Graflex made at the Hawkeye Plant on St. Paul Street. Both cameras are in the collection at RMSC. 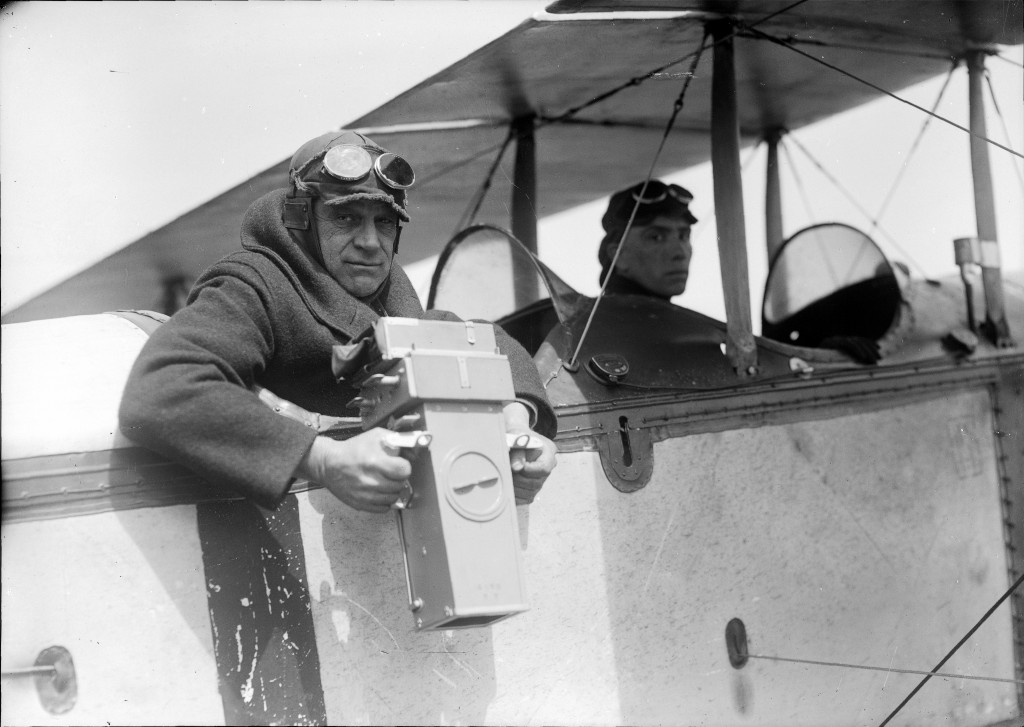 A very visible fixture of the Rochester community, “Stoney,” as he was known, could be seen riding around town, first on his bicycle and then by car. He was an active member of the Automobile Club of Rochester. For twenty-five years, he was the color caller for Rochester’s opening day of baseball.

Stone died in 1934 of heart failure at the age of sixty-eight and was honored with a funeral procession through the city that he loved. A large floral display float in the shape of a camera accompanied the cortege to Riverside Cemetery, where he is buried.

For many years, the collection of glass plate negatives was stored in the attic of Helen Stone Reinhard, Stone’s granddaughter. Reinhard thought that as it captured images from more than thirty years of Rochester history, it should have a permanent home in a place where it could be taken care of in its entirety. In 1943, the RMSC purchased the collection. More than three tons of glass plates were lowered from Reinhard’s attic window to the ground in preparation for transport to the RMSC. 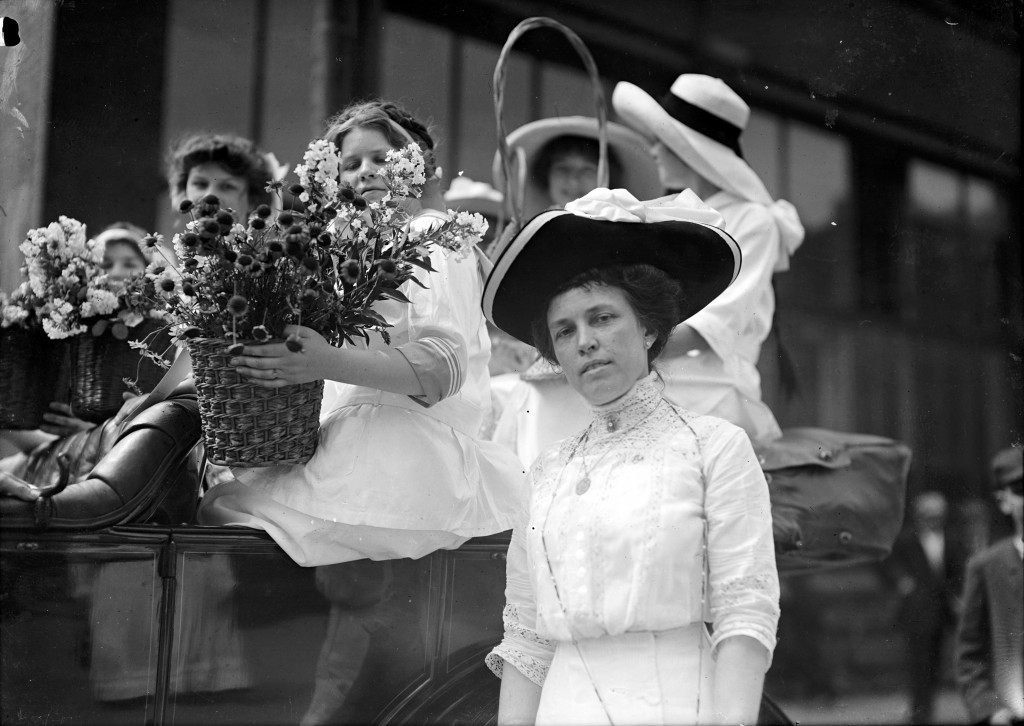 The RMSC regularly uses the collection to enhance social media posts and as representative of images that appear in its exhibits. Other local businesses and organizations have utilized the collection for various purposes. “The breadth … of the collection is always surprising,” says Stephanie Ball, the RMSC’s archivist-librarian. “In addition to photographing every major event and prominent Rochesterian, he pictured Rochester from all sides with everyday Rochesterians enjoying everyday life in the city.” Some of Stone’s photographs were compiled into a book, Images: Afro-Rochester 1910–1935 by Lea Kemp.

“We are walking in our forebears’ footsteps every day,” says Glenn Galbraith, Stone’s great-great-grandson and the grandson of Helen Stone Reinhard. He hopes that the collection will give people a greater understanding of how they lived and what they did here. “When you have a photograph, it’s a direct image of what actually happened that can tell you more than any painting or illustration.”

He was introduced to the collection by his grandmother, Helen Stone Reinhard. Reinhard even came to his third-grade classroom in Livonia with a slide presentation of photographs from the collection to show kids what life was like in the early part of the last century.

Galbraith continues the family tradition. He has always had a passion for film and photography and has made a career in radio, TV, and film. He attended MCC and SUNY Brockport and is an alumnus of the George Eastman Museum’s one-year film preservation certificate program.

Now he runs ROC Archive (RocArchive.org), a non profit organization dedicated to the collection, preservation, and accessibility of the region’s audio visual media as an artistic and historical record of the regions’ rural, suburban, and urban cultures and heritages. The audio visual archive focuses on newsreels, home movies, photographs, audio and video recordings, and more to capture Rochester’s history and culture.

“Everyone takes photos or videos for a reason,” says Galbraith. “Images are of value. Once put into a context, there is a lot of information in an image as a record of our culture and heritage.” 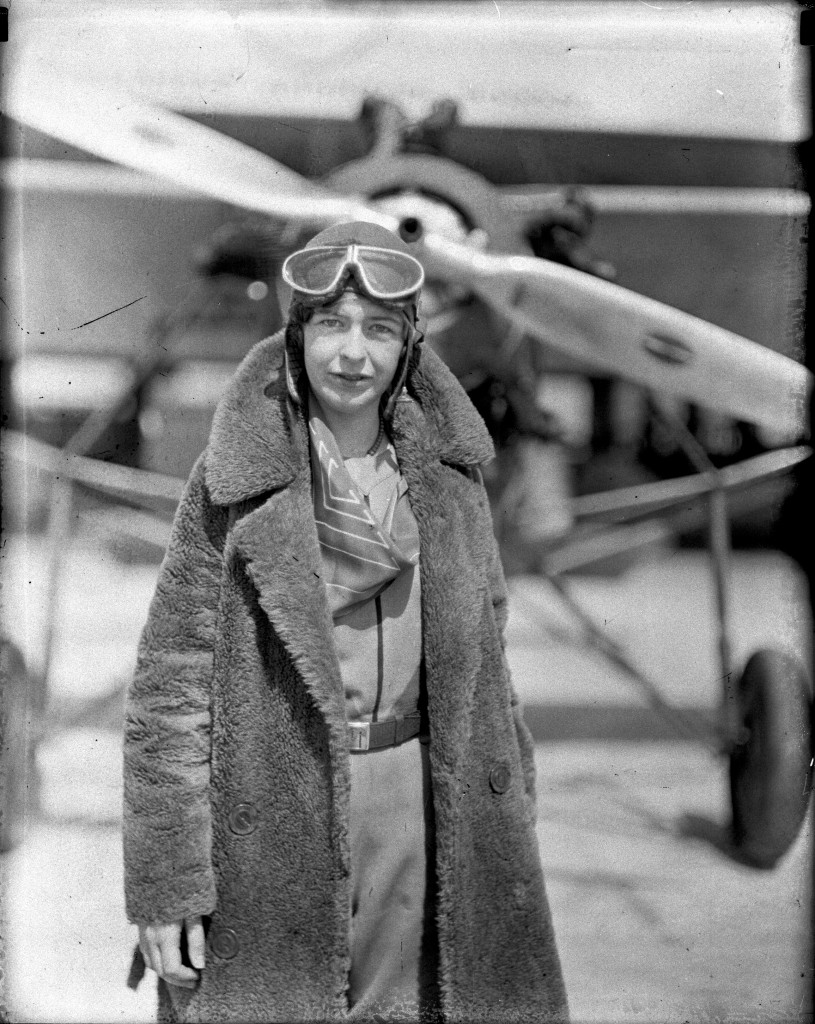 Since 1998, the Rochester Museum & Science Center has held the Howard W. Coles Collection. The collection consists of photos, newspaper articles, objects, and personal items connected to Howard W. Coles, editor and publisher of one of Rochester’s leading and long-running newspapers, the Frederick Douglass Voice.

Published by Coles from 1933 to 1992 and by his daughter, Joan Coles Howard, from 1992 until 1996, the Frederick Douglass Voice was recognized as the longest continuously published African American newspaper in Rochester history.

Born in 1903, Coles was the grandson of a former slave, Clayton Coles, who was the “body servant” to Stonewall Jackson. (Clayton Coles would eventually settle in Mumford and found the Second Baptist Church there.) Howard Coles himself grew up in Mumford. He attended Scottsville High School and, not being very interested in education, left school at the age of fifteen to begin earning money. He spent the 1920s working around the Northeast as a bell boy and waiter, returning to Rochester in the early 1930s.

Borrowing $2,800 from a life insurance policy, Coles established and began publication of the Frederick Douglass Voice newspaper. Throughout its thirty-year history, the Voice focused on community news and chronicled the lives of African Americans. In the Voice, Coles called for the hiring of Black educators and the establishment of food co-ops in Black neighborhoods. He examined conditions in migrant camps, and conducted the first documented survey of Rochester’s low-income housing.

As a little girl, Joan Howard remembers how her father produced the paper. “He would set type using wooden blocks and then give me the blocks to play with to build things,” says Joan. Frederick Douglass and his legacy were so much a fixture of the family’s daily life that as a young girl, Joan was convinced that he lived with them. The Voice was delivered by hand, and Joan remembers going with her father to area churches on Sunday to deliver issues to the congregation. The Voice sold on stands for fifteen cents, but Coles was adamant that his paper be available to everyone, often giving it away at churches, barbershops, community centers, and mom-and-pop stores. At its height, the circulation throughout Western New York reached 10,000 copies.

In addition to his newspaper, Coles was Rochester’s first Black DJ, working at WSAY and developing radio shows such as The Vignettes, The Gospel Hour, and The King Coles Show. His wife, Alma Kelso Coles, became the first Black woman DJ in Rochester, hosting the station’s popular Bronze Trombones show. He saw the radio station as a way to reach even more people and to serve as a sounding board for relevant issues in the African American community.

For all of his success, Coles was not a man of ego. He was an activist determined to make his community a better place. “He used to say that he ran for every public office except that of dog catcher,” says Joan. He once said, “I felt I could place the seeds of an idea that these sorts of things weren’t unattainable even to Blacks.”

Like his hero, Frederick Douglass, who lived a century before him, Coles was a renaissance man and supported similar causes. He was very aware of how deeply racial injustice pervaded American society. Coles was involved in everything: helping members of Rochester’s Black community find jobs and housing. “He even earned his real estate license so that he could help people with good, affordable housing,” says Joan.

He had every opportunity to leave Rochester and conquer larger markets, but he was devoted to his city and chose to help his people. His 1941 book, The Cradle of Freedom published by the Oxford Press, is a definitive history of African Americans in Rochester. He also compiled “The Negro Family in Rochester,” documenting the African American community’s progress during a century of living in Rochester; and “Nomads of the South,” illustrating the journey of various migrant groups to upstate New York.

Coles collected the materials that make up this collection housed at the RMSC, using them as regular references and storing them at his Atkinson Street home. After his death, the collection of sixty-four boxes was stored in a Rochester garage until 1998, when Joan was looking for a Rochester institution to house her father’s collection. It had to be a location in the heart of the city, where everyone would have access to it. The RMSC seemed the most natural choice, as Richard Schultz, the then executive director, had been a friend of both hers and her father. In collaboration with the museum, a celebration of Coles’s birthday was held in 2009, which local churches and members of the Rochester community were invited to. The attendees were given a chance to explore the collection and identify friends and family members in some of the many images contained therein. Oral histories were also collected.

Joan’s life would take her to Japan, Arizona, California, and Alabama before returning to Rochester in 1992 to carry on her father’s work by becoming the editor and publisher of the paper. Journalism is in her blood. She has a personal obligation to the Fourth Estate, providing truthful information, presenting the facts, and allowing people to make up their own mind. Today, at eighty years old, she works closely with Teen Empowerment and the RMSC. Last year, she spent a day with students from Teen Empowerment exploring her father’s collection at the RMSC, where students had the chance to read articles, see photos, and discover what life was like in Rochester, and in neighborhoods such as the vibrant Clarissa Street, of long ago.

Glenn Galbraith and Joan Howard each see their family member’s collection as a great, relatable resource for the community. “I hope that people find a sense of home through these photos,” comments Galbraith.

“I hope that it helps people understand who we are as citizens of Rochester and as Blacks in the United States,” comments Joan on her father’s collection.

Both the Albert R. Stone and Howard W. Coles Collection are accessible to the public . Visit the RMSC’s online collection at libcat.rmsc.org.

Images from both the Albert R. Stone Collection and the Howard W. Coles Collection can be seen in The Changemakers, the current featured exhibition at the RMSC. Helen Reinhard Stone and Joan Coles Howard are included as featured “Changemakers.”