The proof is in the pudding

Shayla Johnson loves what she does, and the proof is in the pudding—in more than thirty flavors of banana pudding, to be exact. Her most popular ones are the strawberry shortcake, lemon pound cake, cookie butter Biscoff, and strawberry chessman cheesecake.

How did she end up with so many? Well, as she recalls, she came from a long line of cooks who like to make great food, and she got easily bored with just making the traditional flavors.

“I said, ‘Let’s see how many flavors I can come up with,’” says Johnson, when recounting her journey of experimenting with recipe ideas for this traditional southern American dessert.

And how far does she want to take her flavorful banana pudding journey?

“I would like to get to 100 flavors,” John-son adds. But when asked about new flavors she’s working on, she responds with a laugh, “It’s a secret, but definitely stay tuned.”

She got her start as a home-based business in 2014, working pop-up events and providing custom desserts and more to supplement a loss of income.

“I had thirty-eight dollars in my account, and I went in and purchased the ingredients for banana pudding and gave it to the person that I knew loved food the most,” says Johnson. “She posted it on Facebook, and we literally could not make the banana pudding fast enough.”

The rest is history.

After spending twenty years in the non- profit world and making treats on the side, Johnson was faced with a decision a few years ago when that side gig became just as full-time as her full-time job. She found herself recruiting family members to assist with getting custom orders done and more. So she decided it was time to take that leap of faith.

“I had to decide which path I was going to take, as I couldn’t continue working at that pace,” Johnson says.“So, I continued to build clientele until moving to Women of Color New York.”

Johnson now operates her cafe alongside eight other women-owned small businesses in the space founded by Connie Marple in August 2021 on South Avenue.

“I greatly appreciate the support that our customers have given so far,” says Johnson. “And I look forward to the great people that I get to meet in the future.”

While banana pudding is the main focus, it’s not the only thing you’ll find at Shayla J’s. There are sweet treats as well as savory dishes, including breakfast and lunch, on the menu.

“Many come for the food, but they stay for the love that you can find in each dish that we bring to life,” Johnson says. “For example, the salmon bagel with eggs, feta, spinach, cherry tomatoes, and artichokes is a show-stopper.” 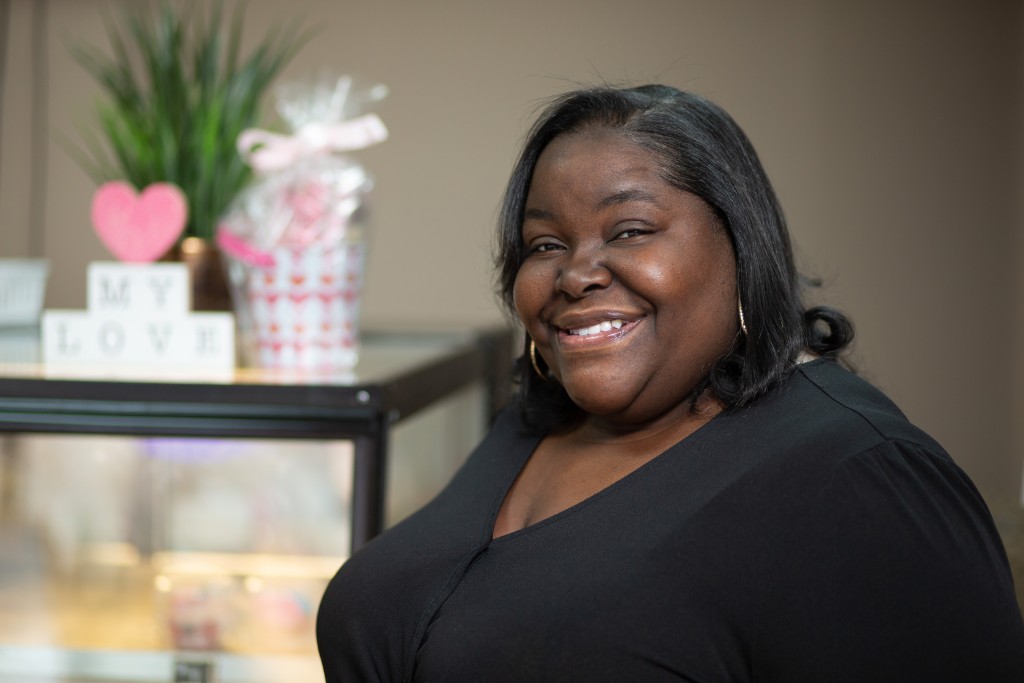 Lessons in the kitchen came early for Johnson, and her mother was a central figure.“We would have specific dishes to make that she taught us to prepare,” Johnson says. “My dishes were baked beans, cornbread, and of course banana pudding.”She fondly recalls her mother as a caring, sweet person who loved to feed people and was an amazing cook. Her mother’s signature dish was cornbread dressing, and as Johnson tells it, family and friends would travel far and wide just to get a taste during the holiday season.

“My mom was a force to be reckoned with in the kitchen,” Johnson says. “She could make anything taste amazing.”

Johnson lost her mother in 2017 to cancer.

“My mom’s dream was to own a restaurant, so this would have been so exciting for her to experience with me,” Johnson says.

Her mother’s recipes now live on in the sisters, and so does that love for feeding others. And Johnson intends to keep her customers well fed, happy, and smiling.

What can you expect from Shayla J’s over the next year?

“More deliciousness than they can stand,” Johnson says.