Setting back the clock

The Sibley building’s new Mercantile on Main pays homage to the past, takes a step into the future

In 1911, dozens of businesses around Rochester bought special ads in the paper to announce a change in address. “Come visit our new location,” they said, “the new Mercantile building on Main Street!” Opening that year, the Sibley expansion added nearly 350,000 square feet—practically tripling the size of the building. Advertisements for the new space claimed its offices were “the most desirable in Rochester—modern in every detail, beautiful outlook directly up East Avenue, perfect light.”

Now, more than one hundred years later, the Sibley building spans 1.1 million square feet and houses office spaces, business incubators, residential units, and more. It’s seen a number of owners and lived many lives, and nowadays a few more buildings block that East Avenue view. However, since WinnCompanies purchased Sibley in 2012, revitalization has rapidly restored the building to its former glory. As the most recent stage in that process, the former atrium reopened as the Mercantile on Main, an upscale food court serving an affordable and diverse array of food to residents and customers downtown. Pending the lifting of COVID-19 restrictions, the space will accommodate more than 300 customers.

The Sibley is the largest building in Monroe County, as well as in the Winn portfolio—which is not a light statement. Winn is the largest owner or manager of subsidized housing in the United States and the second-largest owner of military housing; in fact, one out of a thousand Americans lives in a Winn property. Family-run and privately owned, the Boston company is—at least in Rochester’s case—dedicated to reflecting and serving the local community’s needs and culture.

The Mercantile on Main initiative is headed by Ken Greene, the space’s asset manager. After spending most of his adult life in the restaurant business, Greene developed his own property and construction management company five years ago. Two years later, WinnCompanies asked him what he would do with the Sibley building’s atrium given the opportunity. “My response was that I would build a restaurant marketplace,” he says. Greene saw a void downtown of food that is fast, affordable, and healthy. “And over the past three years, that’s what we did.”

The fact that WinnCompanies favored a Rochester broker intending to cater to the local community’s needs is not insignificant. “The truth is they could have [used] any real estate development company in Rochester,” Greene says. “They could have gone with Pyramid or any large national or international firm.” Greene gestures at the wall of small, local, and notably diverse restaurants with the suggestion that it could have easily become a line of Starbucks or pizza chains if Winn had hired a larger national brokerage firm. “Rochester’s pretty insular by nature,” he says. “We like to do business with people who are here.” 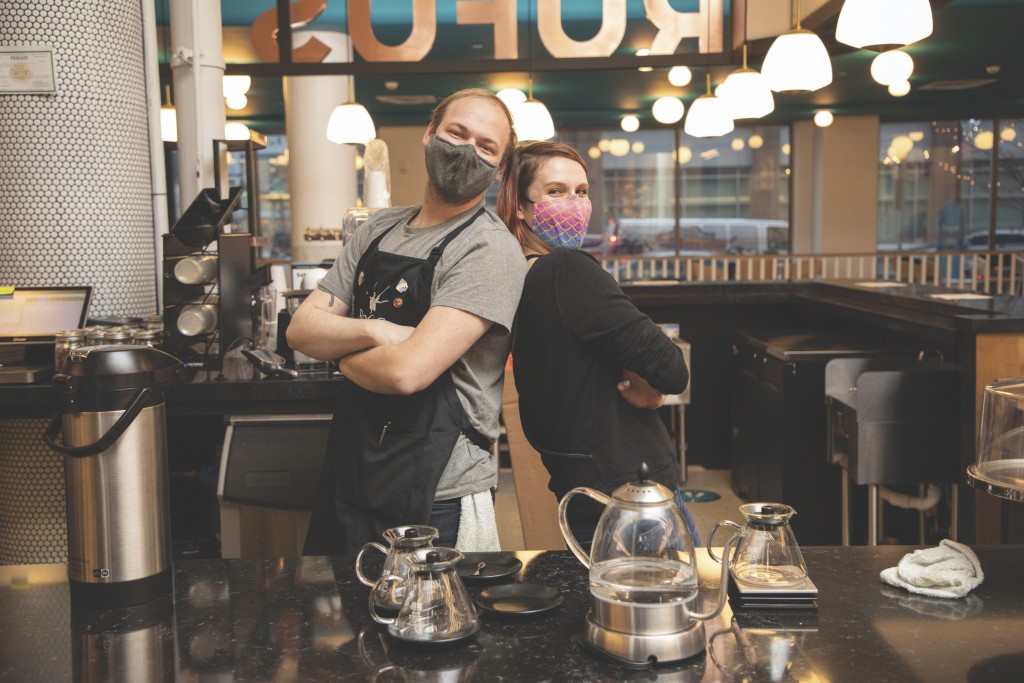 Baristas of Rococo Coffee ready for the daily grind

Greene’s intention was to set the space on a path that upheld that nature. Inspired by the restaurant model used by Eataly, an upscale restaurant marketplace with locations in New York, Boston, Toronto, Munich, and other major cities around the world, the Mercantile is built on a similar concept—with one major distinction. “Eataly is one person’s perspective about all sorts of different food products—which happen to be in the Italian genre—but it’s just one perspective on how the food should be delivered to the consumer,” Greene says. “Whereas at the Mercantile, Nani’s has a perspective on how to present Indian food, and Cut has its own perspective on what flame grilled bowls look like.” To Greene, no two perspectives can produce the same product, each introduces unique passions to its delivery. “Sometimes you can standardize things to a mediocre level,” he says, “but the mercantile needs a passionate product. Not an acceptable product.”

At Mercantile on Main, Greene and the individual business owners consider each other co-owners; he even makes a point to correct the suggestion that they work for him. “We don’t have this hierarchy of a corporate structure; you know, president, vice president, manager, employee. No, it’s like these guys see each other as business partners in the collaboration and creation of something bigger than themselves, and the Mercantile embraces their passions around helping it to guide itself … it’s becoming its own entity.”

The resulting entity, thriving off the owners’ diverse perspectives, is one that actively works against gentrification. What one owner might overlook, the others will catch because of their varied life experiences. For example, as a cash-free business place, they’ve installed a machine that puts cash onto a gift card. Most machines like this include a service fee for use—a fee that disproportionately affects individuals who rely on cash or don’t have access to a bank account. While larger developers might not take into account that local impact—or care more about the bottom line—the owners at Mercantile on Main collectively decided to absorb the service fee themselves to avoid that impact on the local community. According to Greene, gentrification happens when developers design spaces with standardized mediocrity—that is, through their own myopic view of the world. “They don’t wake up thinking, ‘how can I mess up this community,’” Greene says. “They’re creating a space that they feel comfortable in, not necessarily a space for the community or local customers.” 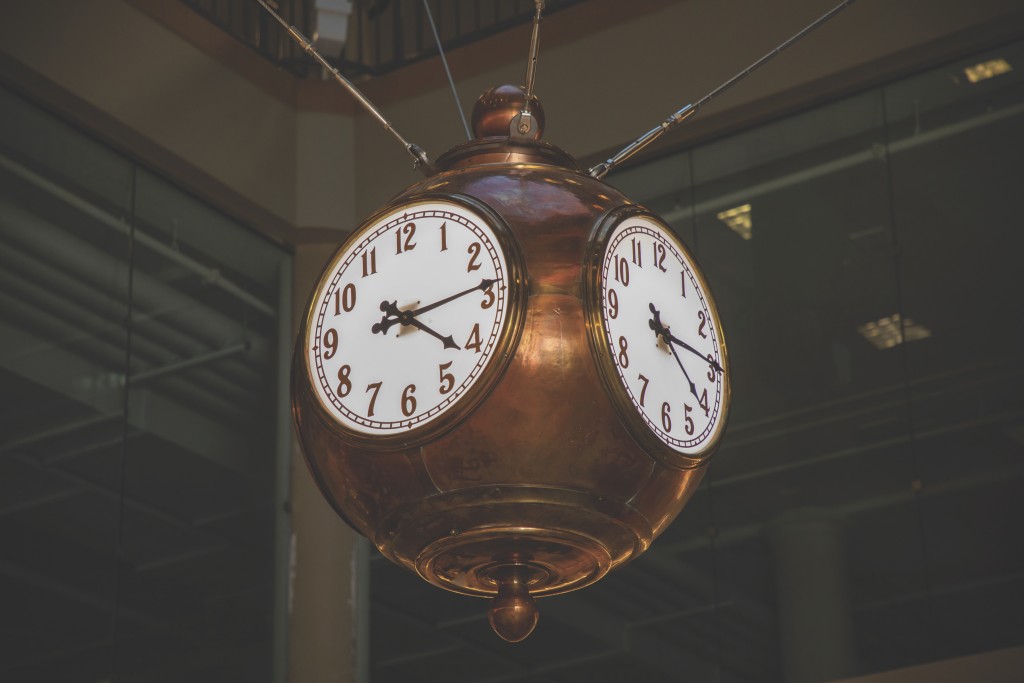 Greene’s philosophy of success through diversity guided the space’s aesthetic direction, too. Greene first worked with the artist Shawn Dunwoody last year to design a mural on Sibley’s second floor. “There were some parameters I gave him,” says Greene, “but otherwise total freedom. It was a Class A office building, and I wanted an urban muralist to paint something that made people feel good.” When it was time to design the eating space, Greene returned to Dunwoody with a different request. “This time I said, ‘I’d like you to do one or two paintings, but I’d really like you to act as our conduit to the larger art community.’” Dunwoody recruited around twenty artists, and together the co-owners met to whittle proposals down to the art exhibited today. “Had it been left up to me and my artistic tastes, we would have ended up with standardized mediocrity,” Greene admits. “But because I was willing to trust Shawn, we were able to bring this depth of perspective.” Greene notes that through the team’s collective perspectives, the resulting aesthetic balances the geometric art deco of the Sibley’s history with organic, colorful environmental graphics representative of the local community.

But the Mercantile owners’ consideration of impact on the local community isn’t limited to downtown. In the case of Nani’s Indian Kitchen, “We’re building partnerships with local farms, using sustainable produce, eating seasonally, and trying to build a culture around food that’s sustainable,” says founder Meghesh Pansari. “Not only in terms of ecological effect, but sustainable for use as consumers. I live with a nutritionist, so we’re working on incorporating her work into the project here and seeing what we can do to make the food healthier.” Pansari sources Nani’s produce from Headwater Food Hub, which builds partnerships with local farms and acts as a conduit for the food service industry. “So, by working with Headwater, we get access to all the farms in upstate New York,” he says. According to Andy Luggiani from Broth, Pansari’s thoughtfulness has inspired the other owners as well. “You’re affecting this whole other food chain of farms and those farms’ suppliers, and you start seeing the bigger picture,” he says. “It’s really interesting, when you come in to eat soup—or anything else—to think about the road it’s traveled. And all the families you’re supporting by buying this one bowl of soup. It’s not going to a big corporation. It’s staying very local.”

Pansari, who is also working on his master’s degree thesis on revolutionary social movements and American labor history in Rochester, is also dedicated to keeping Nani’s a healthy and sustainable environment for workers. “The food service industry is largely a gig economy, without a stable schedule or stable pay,” he says. “That makes it hard for people to access things like car loans and mortgages, especially when most of your income is in tips.” Pansari has been working closely with Workers United to create a comfortable, safe, and ethical environment for his employees. He recalls delivering pizzas as a teenager: “My boss told me he could afford to pay me two dollars an hour, and I remember making a thousand dollars’ worth of deliveries a night and thinking ‘really, you can only afford to pay me eight dollars?’ So, I can tell you how much I respect that business.” To Pansari, it boils down to something very simple: “When people want to be here, it’s better than when they don’t.”

Somewhere beyond the seafood