Minerva Gutiérrez doesn’t suffer fools lightly. Yet every day she encounters them at the ice cream stand she works at. The customers, the coworkers, and, most of all, her boss are all constant reminders of how much she wants to leave her down-and- out town of Nautilus and begin a new life. But she is just seventeen with a chronically ill mother, and she was recently kicked out of school to boot. She feels stuck, and her anger builds until she and her neighbor CeCe devise a plan to get back at the people they believe are holding them back. What’s Coming to Me (2022 Soho Teen) by Francesca Padilla is one of this summer’s must-read books. Padilla’s debut novel has been rumbling around in her head and heart for years, and Minerva is partially based on the little sister of someone she dated many years ago.

“I was just like, wow, this girl is really cool and spunky. And tough. Really tough,” says Padilla.

“I had this idea of a character,” she continues, “and separately from that I grew up with a chronically ill parent. My mom was sick, kind of my whole life, but it got really serious when I was a teenager. And I think around the time I was going to college I [thought], ‘I would love for there to be more stories about kids whose parents are sick.’” 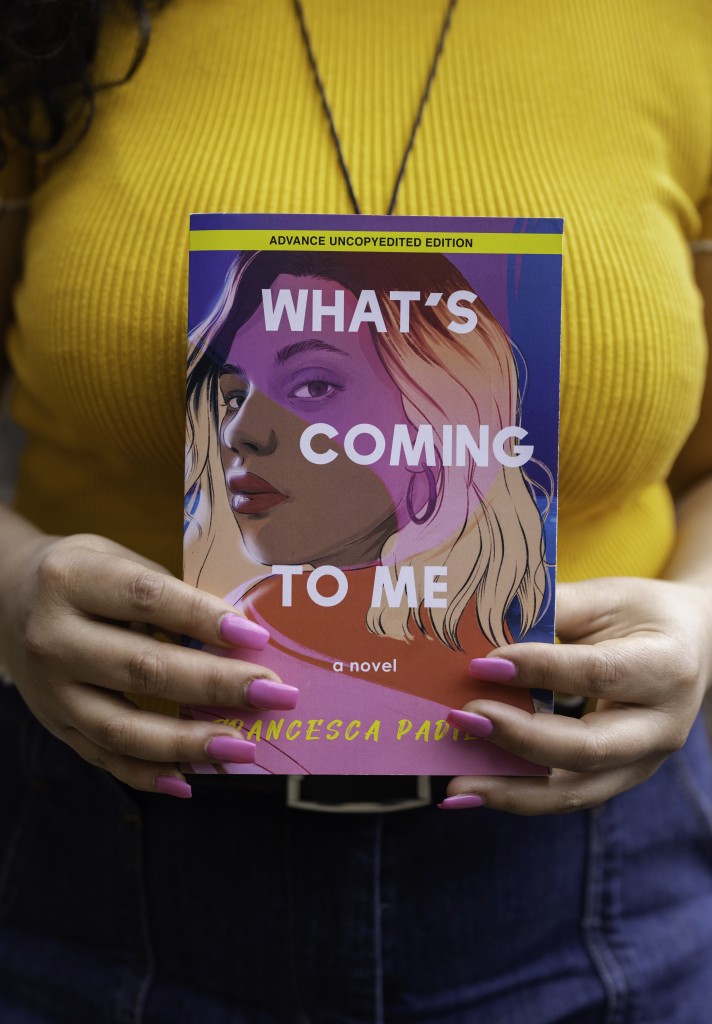 Minerva is the embodiment of the character and story Padilla imagined so many years ago as a student at SUNY Purchase. Readers join Minerva as she navigates typical teen emotions and impulses while also struggling with a brewing rage at the unfairness that surrounds her. What’s Coming to Me holds nothing back about the heartbreak and confusion of a young girl who seems destined for tragedy and grief in a town that offers nothing to her. In fact, at every turn Minerva faces racism, sexism, and adults whom she cannot trust. This coming-of-age novel is also a thrilling tale of revenge and redemption that is difficult to put down.

Minerva’s mother’s illness is the beating, sad heart of this story, and Padilla drew on her own grief to make Minerva’s story believable and tender.

“Anticipatory grief was a big part of the writing of this,” says Padilla. “It’s like that feeling of, ‘I know I’m going to lose my parents someday, and I don’t know when.’ That’s the feeling that I was trying to expose, to bring more light to.”

Grief in all forms can also manifest as anger and frustration, and Padilla does a great job of showing the intersection of all of these complex emotions. This isn’t just a book about angry teens lashing out. It’s really about how to transmute difficulties and trauma into action and growth.

“One thing that I would like people to understand,” she notes, “is that anger really could just be grief and sadness.”

Padilla grew up in Brooklyn but moved to Rochester after the birth of her first child. In addition to writing, she works doing community outreach to get people connected to health and human services across New York state. She is currently working on another novel.

Padilla’s mom died several years ago, but she believes that her mom would be excited about her novel.

What’s Coming to Me is available August 2. Check out Padilla’s website at franny-padilla.com for information about the release and to keep up with her writing.