Midcentury albums tell the story of dance in America; photos by Tomas Flint

Once a month the ladies of the Flint Dancing Club in Flint, Michigan would put on their finest dresses, some sparkling jewelry, and—best of all—their dancing shoes. Their husbands would don freshly pressed suits and snazzy ties. Then they’d all gather at the dance hall where a hired band was ready to guide them through waltzes, cha-chas, and merengues until well past moonrise. At home, their children slept while babysitters and grandparents waited patiently until the parents returned, tired but happy.

In the 1960s Janet Borgerson and Jonathan Schroeder were those children at home waiting for mom and dad.You might say dancing is in their blood.

It should be no surprise then that Borgerson and Schroeder wrote Designed for Dancing: How Midcentury Records Taught America to Dance (MIT Press, 2021).

They met when they were just kids living in Michigan. “We were dancing together since we were, you know, fifteen or sixteen,” says Borgerson, but they wouldn’t become a couple until they were both in their thirties. They combined their record collections and started buying more whenever they found a bargain. 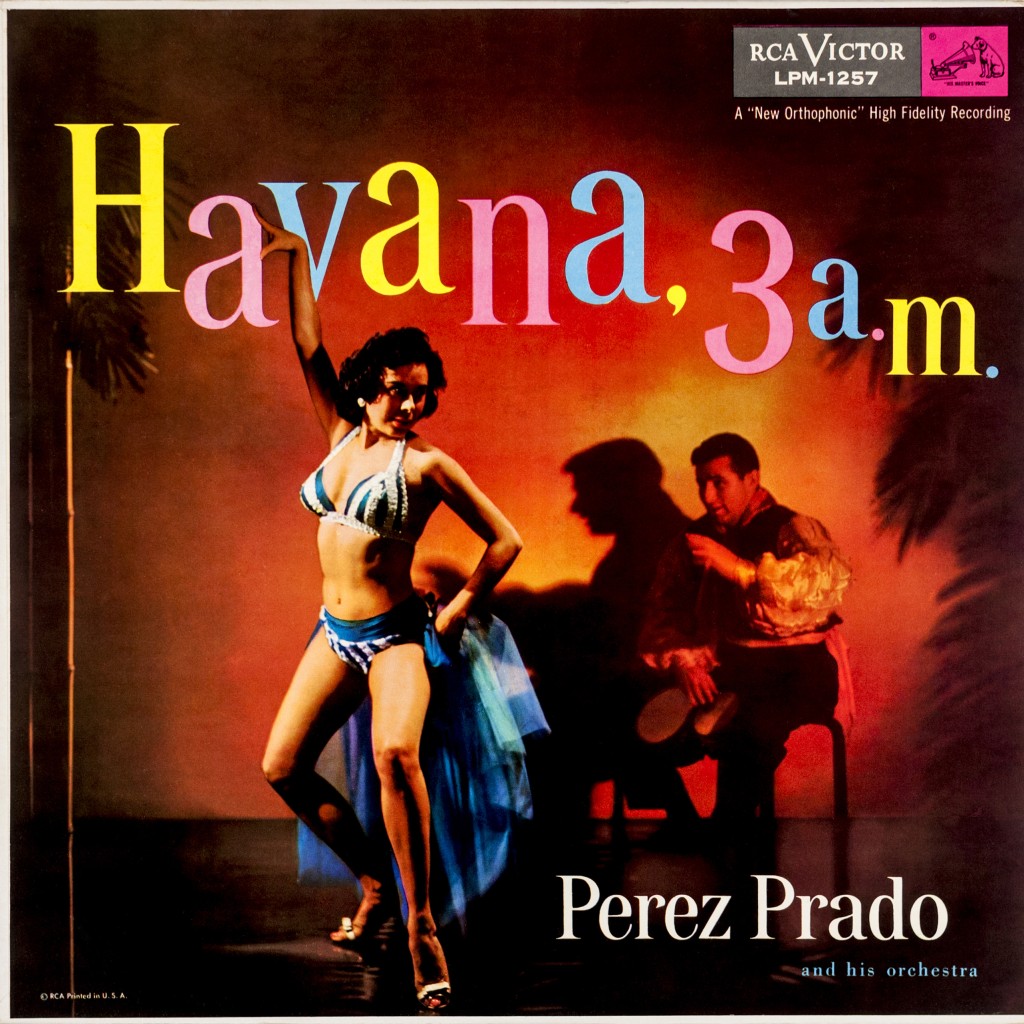 All their hours of listening to and examining their large collection led to their book, Designed for Hi-Fi Living:The Vinyl LP in Midcentury America (MIT Press, 2018). “Our first book was about those [album] covers that focused on modernist design and modern art and a vision of what it would be to be a modern US citizen after World War II,” says Borgerson.

Their experience studying consumer culture, marketing, and branding informs how they look at the cover art from their extensive collection. They know that the midcentury record album was more than a listening experience for the consumer. The art on each album was a way to communicate and curate a personal and community identity.

After finishing their first book they started looking at the covers of their more than 1,000 dancing records from the mid-twentieth century. “What became this big theme in the [new] book is how these records express identity and that suburban ideal of having a kind of a self-contained entertainment space—the bachelor pad—and having people over in the backyard patio,” says Schroeder. “And I think just the avail- ability of the dance records, and records in general, led people to think about, ‘Well, yeah, I can have my own dance party,’ on one hand, and then a lot of the records we focus on were teaching you how to dance … in the privacy of your own home. You could learn how to do these dances and then go out to the nightclub or the dance hall or ballroom and have practiced at home so you don’t look so bad.” 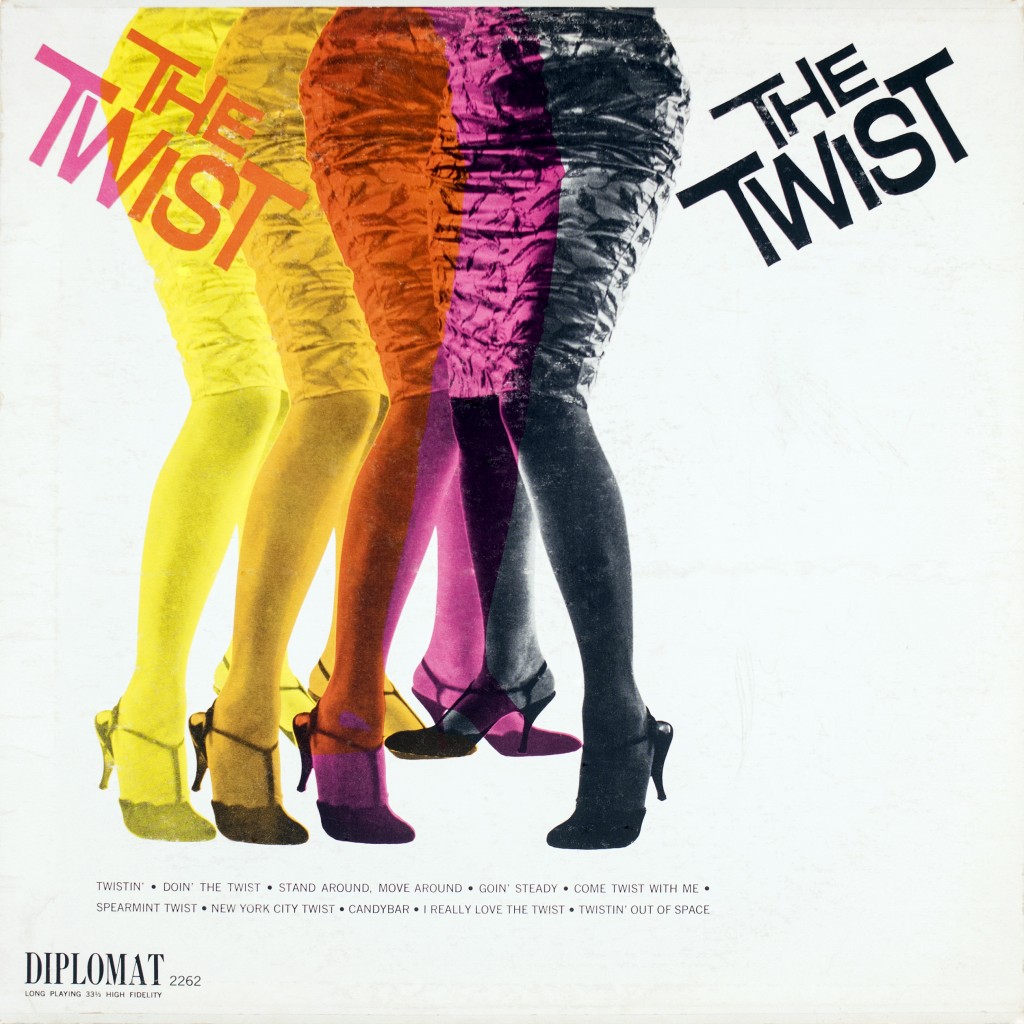 Just how did these album covers sell this lifestyle? Clever marketing, of course. Colorful, lurid fonts drew the eye as did the numerous partially clothed women. Pictures of “exotic” lands that one could experience just by learning the dances of the region graced many covers as well. It was a vacation right in your own living room. Cover art that included celebrities also made shoppers turn their heads. Who wouldn’t want to take home a steamy photo of Rita Hayworth or Robert Mitchum? And, just like today, there were the cultural influencers like Arthur and Kathryn Murry who hosted a very popular television show. Grab their record and you might find a coupon to a free dance lesson at one of their studios.

These marketing strategies were deliberate and planned. Borgerson and Schroeder read the notes from a Capitol Records meeting that explained that they used some of their more exciting album covers to entice buyers to buy other records, too.

“So maybe somebody would come in and they’d be like, ‘Whoa, native!’ And here’s this really exotic looking location with people dressed in traditional or questionably traditional garb doing some kind of outrageous move. And they would say, ‘Oh, that’s really interesting, but I think I’m going to buy a record of yodeling from Switzerland.’They were definitely marketing in a sophisticated way that we would recognize today as still common,” says Borgerson.

The art on these albums also helped construct a historical and racial narrative particular to the US of the 1940s through the 1960s. Consider how the numerous hula albums on the market at the time coincided with the bid to make Hawaii a state. Many album covers also reflected American culture as much as it shaped it, especially when it came to race. For example, the complicated legacies of colonialism, slavery, and appropriation are an intricate part of albums showcasing dances from the African diaspora. One case in point is the limbo. Party-goers on the cover laugh as they dance under low poles, even though the liner notes of the album explain how the limbo is actually a Trinidadian funeral ritual. And one can- not forget the popularity of Latin dance albums, many showcasing flames and fire around bright, often red, lettering and dancing women. What exactly makes Latin dancing “hot” and “passionate?” The authors examine all of these concepts in-depth making for a fascinating yet approachable read and a gorgeous feast for the eyes.

Borgerson is the Senior Wicklander Fellow at the Institute for Business and Professional Ethics at Depaul University, and Schroeder is the William A. Kern Professor of Communications at the Rochester Institute of Technology. Their next book will look at self-improvement albums and how those, too, helped create identity in post-war America.

Learn more about their book, see more album covers, and listen to their Spotify playlist at designedfordancing.net.