Coffee and cats—what more could you need?

After working as a pharmacist for thirty years, Lisa Cragle was ready for a career change, but opening a business was not on her radar. Having never owned a cat as a child, she turned into a cat lover after a stray followed her home one evening and became a permanent member of her family. This “pioneer kitty,” as Cragle lovingly calls him, opened her heart to fostering opportunities and eventually lead to her opening Purrs and Paws Cat Café, located inside Eastview Mall in Victor. 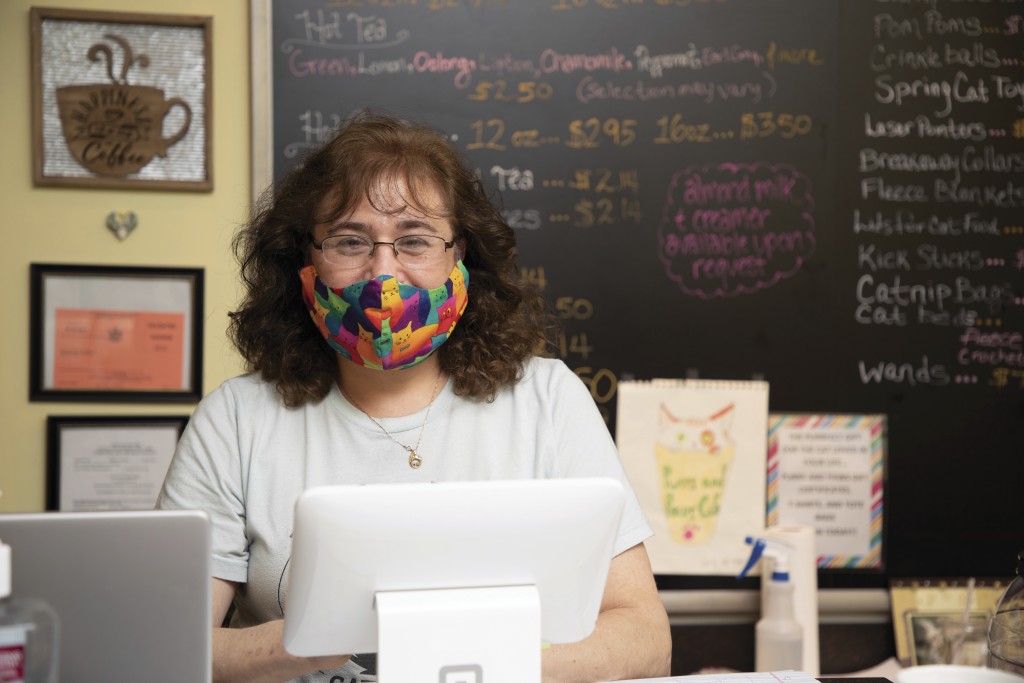 The cat café concept was developed in Taiwan in the late 1990s, but its popularity increased after Japan embraced and expanded upon the model in the early 2000s. Japan’s cafés catered to people who were looking for feline companionship but did not have the space or time for a personal pet. Cat cafés are now popular establishments around the world, with several locations in the U.S. Actress Mayim Bialik even brought the concept into the mainstream media with her 2021 comedy Call Me Kat, a sitcom that centers around a single woman (Bialik) who quits her day job as a college professor to open a cat café in Louisville, Kentucky.

Purrs and Paws Cat Café opened its doors in February 2020 and was only open for about a month before it was forced to take an unplanned hiatus due to the COVID pandemic. Never wavering in her commitment to shelter animals, Cragle reopened in July 2020 with a renewed drive to find loving homes for as many cats as possible. Her vision was to create a homey atmosphere where both people and cats felt comfortable, so that they could get to know one another in a neutral, comfortable territory. “The space presents an opportunity to interact with adoptable cats,” Cragle states. “It’s a big living room. It’s too hard to get to know the cats when they’re in cages.”

Although walk-in appointments are welcomed, reservations are recommended since the number of visitors allowed in the cat lounge is limited. The space is divided into two distinct areas, the café and the cat lounge. Visitors can select a hot or cold beverage and a fresh, locally made baked good, then head into the lounge for their appointed cuddle session. Reservations run for about twenty-five minutes each, but many people book back-to-back sessions to ensure each feline is given adequate attention. There is a $6 fee to enter the cat lounge, with the proceeds going to the care and needs of the animals.

All the cats that lounge throughout the café are adoptable and come from local rescue groups such as Beverly Animal Shelter, the Colony Caregivers, Happy Tails Animal Shelter, and Habitat for Cats. The café generally has around ten to eighteen cats on any given day, depending on the shelters’ availabilities. Cats range in age from kittens to adults, but they all must get along well with people and each other to stay at Purrs and Paws. The café concept helps keep the animals socialized with other animals and humans, which increases their likelihood of getting adopted. 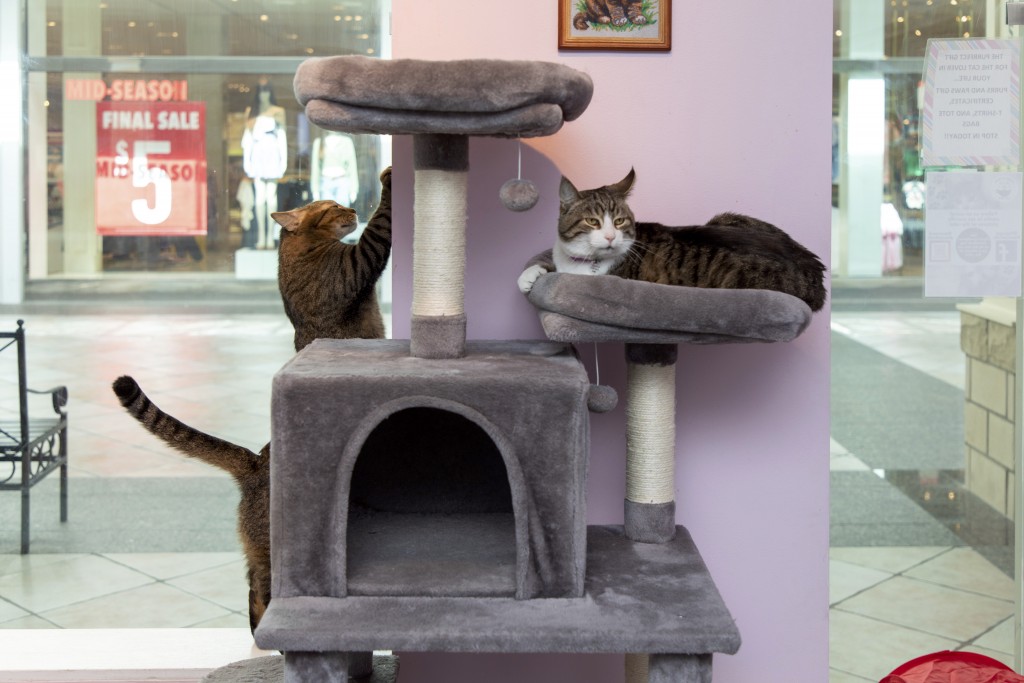 Since the café’s grand opening, Cragle has successfully aided in the adoption of more than 200 cats and kittens. She says that finding stable homes for the animals is the most rewarding part of her job. “The cats are so loving and gentle. It’s shocking that they don’t have homes,” she comments. “I see some of these cats more than I see my own, so Sundays (adoption day) are tearful but rewarding days.”