Four years ago, when Blackfriars Theatre artistic and managing director Danny Hoskins and development manager Mary Tiballi Hoffman decided to produce Drag Story Hour for Rochester, they had no idea that they could ultimately be cocreators and coproducers of a TV series.

Started in 2015 in San Francisco by author and activist Michelle Tea, drag queen story times have been successful in cities across America and in several foreign countries. The goals are simple: to inspire a love of reading while teaching deeper lessons on diversity, self-love, and an appreciation of others. The program also strives to break down barriers that we put on ourselves and our children regarding gender roles and expectations and, in addition, creates positive queer role models.

Popil hails from Scranton, Pennsylvania, and has a background in theater and dance. “Theater was a place that I could go to express myself authentically,” he says. When he moved to Rochester twenty-two years ago, he was introduced to the rainbow flag and found a community that was supportive, artistic, and embracing. He also found a family in husband in Steven Levins and stepchildren Melissa and Jessica and lives a wonderful life in a community that he loves. In trying to find his place in the drag world seven years ago, he created a larger-than-life maternal character—Mrs. Kasha Davis. It’s in this niche that he feels he can make the most impact. And it’s a powerful one. He has now transitioned to full-time drag queen, touring internationally, because of a “workhorse attitude.” Popil is the subject of Workhorse Queen, a documentary film exploring the complexities of mainstream TV’s impact on queer performance culture. The film follows Popil’s life and path to “drag stardom” and is currently making the rounds at many major film festivals. 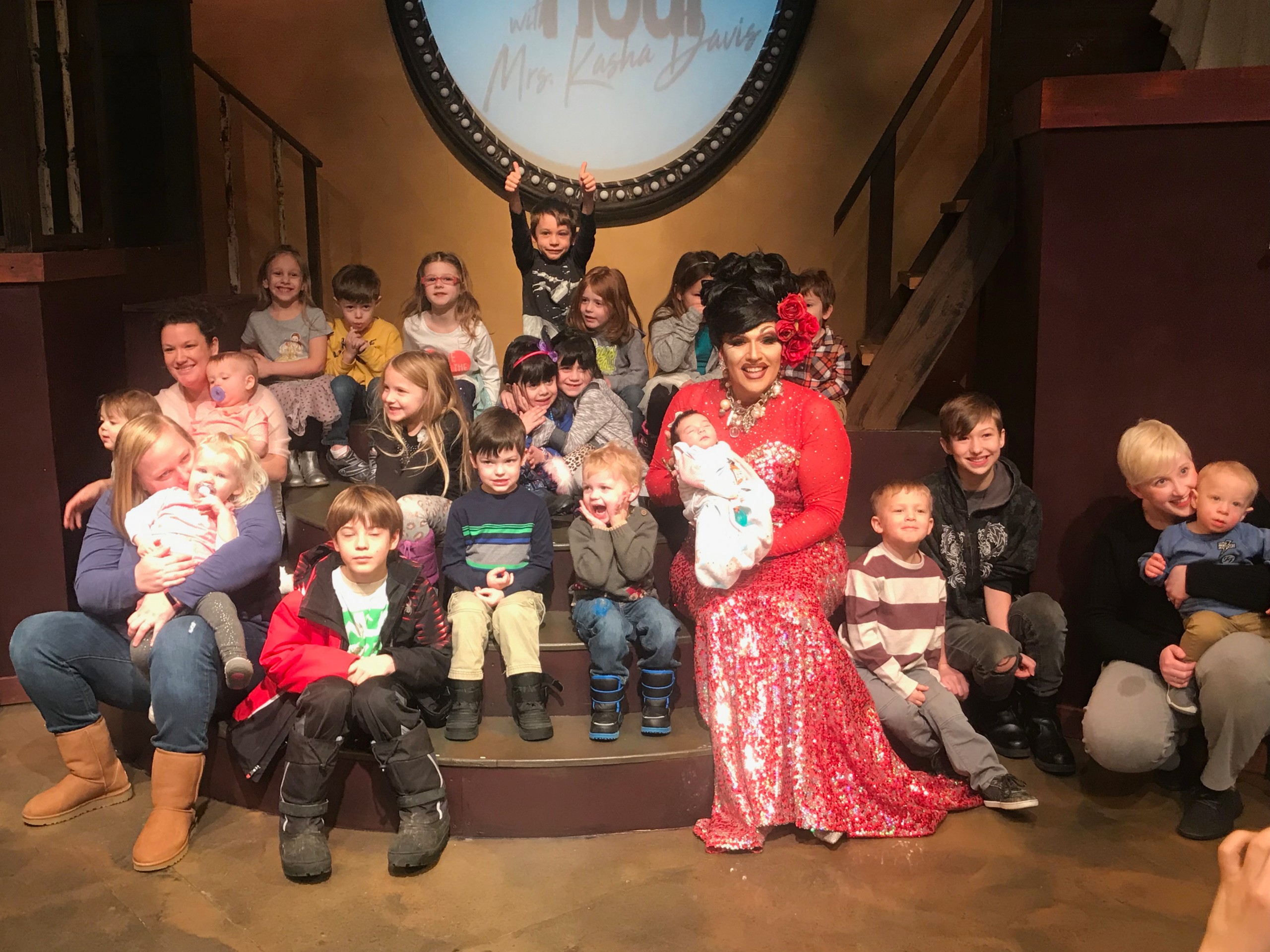 Drag Story Hour with Mrs. Kasha Davis on Saturday mornings exploded onto the Blackfriars stage in 2016 and within months, the theater was adding additional performances to accommodate its growing audience. With its roots in theater, Drag Story Hour with Mrs. Kasha Davis blended the reading of an inclusive story book with messages of diversity, kindness, and empowerment. Initially geared to attract families with young children, the theater saw its audience base expand to include teens and young adults eager to be in a place where they felt acceptance and support.

Over the years, Drag Story Hour with Mrs. Kasha Davis grew to feature original songs written by Blackfriars’ resident musical director Andy Pratt with lyrics by Popil in the style of songs Popil grew up with. For the past two years, the production has incorporated a video element created by Fish & Crown Creative, known locally for its work on Wegmans and Nazareth College advertising campaigns.

During the pandemic, Drag Story Hour went virtual with more than 100 story times available over social media. Popil and Levins, who broadcast virtual story times twice weekly from their home, note that there is definitely a hunger for content like this. “The attraction was not really about drag; it’s about kindness, gratitude, and the wonderful messages in kids’ books. Kids are watching, but parents from all over the world are responding, saying, ‘Thank you for the message. My kids are loving it, but I am too.’”

All this attention inspired Popil to reach out to his trusted partners at Blackfriars and Fish & Crown Creative to take the next step in the life of this family-friendly phenomenon: a television series called Imagination Station with Mrs. Kasha Davis. 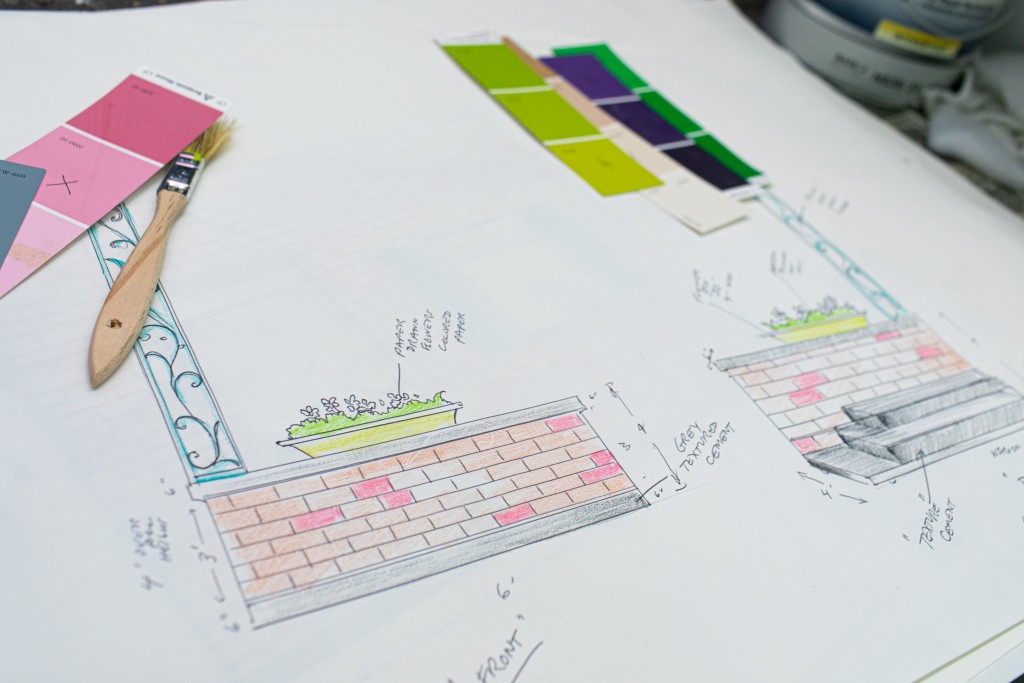 Filmed on-stage at Blackfriars Theatre and set in the house of Mr. and Mrs. Davis, the show has something for everyone and pays homage to classic ’60s television, providing a representation of a devoted couple living a traditional suburban life. “We are excited to show Mr. and Mrs. Davis—a retro couple who have an everyday, normal life,” says Popil, “It’s made even more interesting as we want to discover how Kasha navigates through her community.” There are other fun characters that make appearances, including the local librarian (played by Popil’s stepdaughter, Melissa, who is a librarian in real life and serves as the literary consultant for the series) and a turquoise-and-pink feather boa puppet named “Boa.” Set design by the masterful Jack Haldoupis is nothing less than magical. There are original paintings, florals, feathers, color, and an eight-foot storytime chair for Mrs. Kasha Davis to read from with detail guaranteed to spark anyone’s imagination. “Working with Jack Haldoupis allows us to create magic like nothing that we’ve ever experienced,” says Popil.

The writing process involved Hoskins, Hoffman, Popil, and Ben Gonyo, owner of Fish & Crown Creative and a member of the core creative team for Imagination Station with Mrs. Kasha Davis. “Everyone on the team has kids,” says Hoffman, “so we approach the roundtable writing process with the sensibilities and experiences of parents.” Those qualities, and a sense of humor, have helped the project bloom beautifully.

For the creative team, Imagination Station is a way to promote Rochester to the world, as every element is sourced locally—from local acting talent, the set design, and hardware and lumber to videotaping, postproduction, and editing. Even the script contains elements of Rochester—Mrs. Davis dreams of getting her own Kodak Instamatic camera and loves to shop at Wegmans.

For Popil it is a passion project. “I looked back at the TV shows and movies of my childhood and there was no one in the LGBTQIA+ community that could represent me,” comments Popil. “There was never an honest example of a person living their honest life.” Historically, it was actors like Rock Hudson, Cary Grant, and others who had to hide their authentic selves. Imagination Station is all about having the permission to be who you are authentically, without the constriction of stereotypes.

The initial response to the Imagination Station project has been incredible. Hoffman and Popil have taken a “pumps on the ground” approach to fundraising for this effort, securing a lead sponsorship from Trillium Health with additional sponsorship support from the Bachelor’s Forum and Norman Horton. Together with the project’s GoFundMe account, they’ve raised more than $30,000 to help underwrite the costs associated with producing original content for television and readying the series for presentation to major streaming platforms.  It wrapped up filming in August and, after time in the editing and postproduction suites, will be ready for the world.

What do they hope happens with the project?

For Popil, Hoskins, Hoffman, and Gonyo, the goal is for this series to be picked up by a major streaming network, enabling this whimsical family program to become accessible to those outside of our region. “We are laying a foundation for the next generation: to challenge traditional ideas of gender, normalize living authentically, and create feelings of acceptance and empowerment—that whatever makes us different also makes us special.”

For Popil, being Mrs. Davis is a way to keep his mother and grandmother alive through his character and a way to connect with his community. “I’ve had a wonderful ride working here in Rochester with area theaters,” says Popil. “After RuPaul’s Drag Race and Workhorse Queen, I know there’s truly no place like home. Creating something in our own community with people that I’ve worked with during my years here is a dream come true.”