Two comedians share the stories behind our favorite local eats

I met Dario Joseph and Chris Thompson at Mercantile on Main, which is easily the coolest new food place I know. I sat down at one of the tables arranged in the center of the plaza for people to gather like a hive, surrounded by several new eateries, a coffee spot, and a cocktail lounge. The first thing I asked was if they had any other stops that day for their podcast, Refined Taste.

“Well, we just came from Bodega, on Park,” Joseph told me.

I had no idea what they were talking about. I consider myself pretty in touch with the food scene in Rochester, but I soon learned that I didn’t even have my finger on the pulse. I was way off, perhaps in the armpit, while Joseph and Thompson have been at the forefront of the scene for a while.

Refined Taste serves up the ultimate combo of laughs and the best food recommendations in Rochester. Every Monday you can find Joseph and Thompson on their live Zoom podcast with a local representative from the food scene on their Facebook page. If you miss it, you can watch the video archived on Facebook or listen to the audio on podcast streaming platforms. They met doing standup around Rochester at similar haunts and found they had similar ideas but remained what Thompson describes as “handshake buddies” until the idea for the podcast was born.

How did the podcast form out of your friendship over comedy?

Chris Thompson: We should go back to Sweet Mist. About a year before [the start of the podcast] Sweet Mist [a high-concept ice cream shop in Henrietta] was about to open. I got an invite because I was writing for CITY newspaper, to cover Sweet Mist’s opening, and I invited Dario along. And we loved it; it was great.

Dario Joseph: I think it just came out of—you were doing these, and I was jealous of what you were doing. I was so envious. “Oh, you mean you just get to go to these places, hang out, get free food, shake some hands?” I was just like, Chris—I texted him, [gestures to Thompson]—and I‘m like “Hey the next time you go on one of those things, can you invite me?” I invited myself on to it, and that was a lot of fun.

Joseph and I nod sympathetically. I, at the very least, was familiar with that feeling and especially the concentrated force of it during the start of the pandemic. 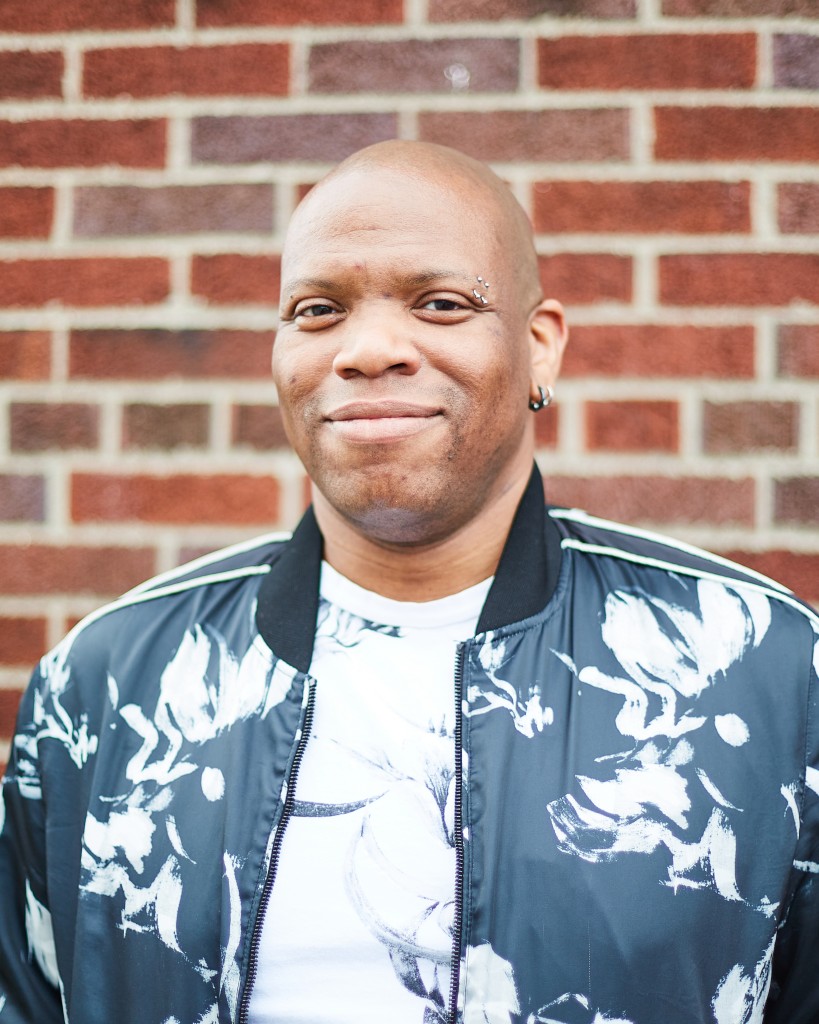 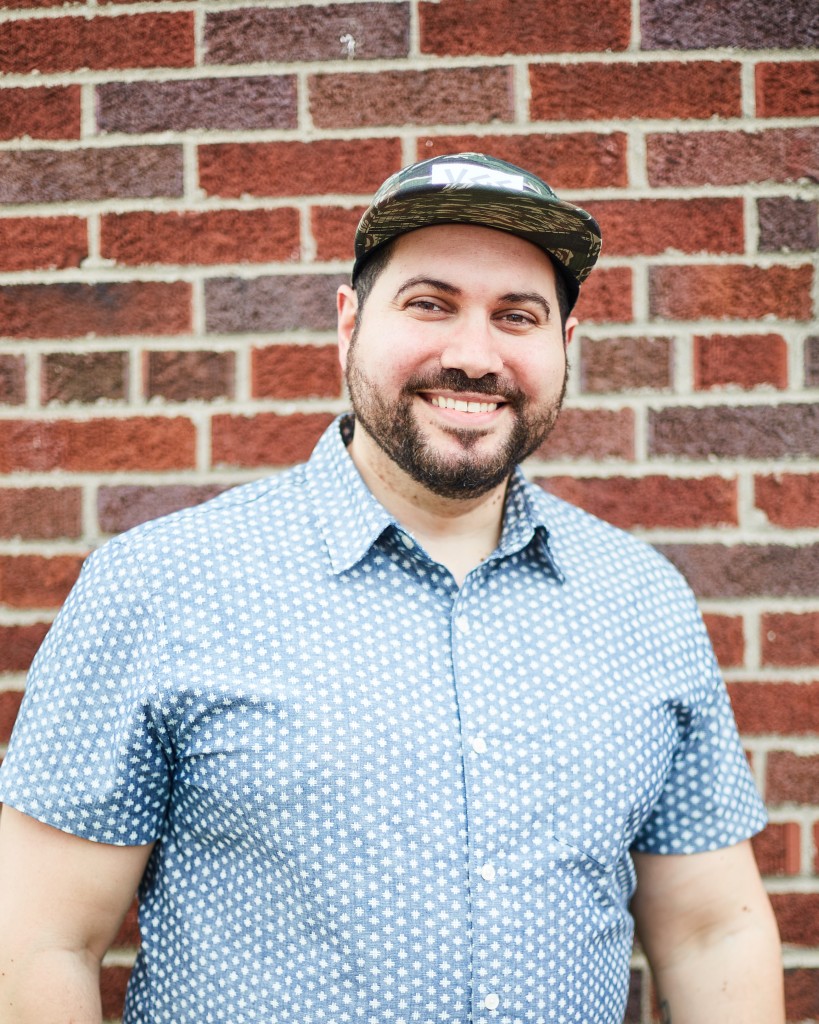 Thompson: Then when I was finally able to go out, nobody wanted to do anything online. And then, out of the blue, Dario texted me and was like “Hey, what would you think about doing a food-based podcast?” Kind of like the stuff [Dario] was doing in the beginning, where it would be on Facebook live, we would record it, it would be a podcast, and we would just focus on local businesses around town.

Since the start of the podcast in July 2020, Refined Taste has sampled fine eats all over Rochester and brought the back of house forward so we can meet the people behind the food.

Joseph: We wanted to put a strong spotlight feature on people of color, women, and LGBTQ[-owned businesses]. If you go through our guests, you can definitely notice that.

Yes, I noticed that. The focus appears to be on not just “popular businesses” but also places maybe not everyone has heard of that uplift women, POC, and LGBTQ+ owners. Do you feel the purpose of the podcast is to bring attention to places people may not have heard of or more to show the faces behind the businesses we know and love?

Thompson: I think both.

Joseph: Yeah, I definitely think both. A lot of the people we feature—I mean we want interesting stories, but at the same time we want people who … maybe you wouldn’t know their story. This is a place you’ve gone to for years; you might say “hi” to the owner, you might know them by name, but you just don’t know what their life was going up to this point, how they even came to this country. We’ve had so many different immigrants [on the show]; we’ve had Fidelio from Neno’s; we had Sweet Basil. These stories, we love that. The pandemic has pushed these people to the brink, and still they persevere. We want those stories.

Thompson: We also started doing this right around the time of the protests, and there were a lot of lists of places we “shouldn’t go.” Maybe the owner had said something we don’t agree with … you know. So, Dario’s whole idea is focus on the positive. We know like, don’t go to this place, don’t go to that place. But where should we go? And people kept asking me that: Where should we go? It just happened that right around that time Dario reached out about doing this podcast.

All of your social media is very active. When I first found out about the podcast, I immediately thought that food is such a visual and sensory experience, but a podcast is so auditory. But you’re very active with the visual mediums—through the Zoom recording, through Instagram. Was there a learning curve to having a podcast about food?

Joseph: Oh, definitely. From the beginning we made it our mission to take pictures. It’s obvious that there’s a huge foodie population in Rochester; that’s a huge demographic. But at the same time, that’s not what we are. The social media is a companion to the podcast. The funny thing is that we do the podcast live. It’s always been live. I think it goes to us being performers.

Yeah, I think there’s a certain amount of intimacy to have the whole podcast unedited in its full form live. Do you think the format will change in a post-pandemic world?

Thompson: As of now I don’t think we’re going to change too much about the format. But we also know that we’re starting to grow. And as we grow, we know we will have to change the format a bit. 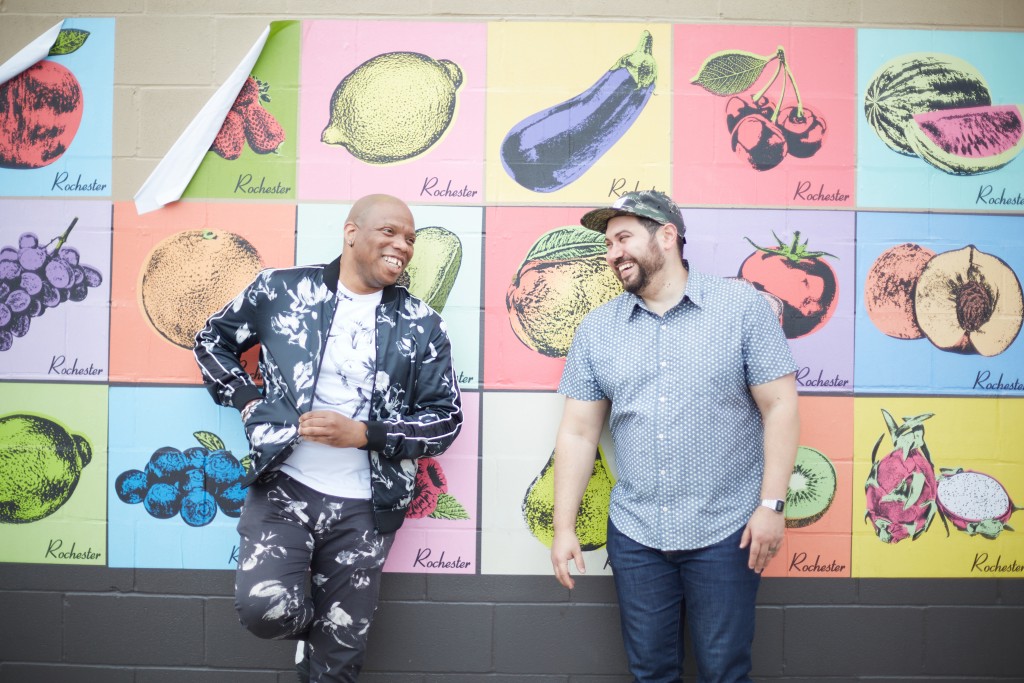 Thompson: I’ve heard nothing but positivity. Maybe somebody is hating on us somewhere, but they’re not letting us know. We’ve actually been getting a ton of love from the other food bloggers in town.

What have you learned from talking to all these business people? Life lessons? Anecdotes?

Thompson: I learned that, specifically [in] Rochester, this is the most cooperative food and service industry that I’ve ever seen. I’ve never seen anybody help small businesses build up so much as in Rochester. Like, y’all really, really care about each other. In the food service industry, they stick their necks out for each other. A big company like a brewery will have a pop-up come in and let them use their kitchen.

Joseph: Like you said, everybody does support each other. There’s such a tight network where everybody knows each other. We want other people to succeed, and honestly that’s what this whole thing is about. We’re doing this purely just to help out the community. Honestly, that’s what it’s about. Everybody is like “support local,” and that got really elevated through the pandemic, and we were always champions of that. That’s definitely part of why we started it. We want people to succeed; we don’t want these places that we love to close.

Before closing, I had one important question to ask both of the boys.

Okay, hypothetically, someone is visiting Rochester for twenty-four hours, and you can only show them around for one night. Where do you take them to eat?

Joseph: You have to start at the City of Rochester Public Market. There’s so much to see there; there are so many different options. On a beautiful day there’s great vibes. You can hit up Kat at Katboocha; she’s got a great new place.

So, the Public Market you’ve just got to hit up in general during the stay.

Joseph: Yeah, that’s a must-go. Instead of Wegmans we should be talking about the Public Market. It’s one of our jewels here for sure. We’d spend some time at Swiftwater; it’s a good afternoon drink-and-meet-up spot. And John’s Tex Mex is one of my favorite spots. We’ve been going for years and years; my parents love it.

Joseph: You gotta go to Abbott’s. Yeah, I used to work there. I love their chocolate almond. I used to experiment with some things—they didn’t take any of my ideas. I just drank milkshakes all day.

Thompson: Ok. Beverage? Easy. Coffee: Ugly Duck. Beer: Three Heads. If you want an alcoholic drink? For cocktails, you gotta go to the Daily Refresher; some of the best bartenders come out of there. If you’re just looking for wine, Apogee. When it comes to food, I’ve just gotta say it—it’s Bubby’s.

Thompson: They’re closed right now; the owner’s got a couple of health issues but I’m sure they’ll be back. That’s hands-down the best barbecue chicken I’ve had in Rochester. No shade to anybody else, but Bubby’s did it. And when it comes to like … I go to so many places, but when it comes to sushi—sushi is my favorite, so let’s go with Stingray Sushifusion. He had a truck, but he has a restaurant now, too. It’s just fantastic—he’s been a sushi chef for like ten years but he also mixes in this Latin American flair; he’s putting his own home recipes in with his sushi business. Hands down—I’m usually not into crazy … fusion … I mean anything “fusion” tends to just mean colonized, but this dude does it and does it right. He doesn’t take away from the fact that it’s a Japanese art form; he doesn’t take away from the fact that this is Latinx cooking; it is perfect.

Thompson: Oh! Yeah, dessert. There are a couple of places to go … Sinful Sweets …

Joseph: That’s a great spot! I mean you can sit down; you can have a date there—

Thompson: I had a date there! It was uh, well, I’m still single. But the date was good! The dessert was delicious!

It’s clear that under the neatly wrapped package of two funny guys talking about food is a real and deep love for our community and a desire to promote the businesses that have comforted them through food. Struck by their genuine care and obvious good taste, I decided to make a date with my partner to visit the elusive Bodega on Park that weekend, in search of what they call a “Hoppy Meal,” which is a combo that includes a sandwich, a bag of chips, and a single beer from the cooler. I heard from some pretty reputable sources that it’s worth the trip.

You can catch Thompson and Joseph every Monday at 8 p.m. on their Facebook page, Refined Taste with Dario and Chris, and keep up with them on Instagram at
@refinedtasteroc.