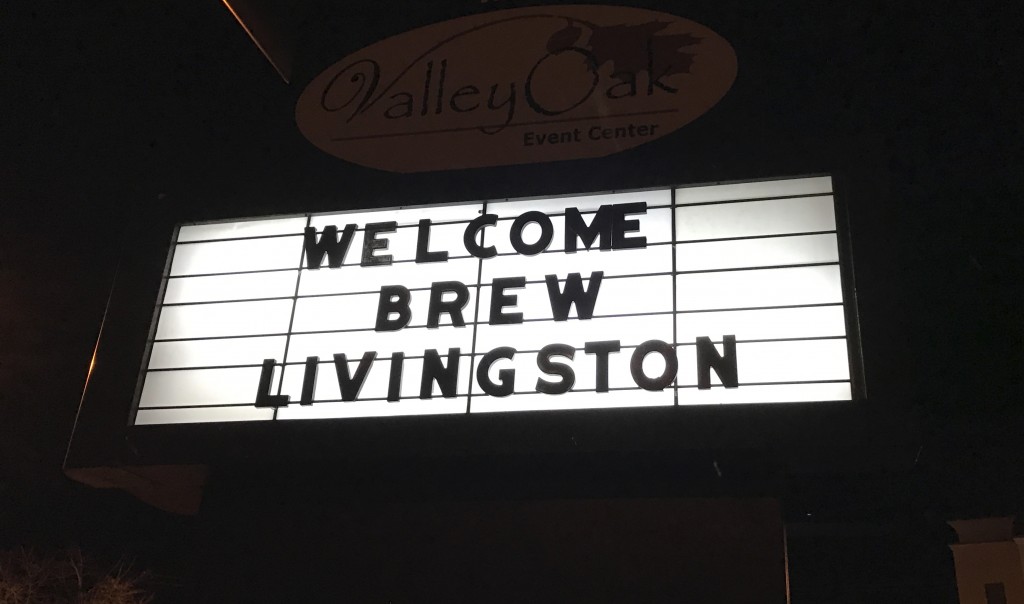 The process began in 2016 when Maureen Wheeler and her team realized that there were no breweries in Livingston. As Wheeler, the deputy director of the office puts it, “As an economic development office, we try to attract companies to come here, but part of it is we need people to work at those companies. So, we want people to want to live here.” For this reason, the team works toward elevating the quality of life for people in the area.

Rather than choosing to develop just one brewery in the area, the office decided the best course of action was to create a whole trail of breweries in the county. They applied for a grant from New York State and received $180,000. Saving a portion of that money for a “Brewery Bootcamp” class, the team then split it into several prize packages. Spreading awareness throughout the community, the economic development office distributed fliers explaining that the county had grants, services, and technical assistance to help growing breweries. Interested breweries were asked to submit a pitch video. During the submission videos, each brewery presented its financial plans, and from there the selection committee looked at the feasibility of each business plan as well as the readiness of the businesses and the geographic location selected (with the formation of a trail in mind).

From an applicant pool of thirty-five, fifteen breweries were chosen to move forward. 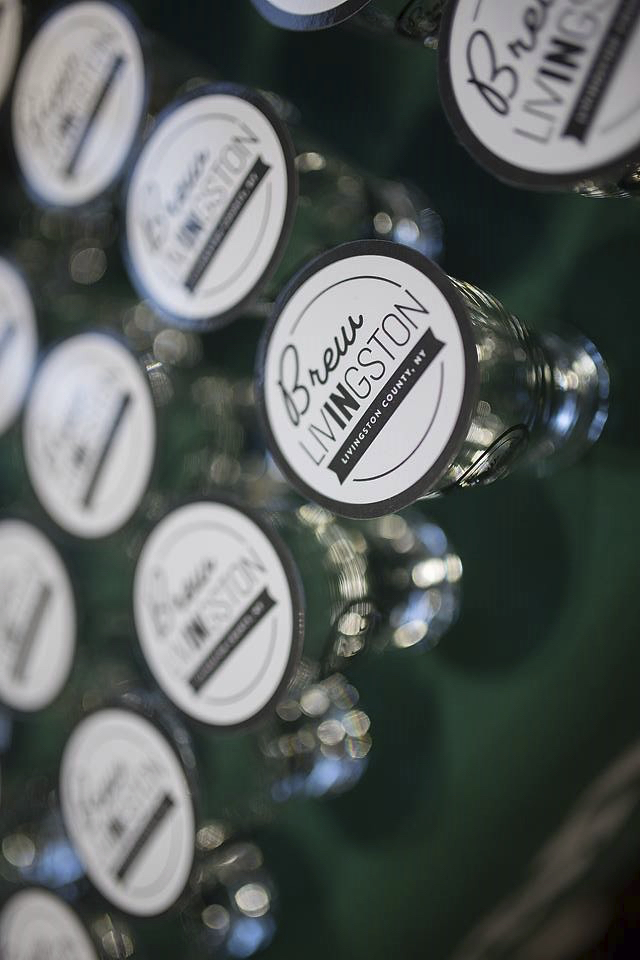 While the grant money may have gotten the attention of several breweries, the “Brewery Boot Camp,” or business class set up by the economic development office was where the real work began.

This class, run by the Economic Development office, covered the legal aspects of opening a brewery, accounting, marketing, and other entrepreneurial topics to ensure the breweries’ preparedness for success. Each week, the county called in a different nearby brewer to speak to the class. Among the speakers were representatives from Three Heads, Big Ditch, and the Silver Lake Brewing Project.

At first, the Livingston County staff were concerned about hostility among the brewers, as they were in competition with each other for prize packages and preparing to work in the same industry. But according to Wheeler and Jeff Riedl, co-owner of Rising Storm, the experience was very collaborative. Riedl mentions that customers approached him asking whether he was concerned about nearby breweries. When asked, he exclaims a resounding “No! I want there to be four more breweries and for people to come here as a destination because it helps everybody … a lot of other industries are cutthroat, but we don’t see that at all.”

Riedl attests to the popularity of the “Livingston Libation Loop,” the way that breweries in Livingston have now begun to form a trail. “We get people all the time who say they’re going to or coming from another brewery,” he says.

Riedl says that the boot camp class was “… the biggest benefit to us. It was all different to us … we’re homebrewers; we know how to make beer. But the whole business side of it … setting up a brewery was at times overwhelming, but that class helped and answered a lot of questions.”

When asked whether her office had a plan for how they were going to stay in touch and support the winners of the contest, Wheeler says, “I wish I could say yes. This really just came together … part of what we do as an economic office is business retention and expansion, so we regularly get out and meet with all businesses. In that sense, we have a process in place that we follow. But we learned so much specifically in the brewing industry. We had never had breweries here or worked with them, so things like wastewater and their utility needs were all things we went into this not knowing.”

The fact that the office was regulating the contest and these businesses meant that they had an answer to most of the questions. And when they didn’t have the answers to all of the questions, they made sure they knew someone who did. When concerns were raised about something, or there were roadblocks along the way, “LivCo” had the resources in place to contact to evaluate and then help solve the problem. In this case, quick thinking and adaptability were keys to success.

At the end of the class, the breweries were asked to submit full business plans. Of the fifteen, about twelve submissions came in, and four were chosen to receive the original grant package. The chosen winners were Mortalis Brewing, Battle Street Brewing, OSB Ciderworks, and Dublin Corners Farm Brewery.

The Rising Storm Brewing project ended up becoming bigger than originally planned, so the county applied for additional grant funding, eventually getting a separate and larger grant to develop the brewery.

The final “Livingston Libation Loop” map, which showcases breweries from the contest along with others, was created by Elise Barnard, co-owner of OSB Ciderworks. 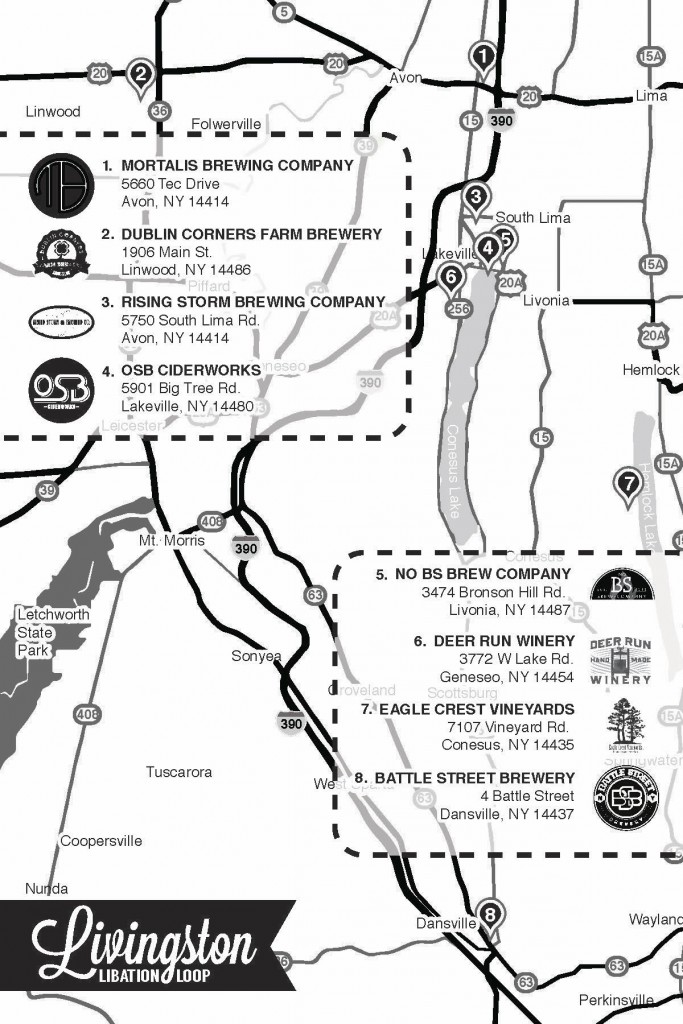 “The most difficult thing was the unknowns that we didn’t even realize. The zoning, the code, and the wastewater were not even on our radar when we started this” says Wheeler.

As the breweries worked through their class, the county quickly realized that the requirements of a brewery may not always fit with the town code of the location planned for the business. In tandem with this, several water treatment facilities reached out with concerns about the treatment of the brewery’s wastewater. At first it was discouraging.

The key, she says, was to move quickly. The Economic Development office adjusted its plan so as not to discourage the contest winners and participants, bringing in a specialist on brewery wastewater soon after to talk about the contents of the waste, what sort of treatment it should have, and what kind of capacity was needed from a wastewater treatment facility. The office also worked with each brewery to ensure that they could find locations to fit the necessary space and regulations for brewing. Wheeler herself helped select Rising Storm’s permanent location.

During the process of the boot camp class, some breweries chose not to continue to move forward. And yet, even that seems to be a success story. The class process may have helped some business owners to think through their process further before opening. And it’s encouraging to think that in the coming years Livingston County may have an even longer brewery trail yet. 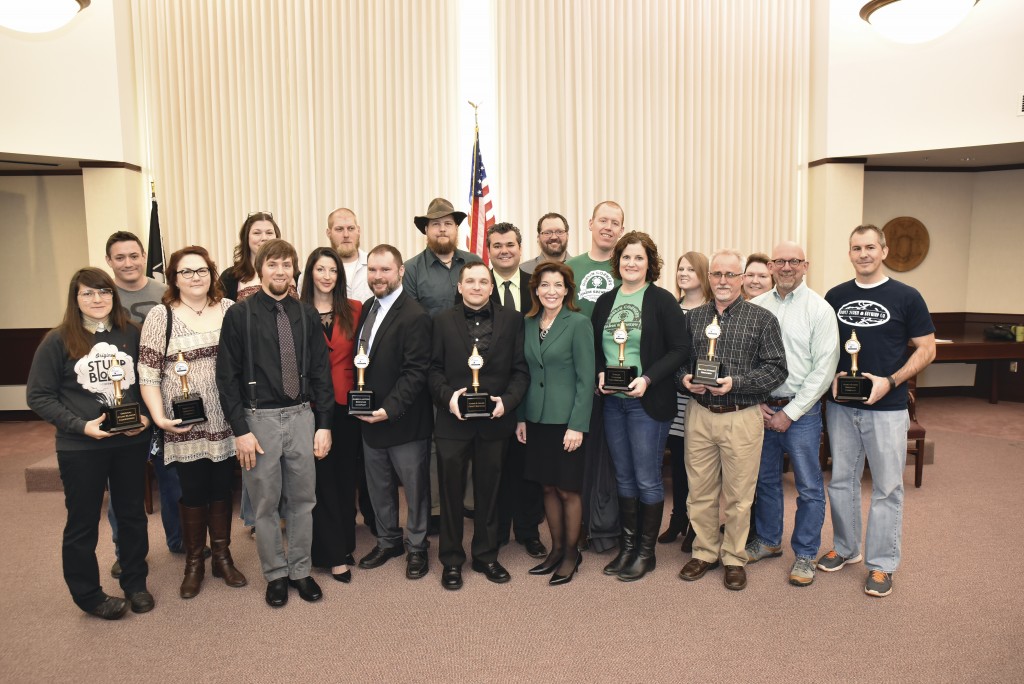 Winners of the Brew in Livingston contest

So, how did COVID-19 impact the success of these young breweries?

The answer is, it didn’t.

According to Wheeler, all of the breweries and the cidery have expanded and increased capacity since they opened. Again, many of these growing businesses benefited from their preparation, knowledge of their local resources, and, above all, adaptability.

Rising Storm found that the pandemic actually caused a surge in business. “When the taproom was shut down, we were just selling all of the beer to go, but we were producing as much if not more. It was eye-opening … our business hasn’t slowed down at all,” says Riedl.

OSB Ciderworks plans to double in size next year, and the others continue to grow.

And so, the story continues.