When Amanda Chestnut got a call from Jeanne Strazzabosco asking her to curate a series of chapbooks highlighting the lives of Black leaders in Rochester, she knew that the idea could turn into something special.

“Once we spoke the idea into being, it just kind of kept going on its own,” says Chestnut.

It wasn’t long before the texts, emails, and calls turned into a multibook project called In This Moment.

Chestnut and the In This Moment production team are publishing ten chapbooks profiling ten leaders and will include professional photos of each participant through the Visual Studies Workshop in Rochester. 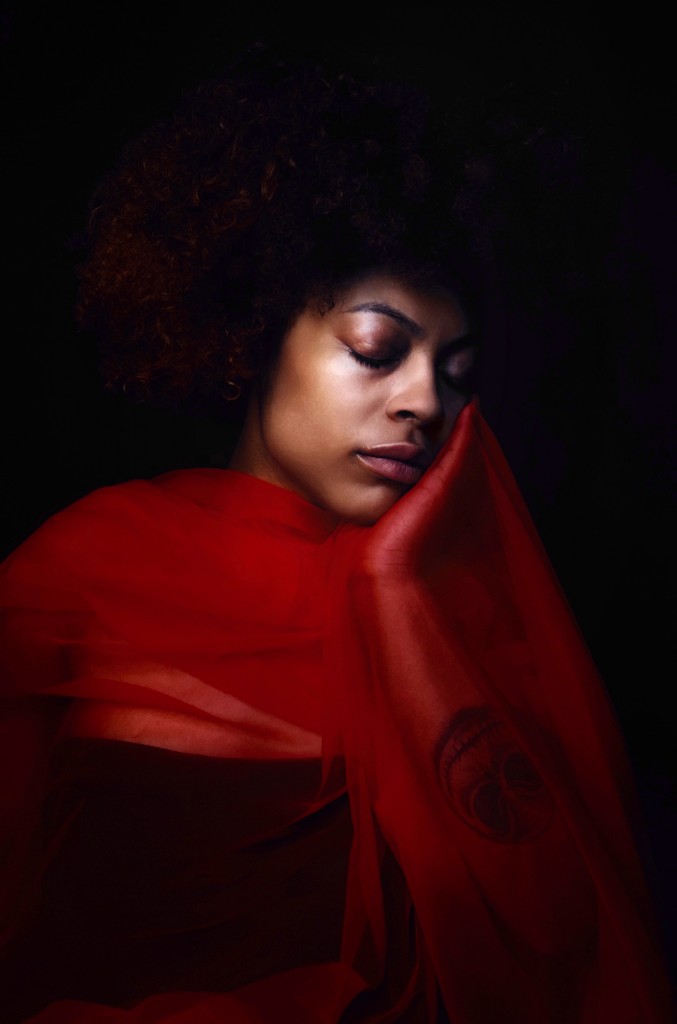 But what was the genesis of such an ambitious and wide-reaching collaboration? It started with a stunning photo of a Black woman draped in gauzy red fabric. Local photographer Adam Eaton posted the image on Facebook. Strazzabosco, a retired French teacher, saw the photo and was struck by its somber beauty. Eaton released it just as the world was feeling much sorrow and uncertainty amidst the beginning of the pandemic and the murder of George Floyd. Seeing that photo allowed her a moment to feel the intense sadness and despair of the world.

“I’m feeling it now just thinking about it,” says Strazzabosco.

She thought that perhaps Eaton would be interested in collaborating on a photography project centering around Black subjects. Eaton, though flattered, said he wasn’t quite ready for a collaboration of this scope. That didn’t stop Strazzabosco from moving forward. But she was advised to hire a Black curator to head up the venture. That’s when she reached out to Chestnut, who was on board right away.

“She wanted to do a project that could really elevate the voices of Black artists and Black folk,” Chestnut says of Strazzabosco’s idea.

Chestnut, a Rochester-based artist and educator, went to work selecting candidates for the profiles, but it was no easy task. Rochester is flush with dynamic Black leadership and talent, so she and Strazzabosco had a lot of decisions to make.

Quajay Donnell of Rochester is both a writer and a photographer for In This Moment and is thrilled about the different leaders included in the books.

“The scope of the folks that we’re profiling is absolutely amazing, so it’s an honor to even be included once but then to be included twice. I am writing a profile for Samra Brouk. And then doing the photos for Danielle Ponder,” says Donnell.

Writer Lu Highsmith is also happy to be a part of In This Moment. “Mine was really interesting because I had two generations of people. I had a mother and son (Dorian and Dorothy Hall) and was able to see things from the mom’s perspective, who’s been at their home for fifty years, and then Dorian who is probably a little bit younger than myself.” 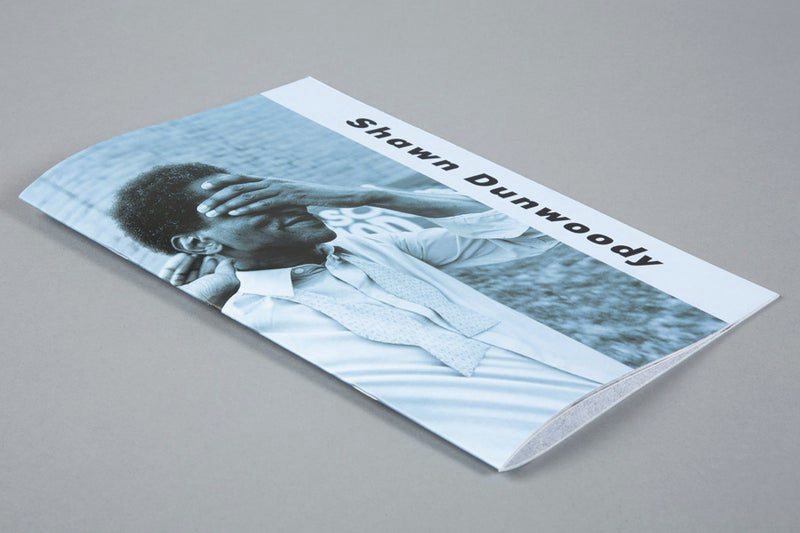 Cocoa Rae is the photographer for the book about Adrian Elim and is buzzing with joy over it. “Adrian … I think that is very divine energy,” she says. “I’m excited to capture that on my camera and see what we come up with.”

While the selection of the leaders was important, Chestnut notes that choosing the writers and photographers was just as crucial. “I wanted to build a team that would be able to build the best portraits,” says Chestnut of choosing the staff. “It was conscientious and deliberate.”

Even though the books are free, the team is not volunteer; each person working on In This Moment is paid staff. Chestnut was not going to ask for free labor.

“I’m not taking stories from people without compensating for that. Stories have value, Black stories have value in particular, especially to me, so everybody’s getting paid.” 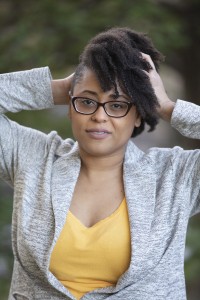 While the entire group is working tirelessly to bring this project together, the true heart of In This Moment is Chestnut.

Donnell expresses respect for Chestnut and her ability to curate a large group of artists for a project of this scope yet not micromanage their creative visions.

“I think that’s the embodiment of a curator, where she’s bringing creative folks together but then allowing us to do what we do and kind of curating that process in a way that it’s still our voice, our images, our work.”

Chestnut’s skills as a leader in her own right have “been amazing to witness,” says Rae.

She adds that one of the best parts of working on In This Moment is the opportunity to work with fellow Rochester artists and writers like Chestnut.

“It’s a great opportunity to be a part of a collection—a collection of work with amazing artists, photographers, and writers, and I’m super excited about putting this publication out. I’m excited to see everybody’s work and writing.”

After the first ten chapbooks are published, Strazzabosco and Chestnut hope to create a fine art edition and donate proceeds to the Avenue Black Box Theater in Rochester.

“I know we easily have enough people to do a second and third edition. If the money is available, there is no shortage of Black leadership in the city of Rochester that deserves to be recognized and highlighted.” 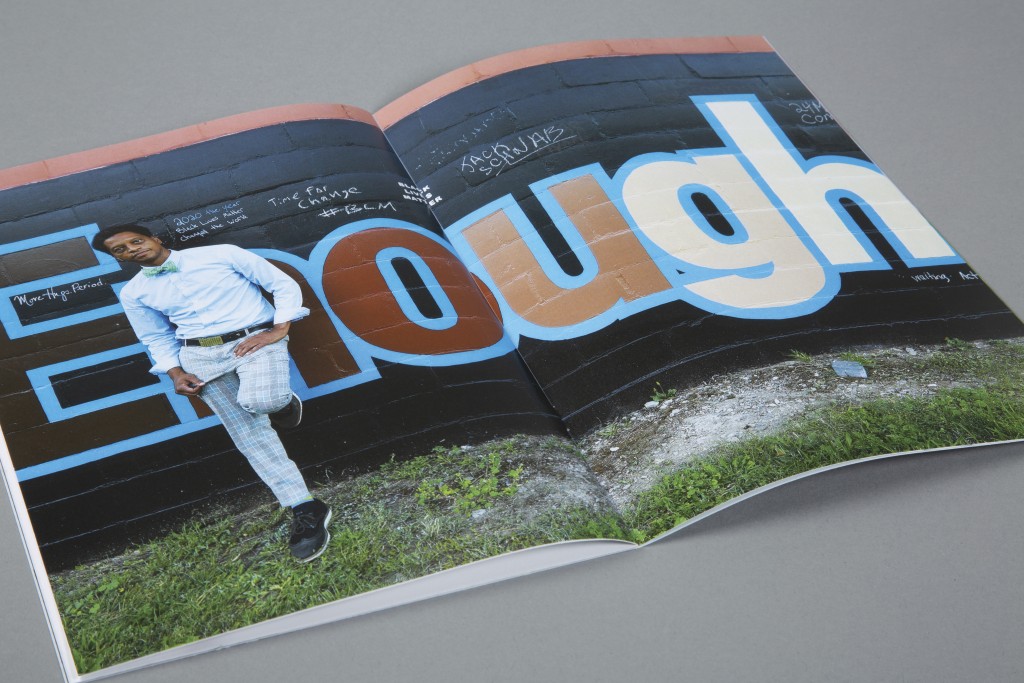 It’s also a love letter to the Black community and its leaders. “I almost want the audience to be the leaders,” says Chestnut. “I’d love them to love this representation of themselves and be proud of the work that they’ve done and see all of that hard work of their portraits. Because I think that if I can do that, everyone else will see it too.”

To get your copy of In This Moment and to donate to the project, visit Visual Studies Workshop’s site: bookstore.vsw.org.