Imbibe the spirit of spring 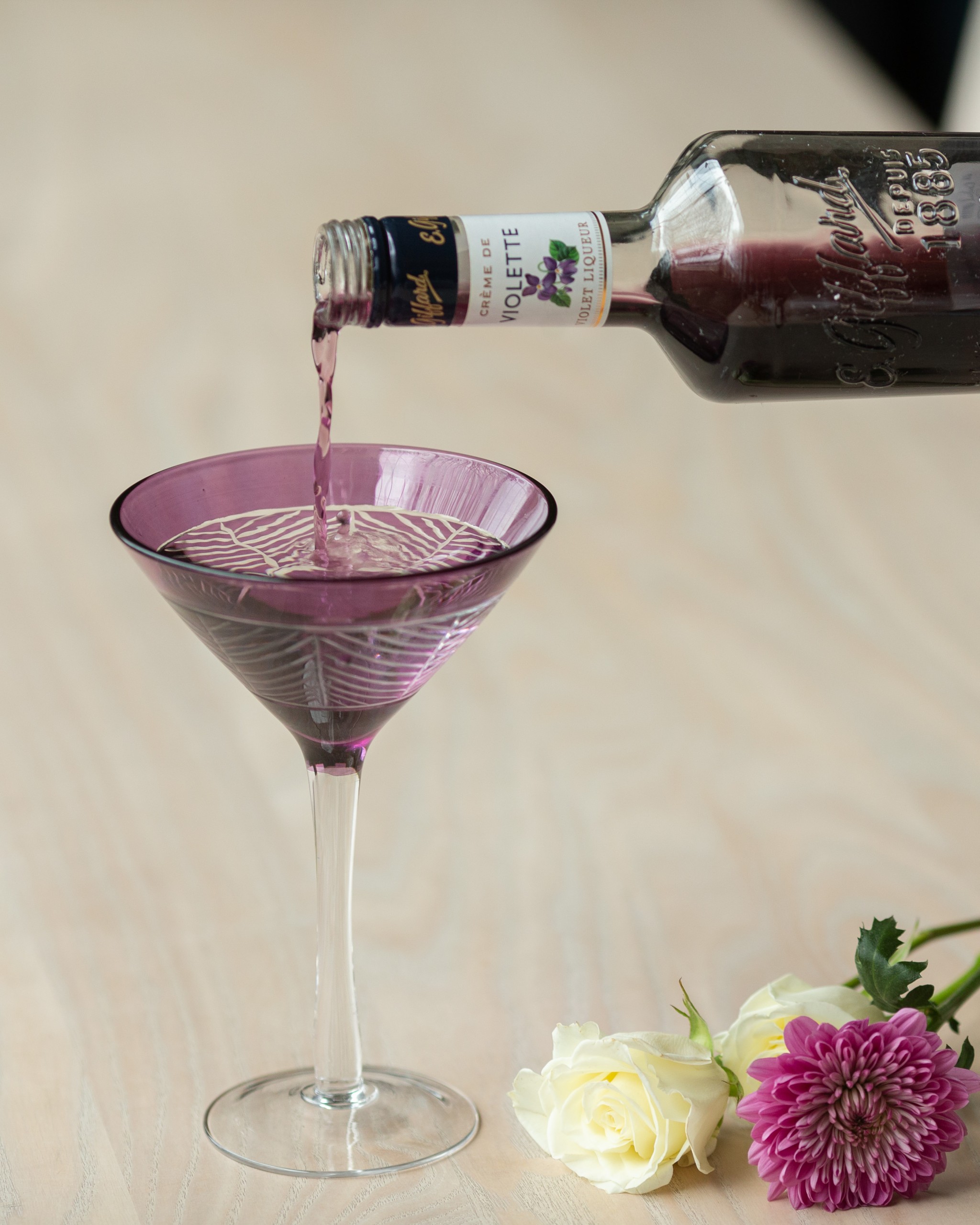 I remember my first floral cocktail. I was working as a chef in a cheesemonger’s shop in Virginia in the early aughts. The boutique happened to have a small wine bar in the back. One day I noticed the owner making a cocktail for a guest. It looked like a strange jelly-like sea creature pulled from a jar. When placed in a champagne flute and topped with tingly-tart sparkling wine, the creature began to bloom and fill the glass with a ruby hue. I later found out the creature was a jellied hibiscus flower, something I had not seen used in cocktails before. Edible flowers were not familiar to me then or on most cocktail menus. A few years later, when I became a bartender, I knew that I wanted to create cocktails featuring flowers.

Nothing says spring in Rochester like seeing ambitious plants and flowers peeking through the snow, just waiting for a chance to thrive. Our Flower City is aptly nicknamed, considering the floral explosion that happens every April and May and coincidentally, many of the flowers are edible, too! As a southerner, I like to imagine that our winter dormancy is so long and cold that the plants go into a deep sleep, resulting in an extravaganza of colors and smells come springtime.

Flowers enrich our culinary experiences by adding aroma, flavor, color, and decoration in the form of a garnish, stimulating multiple senses at once. The world abounds with numerous floral spirits and liquors. Most amari, digestifs, and liqueurs contain at least one if not multiple flowers in their secret ingredients. You probably drink them in your cocktails and aren’t even aware.

Flowers have been used in food and beverage since ancient times. Orange and rose waters are an ageless staple of Middle Eastern culture and cuisine. Hibiscus tea originated in Africa and is used in Central America and Jamaica to make agua fresca. Creme de violette, a violet flower liquor, has been in production since the Victorian Era when violets and violet candies were in vogue.

Lilacs are locally beloved, with an entire festival dedicated to their season. Many local cideries and distilleries offer lilac-infused products, just in case you don’t get a chance to catch the blooms. Most notable are Blue Toad Lilac Cider and Black Button Distilling Lilac Gin.

St. Germain, an elderflower liqueur, is another mainstay in a bartender’s arsenal. Lovingly referred to as the “bartender’s ketchup,” it tastes good in everything. Some other unexpected flower ingredients are saffron (the stigma of the saffron crocus flower) or vanilla, which is actually the bean-like fruit of an orchid. Strega, Benedictine, Yellow Chartreuse, are all saffron-infused spirits, some also containing vanilla.

Before you run to the garden or the floral department at Wegmans, it is important to know which flowers you should NOT put into your cocktails. Most flowers at best have an unappetizing taste and at worst can be fatal. Some flowers you can only ingest a certain part of, not the whole plant. While not a flower, apples are infamous for containing arsenic in their seeds, yet we don’t think twice about eating them on a daily basis. Most store-bought plants are treated with chemicals and pesticides that are harmful to humans. A safe bet is to stick to ingredients intended for human consumption such as edible flower waters, syrups, and liquors.

Fee Brothers, a local and historical bitters company, has a line of botanical waters such as hibiscus, jasmine, and rose. A small dash into a sparkling cocktail such as a French 75 will take your bartending skills to the next level.

The trick to making cocktails with flowers is to use them sparingly. It is too easy to overpower a drink and end up imbibing a glass of perfume.

Citrus is a flower’s best friend (though technically its child). Citrus oils balance out the perfumy quality of floral ingredients and heighten their aroma. Cider, kombucha, verjus, sparkling wine, and dry white wine pair wonderfully with flowers due to their own natural acidity. Honey, vanilla, herbs, and fruit are also great bedfellows. Vegetables such as cucumbers and peppers add a verdant and refreshing quality to drinks.

Another way to incorporate flowers into your drinks is with floral teas. Brew to a concentrate, add sugar to make a syrup, and chill. Make it the same way you would a simple syrup with a 1:1 ratio of sugar to water, or in this case, tea! If you are using hibiscus tea, adjust your citrus amounts in a cocktail to account for the deliciously tart hibiscus tea.