How to win ferns and influence pothos

The Royal Horticultural Society in London conducted an experiment. They wanted to see if talking to plants boosted growth, so they attached headphones to some tomato plants’ pots (adorable) and played voices reading scientific literature. Sure as shrubbery, these experimental plants grew faster than the control group. Researchers aren’t sure why this is. Maybe vocal waves stimulate certain growth genes. Maybe plants get lonely. In any case, it’s not a one-way street.

Ample research has proven that people who care for houseplants are healthier, at least mentally and emotionally, than people who don’t. A study published in the Journal of Environmental Horticulture states that living in or around green spaces and spending ample time in cultivated settings improves your mood, reduces negative effects of stress, stimulates positive behaviors, improves cognition, squelches aggression, and boosts overall well-being in people of all ages across a spectrum of living conditions.

Great, right? Unless, like me, you kill every plant you love.

Bonsai tree gifted for my sixteenth birthday? Dead. Lucky bamboo from New Age Creations in the Eastern Hills Mall? Dead. Ferns one–four? Dead, dead, dead, and dead. The succulent from my cousin Katie’s wedding? Dead before the father-daughter dance. I bought a giant palm last year, and a day later it was burned and brown. A palm, you know, like they have on the equator. I overwhelmed it with heat. Dead.

So why am I, one of Better Homes and Gardens’ ten most wanted, giving you advice on how to care for houseplants? Because I currently have thirteen leafy buddies thriving in my studio apartment, zero of which are plastic. If I can turn this corner, so can you.

To be clear, we’re talking basics here. If you’re looking for Houseplants 401, that class isn’t offered this semester. I am not an orchid whisperer. I maximize my chances for success by choosing species that are difficult to kill.

These are the Jason Voorhees of plants—those that can withstand a bit of drought followed by a deluge of overwatering, a taste of soil depletion, and from time to time, a cat attack. Spider plants, snake plants, aloe vera, pothos, peace lilies, Chinese evergreens, Christmas cacti, and jade plants all fall into this category. With even the most rudimentary care, these varieties will maintain, if not flourish. Those rudiments, of course, are soil, sunlight, and water. 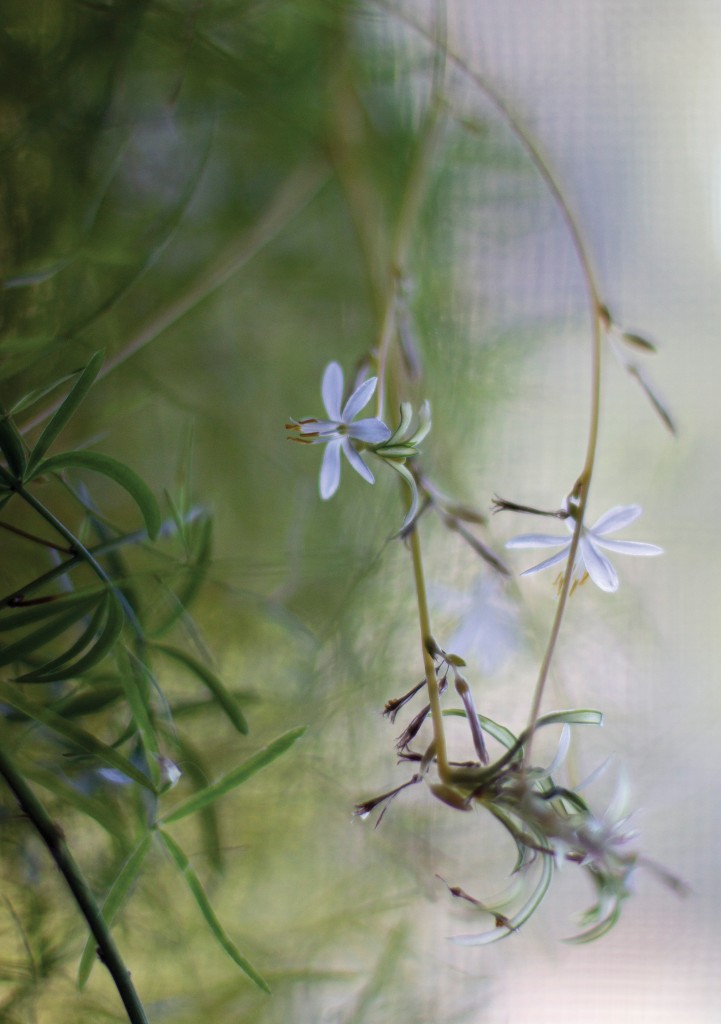 Spider plants aren’t known for their flowers, but they do blossom.

If your plants aren’t already in pots when you buy them, pick up a few terracotta pots with a hole in the bottom to allow for drainage. Often plants die not because of neglect but because of excessive care. If overwatered without proper drainage, soil remains so saturated that roots tend to rot. There’s no coming back from that. To ensure drainage, put some gravel or broken shards of other pots in the bottom of each pot before adding soil. Potting soil can be purchased wherever you’re buying plants.

Eventually, the nutrients in your soil will deplete. If the plant in question isn’t big enough to warrant a repotting (you’ll know because it will literally spill out of the pot, expose its roots to the surface, and change its mailing address), mitigate this by buying some fertilizer to add to your watering can. Miracle Grow is fine; you’ll likely only need to buy one container every couple of years. It doesn’t take much—only about a teaspoon of emerald liquid (yes, it looks delicious and no, you can’t drink it) per gallon of water, used between March and October.

Those months correspond with your plants soaking up the most sun. South facing windows are the ones you should pack with plants. Pay attention to how much light each species wants and don’t be afraid to ask for help before you buy. You’ll want to tailor your purchases to the amount of light you have available.

That’s a lesson I learned the hard way with the aforementioned palm. Asking for help after your plant is already dying feels like going to a doctor in the Middle Ages. The leaves are turning brown? Well, it could be you’re overwatering it. Or not watering it enough. It’s possible it could use more sun, or, on the other hand, the leaves may be burned by overexposure to … sun. Have you tried applying leeches?

Keep in mind that plants, like most Rochesterians, love warmth. Try to maintain an environment between fifty and eighty degrees Fahrenheit, with some air movement in the room. Temperature is also important when it comes to watering. Ice cold water will shock roots and hinder growth, and boiling hot water is even worse. Aim for room temp and really soak the soil. 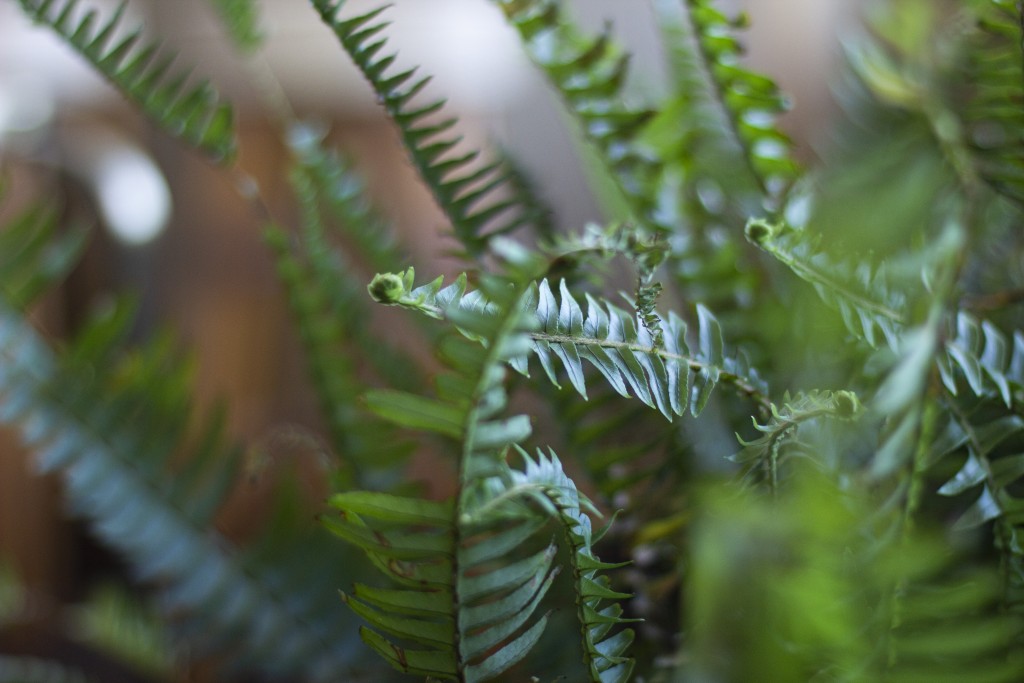 I water my plants once a week, but the best way to know if they’re thirsty is to poke a finger just below the surface of the soil. If it’s dry and soil doesn’t really stick to your fingertip, it’s time for a drink (for the plant, not you). When you see water leaking into the plate or basin under the pot, give it a few minutes to finish draining, then dump that water. This will prevent roots from rotting.

As you can see, this isn’t hard. Animals and children require much more attention than plants to survive, so you should be good. Start simple, provide drainage, ask questions early, put most of ’em in the sun, water when they’re dry, and, apparently, talk to them. They’ll grow happier, and so will you.

Pete Wayner is a food- and beverage-centric content creator based in Rochester.