Guardians of the lake

How Seneca Lake Guardian galvanized the Finger Lakes into regionalism

Seneca Lake is home to class AA drinking water for 100,000 people, but its location in rural Upstate New York has at times made it vulnerable to rapacious polluters. In the last decade, it has successfully defeated two potentially environmentally catastrophic facilities: an LPG (gas storage) facility in the Schuyler County Town of Reading, and a trash incinerator at the former Seneca Army Depot in Romulus. Both proposals were defeated largely because of the work of Seneca Lake Guardian, founded by Yvonne Taylor and Joseph Campbell. Formerly known as Gas Free Seneca, Seneca Lake Guardian has been credited with galvanizing the Finger Lakes into regionalism. Speaking to the legacy of the LPG facility battle, columnist Michael Fitzgerald wrote in the Finger Lakes Times in 2018, “A decade ago such a noxious industrial proposal would likely have sailed through local government approval processes, barely noticed by the public and facing only token opposition.” 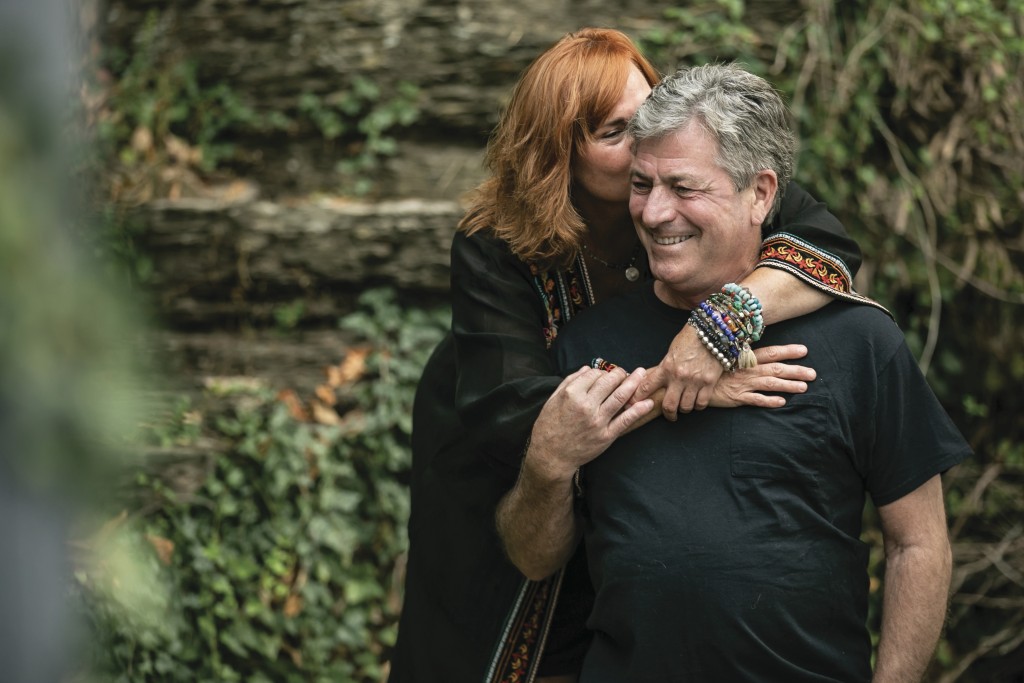 The founders of Seneca Lake Guardian have lifelong ties to the region. Yvonne Taylor grew up in Syracuse, but her family has owned property on Seneca Lake near Burdett for several generations, and she spent summers there as a child. She holds degrees from Elmira College and SUNY Geneseo and works as a speech therapist for at-risk youth. Joseph Campbell grew up in Bath and Corning, graduated from Corning West High School, and works as a chiropractor. In 2007, he was a recent widower when he docked his boat in Watkins Glen and wandered into a restaurant occupied by Taylor—who was dancing on the bar—with thirty of her girlfriends. “We were dancing up a storm, and Joseph was the only guy that happened to walk in,” remembers Taylor, who at the time had just left what could be described as a tumultuous and difficult marriage. “He ended up in front of me, and that’s when I just said, ‘You know, if you’re any kind of a gentleman, you’d help me down off this bar!’ and that’s how we met.”

Three years later, Taylor and Campbell decided to build a year-round home on property inherited from her mother. That’s when they caught wind of a proposal by the Kansas City, Missouri–based company Inergy LP for a $40 million LPG facility near the town of Reading in Watkins Glen that would be using salt caverns that were deemed to be unreliable. In December of 2010, Taylor attended a forum on the project in Ithaca and met Jeff Dembowski, who owned property in the Town of Reading very close to the facility. They formed an alliance that evening. “We started doing more research on the project,” says Taylor. “The more research we did, the more alarmed we grew. We thought, ‘Somebody’s got to stop this; it’s a really bad idea. Why isn’t somebody stopping this? We decided that we were going to have to be the ones to stop it.” By April, Taylor, Campbell, and Dembowski were holding a forum in the gymnasium at Watkins Glen High School that was attended by 800 people.

At the forum, the three began collecting names, phone numbers, and e-mail addresses, and assembled a list. Following the forum in Watkins Glen, they began working on getting businesses on board. “We realized that the wine and tourism industries were going to be severely impacted by this project if it were approved,” says Taylor. Initially, they received a little pushback, according to Taylor. “Business owners originally were a little reticent to get involved because they thought, ‘Well, this is kind of a political issue. We don’t really want to get involved in a political issue,’ but the more they learned about it, the more they realized that it wasn’t a political issue. It was, to us, the driving economic engine in our region, which was their business and their livelihood.” In 2011, they hosted two forums: one for business owners on the east side of Seneca Lake, and another for business owners on the west side. “By the time we were done, we had a coalition of 500 business owners who stood together to oppose this project because they knew it was going to be detrimental to their livelihoods.”

The first march was held in August of 2012. Two-hundred people participated in a walk that started and ended at Seneca Harbor Park and featured Lou Damiani, founding owner of Damiani Wine Cellars, and environmental activist Sandra Steingraber as speakers. During an early protest at the gate to the proposed LPG facility, three people were arrested for trespassing, and one, Susan Walker, refused to pay the fine and spent ten days in jail. “At another event, people got in canoes and kayaks and paddled over to the salt plant with ‘NO LPG’ signs,” recalls Taylor. Several more rallies and marches were also held in Watkins Glen. On August 18, 2014, the day the construction was scheduled to begin, another 400 demonstrated at the front gates of the proposed facility, now owned by the Houston-based Crestwood Midstream (which had bought Inergy). Another group, We Are Seneca Lake, emerged from this event, and nearly 700 more arrests would take place over the next four years.

Taylor and Campbell were not among those arrested, but one person who was arrested was Alexandra Bond, now winemaker and co-owner of Hector Wine Company. Back in 2014, she was arrested along with her now-husband in a protest in response to critics’ assertions that protestors were being trucked in from New York City and Ithaca. “I got involved with the protest because there was a threat to my home, my community, my industry, and the environment,” she says. “There was no way I could sit quietly while a Texas-based oil and gas company was trying to come fill unlined, abandoned salt caverns with proven fault lines full of methane, butane, and LPG. The evidence was clear.” 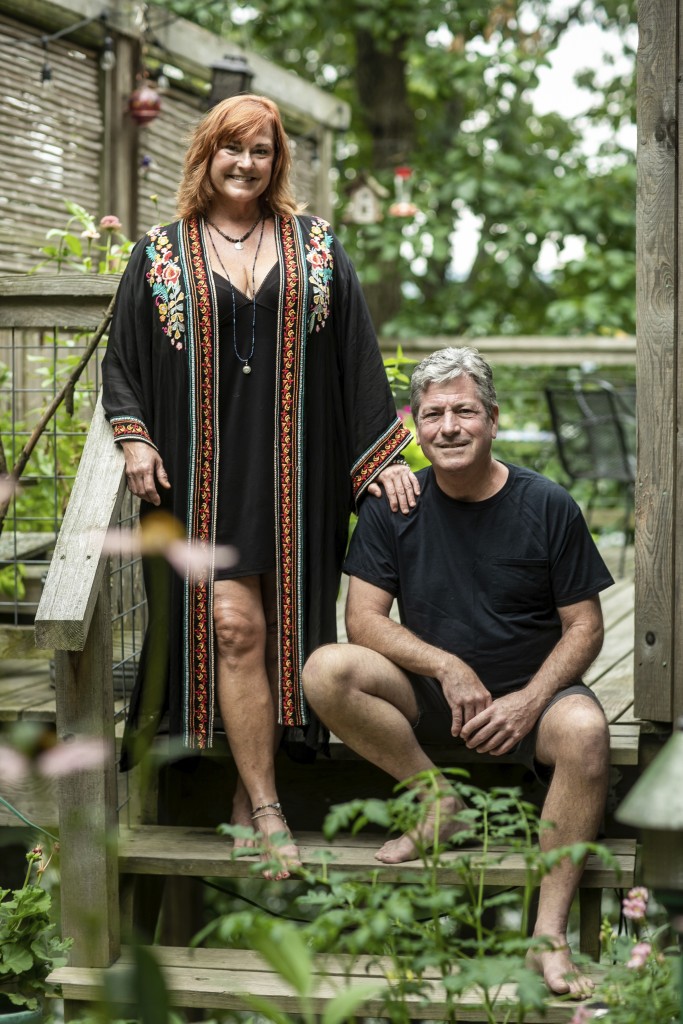 Meanwhile, Taylor and Campbell, along with local business owners, would travel to Albany to meet with legislators. “That day- to-day drudgery wasn’t fun,” opines Taylor. “It isn’t sexy. It doesn’t make you feel [that] good, necessarily immediate gratification like you’re doing something productive. But it was the necessary work that was required to stop the project.” Back in 2011, Seneca County unanimously passed a resolution opposing gas storage, which inspired Taylor and Campbell to travel to municipalities and attend meetings to encourage them to draft resolutions opposing the project. Eventually, thirty-two municipalities representing more than one million people came aboard.

One notable holdout, however, was the Schuyler County Legislature. Taylor attributes the holdout to the chair of the legislature, a retired engineer from a company with ties to Crestwood. Says Taylor: “They were being told by the corporation that if this project wasn’t approved, they were going to shut down the entire salt plant and 135 people were going to be out of work. So, it was kind of a bullying tactic, but the legislature bought into it.” Finally, in July of 2018, the Schuyler County Legislature held a meeting and drafted the resolution rescinding their previous support for the project. Later that same week, the New York Department of Environmental Conservation denied Crestwood a permit, effectively ending the seven-year fight. “They knew the denial was coming,  and they didn’t want to be left with egg on their face,” says Taylor of the Schuyler County’s reversal. “They held a meeting and drafted a resolution, opposing the project so that they didn’t look bad when it got denied.”

Just as victory with the Crestwood Facility was on the horizon, another potential environmental catastrophe emerged, this time at the former Seneca Army Depot in the Town of Romulus. Plans were under way to build an incinerator designed to burn 2,640 tons of trash per day. This project
would include as many as 240 trucks hauling waste, scrap metal, or other materials coming from downstate each day. Circular EnerG, a company that had been formed by the late Rochester-based developer David Flaum earlier in the year, was behind the proposal.

This time around, Taylor and Campbell had more help. Gas Free Seneca joined the Waterkeeper Alliance, becoming Seneca Lake Guardian. The Waterkeeper Alliance was formed in 1995 by Robert F. Kennedy, Jr., and has a network of 300 Waterkeepers and affiliates around the world. “They wanted a presence in Central New York and in the Finger Lakes region,” says Campbell. They had originally been approached by the Waterkeeper Alliance in 2015 but were preoccupied with the Crestwood battle at the time. Two years later, they applied. Says Campbell: “We sat down and put together an application to become an affiliate organization, and our application was accepted.”

Unanimous opposition happened almost immediately. During her gubernatorial campaign in 2018, Cynthia Nixon held a press conference in Geneva announcing her opposition to the proposed facility; a few weeks later, Governor Andrew Cuomo issued a statement saying that his administration also opposed the incinerator, stating: “The Circular EnerG trash incinerator project is not consistent with my administration’s goals for protecting our public health, our environment, and our thriving agriculture-based economy in the Finger Lakes.” At another press conference held at Ventosa Vineyards in Geneva, State Senator Pam Helming and Senator Chuck Schumer also stated their opposition to the incinerator. Taylor states: “We were amazed ourselves because as Deborah Goldberg, our renowned environmental attorney from Earthjustice said at our victory celebration for the gas storage project, what took us two years to do with gas storage took only two weeks to do with the incinerator.” Finally in May 2019, Governor Cuomo signed the Finger Lakes Community Preservation Act of 2019 into law, banning the construction of new incinerators in the Finger Lakes Watershed.

Now with the incinerator behind them, Taylor and Campbell are focusing on smaller projects and smaller but still significant battles. Earlier this year, they helped organizers in the Wayne County Town of Butler defeat a proposed sewage sludge composting plant. They are also assisting Cayuga Lake Environmental Action Now (CLEAN) and other organizations to monitor the Cargill Salt Mine located in the Tompkins County Town of Lansing and are monitoring a Bitcoin Mining Facility located at the former AES Greenidge Plant in Dresden, Yates County, in hopes of prohibiting them from using operations that emit harmful fossil fuels. Taylor and Campbell have been instrumental in informing the public about the presence of the “forever chemicals,” or PFAS, that have been detected in multiple drinking water sources throughout the Finger Lakes and have worked with other statewide organizations to convince NYS Department of Health to set Maximum Contaminant Levels (MCL’s) for New York State’s drinking water. They’re working on new legislation as well. With Syracuse State Senator Rachel May, they are working on a new law that would gradually eliminate dumping waste into waterways. And last December, Taylor and Campbell traveled to Costa Rica to meet the Waterkeeper affiliate there. Inspired by what they saw, they are working with an intern on criteria to create a lake-friendly business roster.

Having been warned that Crestwood would continue to operate under the radar in a “ninja-like fashion” (according to Taylor), there’s evidence that Crestwood may finally be pulling out of Watkins Glen for good. Taylor and Campbell continue to monitor the situation, though. According to Campbell, several wells that had been intended for gas storage had their permits modified this past February and are described as having been “plugged and abandoned.” Either way, the legacy of the Crestwood battle endures. Says Taylor: “The mindset in the past was each lake was its own lake, and it had its own kind of thing. They didn’t really talk across the lakes with one another. Now the mindset is the Finger Lakes is a Finger Lakes brand, and something bad that happens on one of the Finger Lakes is going to be bad for all of the Finger Lakes.”