Finley keeps on having a ball

Finley is great at fetching but not so good at returning. “My Dad would throw him a tennis ball; he’d catch it, drop it, then wait for my Dad to throw another,” says their daughter Erin Molloy (twenty-eight). Or, in a pinch, Finley lies on his back and drops a ball from his paws into his mouth. It’s his version of doggie solitaire.

The family, also including son Devin, now thirty-one, adopted Finley as a ten-week-old puppy in 2014. “Finley is the fourth golden retriever our family has had,” says Cherie. “I must say he is the most playful and entertaining one of all.”

By age two Finley was parading around with multiple tennis balls jammed in his jaws. He worked his way up to four balls and then unexpectedly—while Cherie was taking a video of Finley in 2017—he stuffed six in his mouth! This had to be a world record.

Turns out it was. 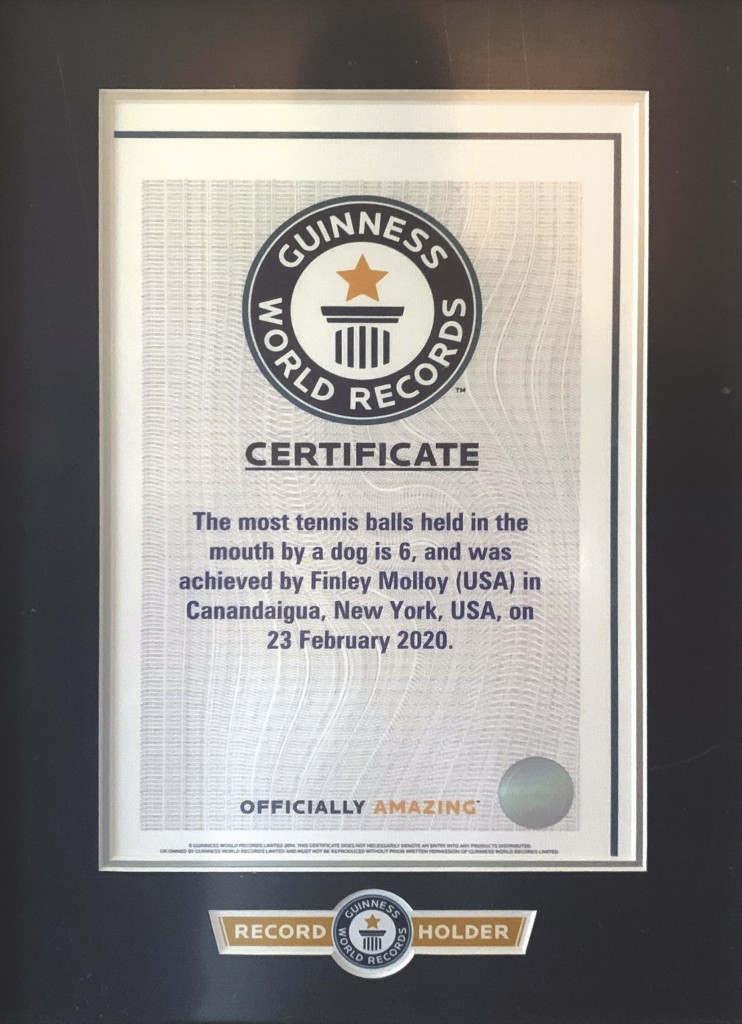 Erin got the ball rolling on researching Guinness World Records and discovered that Augie, a golden retriever from Texas, held the record at five tennis balls in 2003. Augie’s title was about to be usurped.

It would take three frustrating years to provide the detailed documentation Guinness required to make it official in 2020. In the meantime, Erin set up an Instagram account for Finley and began to share his adorable antics (@finnyboymolloy has more than 48,100 followers now). As his fan base swelled, stardom never went to his head. Finley was too busy chasing balls—on land and in Canandaigua Lake.

Fame continued knocking. Finley’s feat was covered nationally in USA Today and People magazine stories and even featured in the 2020 edition of the Ripley’s Believe It or Not book. In March 2020, right before the world locked down due to the COVID-19 pandemic, Finley appeared on the show Tamron Hall. It was the last live TV audience the show would have. Of course, Finley’s pawrents went with him to New York City for the taping. Cherie brought Tamron Hall a gift of Finger Lakes wines. 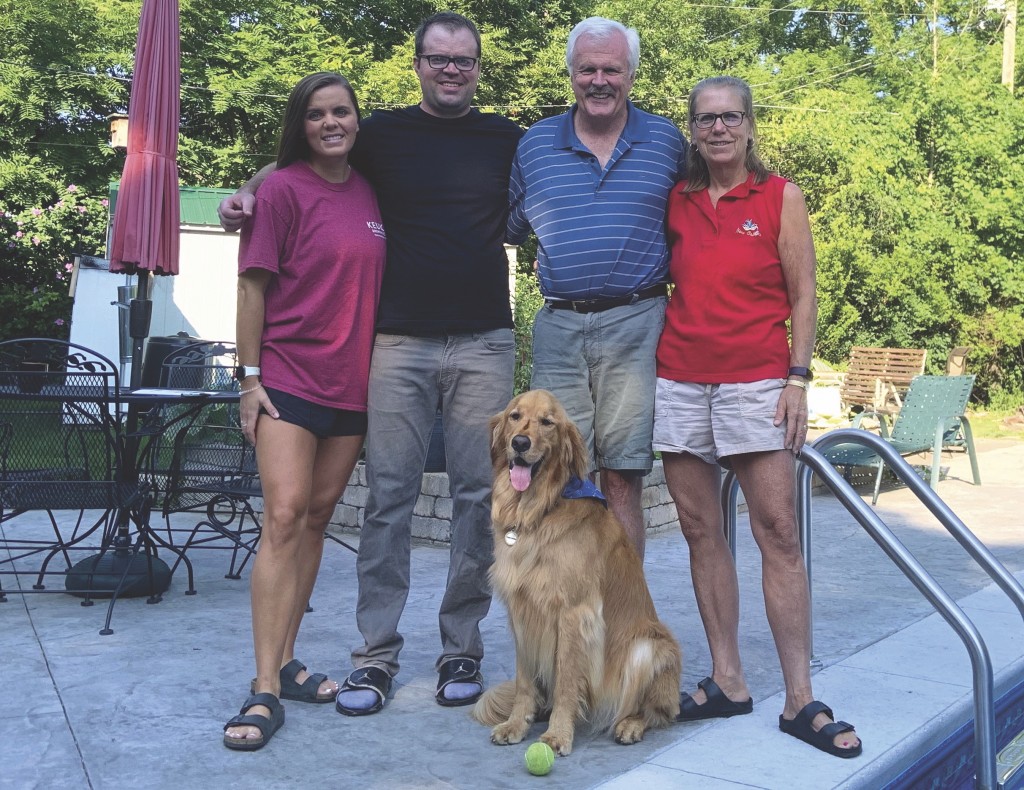 Back home, local appearances for Finley were canceled due to COVID restrictions, but the Molloys understood. They never expected any of the attention anyway. Cherie and Rob, now empty nesters, cherish Finley’s official framed Guinness World Record certificate, hung proudly in their home.

There is just one more bucket list accomplishment for Finley to come full circle. Paws are crossed that Finley will be a featured record holder in the 2022 edition of the Guinness World Records book, expected to publish this September.