The fanciful art of Sandra Charlap; photos by Michael Hanlon 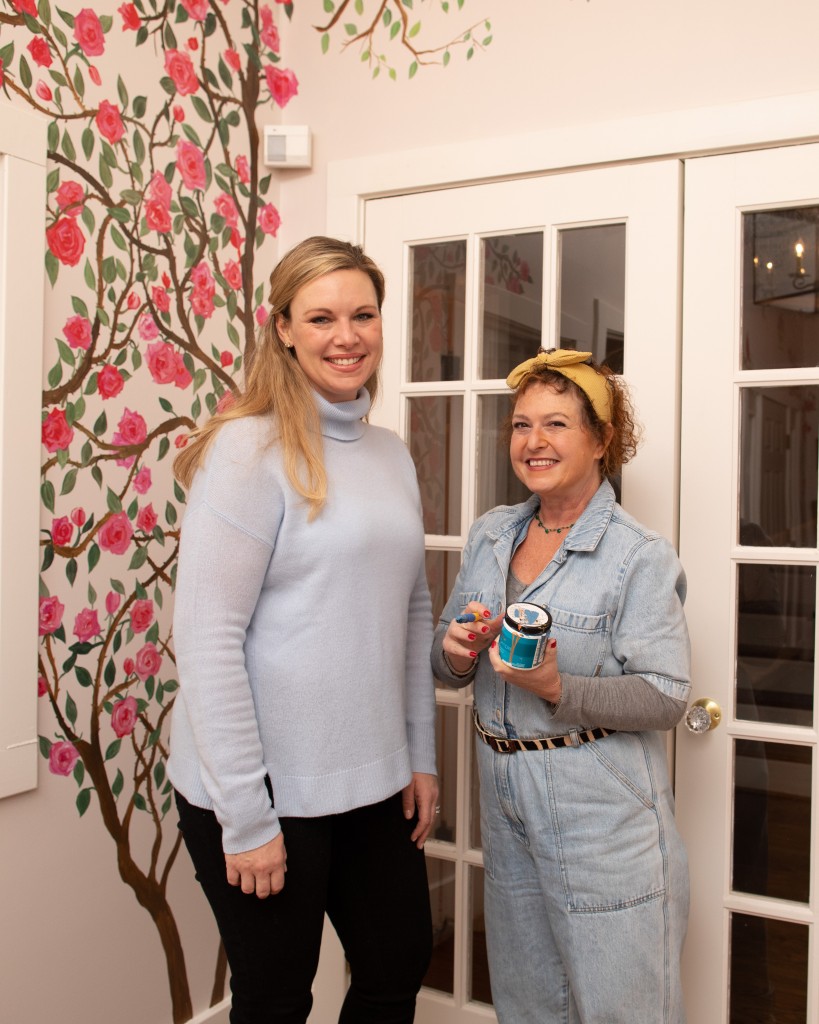 When asked how she hopes people will respond to her work, Sandra Charlap says, “I really hope they come away with the joy that I have in making it.” She laughs that “you’re not going to get dark and brooding from me…it’s that kind of a colorful, happy experience. My work is really about joy.”

Her love and enthusiasm for art is palpable. She loves painting on walls and on paper, using watercolor and oils, creating glass mosaics and bead work, and making pet portraits. “As an artist, I lead with curiosity.”

As part of her design process, Charlap automatically visualizes things in various permutations. “I’ll see something in my head and wonder how it will translate” to various mediums, she says. Although watercolor painting may be her favorite, she loves different types of art for different reasons. Glass work is relaxing; the more intricate it is, the more she enjoys working with it. And over the years, she has produced “probably well over a hundred” murals.

She does a lot of work in nurseries and is often asked to paint skies, clouds, and animals. Although she does create abstract pieces, for the most part she is “pretty representational” in her work, and people seem to respond to that. She likes to paint “hidden surprises” for children to find within the murals; little bugs and bees hidden in a garden mural, for example, draw people in to look closer. 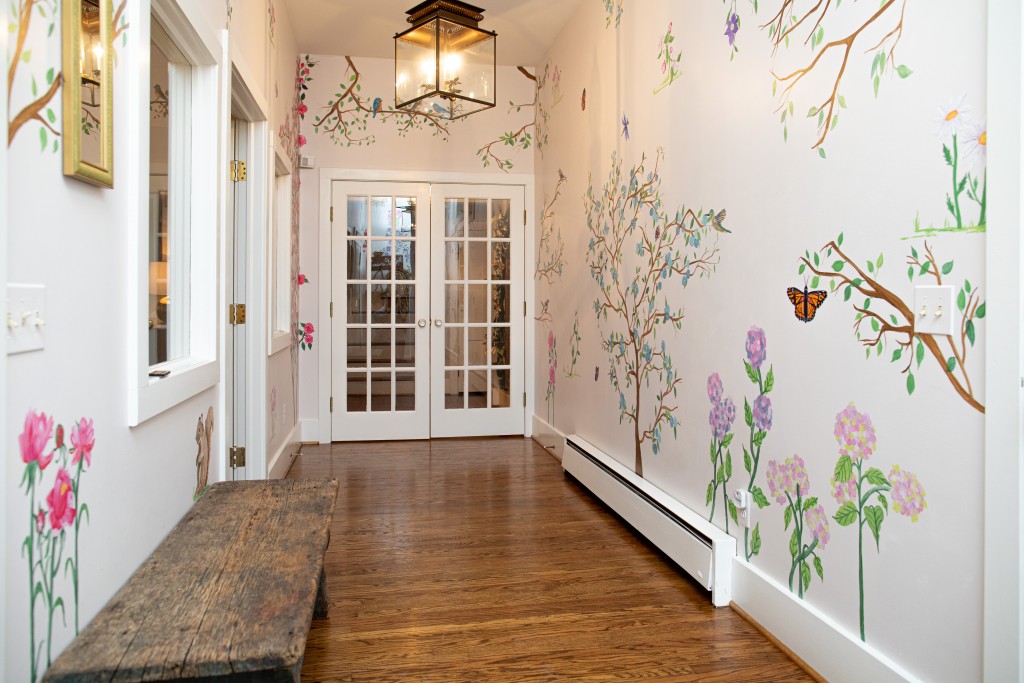 Charlap also runs theillustratedpet.com and loves to create portraits of peoples’ beloved pets. She likes painting all types of pets—she’s even painted portraits of hamsters. “People really seem to love [the pet portraits].” Some families order portraits of several pets and create a wall of her art.

Charlap also teaches classes—currently all online—and she has worked with everyone from preschoolers to senior citizens, as well as people with special needs. “It’s been a blast,” she says. She’s been teaching Zoom workshops for many types of large groups, including corporate clients. A generous instructor, Charlap is open to the ideas people bring to her. Workshops have centered around everything from making handmade holiday cards to paint pouring and even decorating cookies with food coloring gel. “You can do paintings on cookies!” This might seem like a pretty daunting variety of classes to have to prepare, but “I live in the idea of trying all kinds of stuff,” she says. She also teaches private one-on-one lessons. “I try to be really flexible, especially with people being home a lot more and looking for, you know, ways to expand their creative outlets.” It’s important to her that students walk away “wowed” and with a product that they perhaps never thought they could create. She especially loves encouraging students who might not think they have any aptitude for art. “You are talented,” she tells those students. “You just haven’t found your way in.”

Charlap, a New Jersey native, was an illustration major at the Parsons School of Design in New York City, which she says was a wonderful experience. Ever since then, she says “I’ve been working in illustration in a million different types of ways for all these years.” Charlap is not from an artistic family—her father was a stockbroker and her mother a homemaker—but her parents were very supportive of her decision to pursue a career in art. They were quite impressed, in fact, when right after graduation she began creating custom tabletop ceramics for prestigious department stores and earning a good living. “When I went to art school, I was not one of the most talented students,” she says. “But I was one of the most hardworking.”

The walls in the entryway of local physician Emily Dicesare’s house are a perfect example of the vibrance and creativity Charlap brings to her work as well as the attention to detail. The mural—full of flowers and animals—was the result of a two-year collaboration between Charlap and Dicesare. Charlap is currently based in New Jersey but spends a lot of time in Rochester because her longtime best friend lives here.

“I’ve just been coming up multiple times a year, every year, for more than thirty-two years,” she says.

She enjoys the Rochester area so much that she’s thinking of moving. Charlap and Dicesare met through mutual friends; they saw each other at parties and Dicesare really loved Charlap’s work, particularly the watercolors. Dicesare decided to commission a mural for her hallway, and it “was a really fun collaboration,” Charlap says. She enjoyed seeing how much Dicesare’s young sons and their friends liked the artwork, watching eagerly for each new animal addition.

Dicesare calls Charlap “an amazing person” and really enjoyed the collaborative process. The mural adds a lot of interest to the home, and visitors are immediately drawn to it. She wanted the mural to feel “a bit more like wallpaper,” she says, so some elements are repeated. As they worked on ideas together, the two women made a list of must-haves: a cardinal represents Disesare’s late father-in-law, “like he’s kind of watching over us,” she says. Four bluebirds represent Dicesare, her husband, and her sons. A regal peacock perches strategically, so he can be seen from Dicesare’s kitchen as well as the hallway. There are even birds in the mural that don’t exist in nature; they are purely the product of imagination.

When asked about advice for aspiring artists, Charlap emphasizes the need to work hard and not quit. She got good, she says, after making art every day for many years, and this consistency is key to her success.

“If you do it every day, you just get better.” Often, people are daunted if they don’t master the process of making art right away, but “if you really want to do something, you just have to put the time in and not give up so quickly.”

Don’t put pressure on yourself, she says. You can always get another canvas or piece of paper. Even if a piece of art doesn’t come out the way you expected, there may be a part of the artwork that is special or good or moves in the direction you want—what Charlap calls “a way in.” Keep trying, keep evaluating what does and does not work, and eventually you will create art that is as good as what you envisioned in your mind. “And it’s so satisfying and exciting when that happens.” You can see more of Sandra Charlap’s work at sandracharlap.com.