Coming of age as a queer superhero 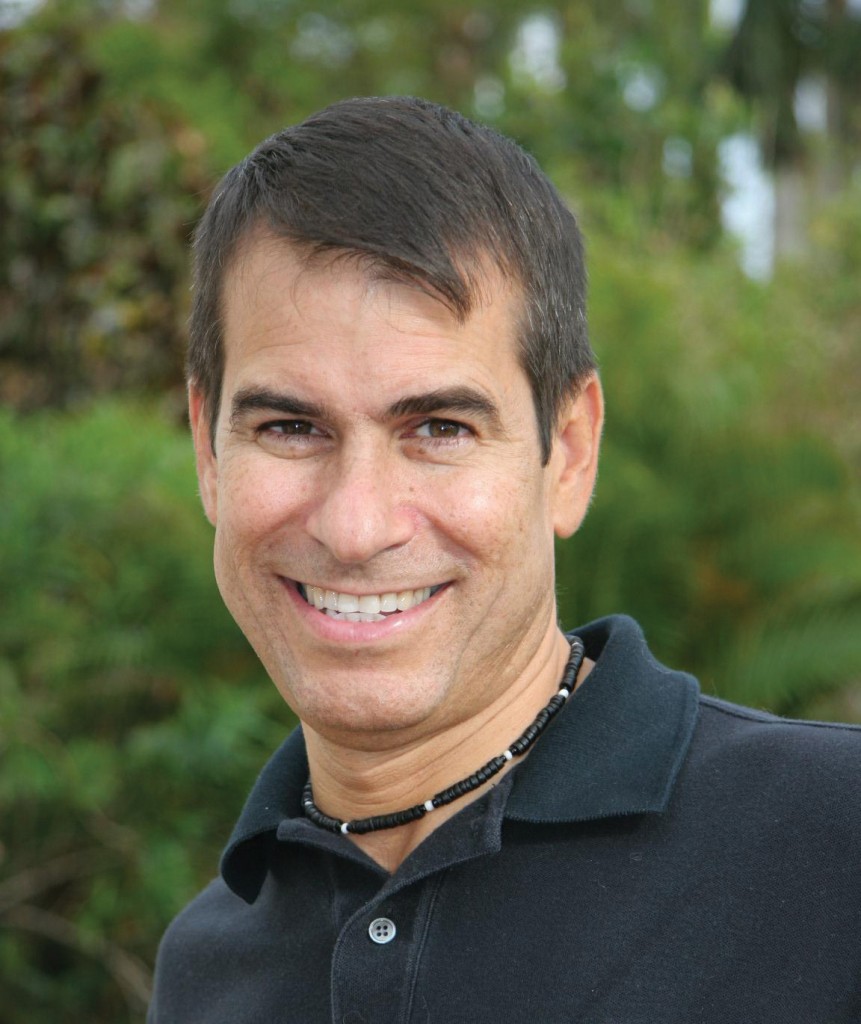 DC Comics first introduced Aqualad to audiences in 1960 when writer Robert Bernstein collaborated with artist Ramona Fradon in Adventure Comics. Aqualad has gone through a variety of changes over the years, but he has always been an important part of the DC world. Today he re-emerges on the scene as high school senior Jackson Hyde. East Rochester author Alex Sanchez’s latest book, You Brought Me the Ocean (DC Comics, 2020), takes a deep dive into the unexpected events that lead Jackson down a path of self-discovery.

Sanchez started out his career as a youth and family counselor after receiving his master’s degree in guidance and counseling from Old Dominion University. But writing was also a passion, and he wrote his first book, Rainbow Boys (Simon & Schuster) in 2001. The groundbreaking young adult novel tells the tale of gay teens navigating the ins and outs of high school life. Sanchez then went on to write seven more young adult novels, including two more in the Rainbow Boys Trilogy. He won the American Library Association’s “Best Book for Young Adults” for Rainbow Boys and the Lambda Award for his book So Hard to Say (Simon & Schuster, 2004).

Creating a graphic novel was a whole new endeavor and very different from a traditional prose-only novel. In order to bring the story to life, DC paired Sanchez with illustrator Julie Maroh, author and illustrator of the graphic novel Blue Is the Warmest Color (Glénat, 2010).

Sanchez was excited to start the project when DC reached out but was upfront with the company about the genre being new to him.

“When I was a boy, I read a lot of comics, and you know I love drawing, but I have never worked on a comic or graphic novel before,” says Sanchez. “And they said, ‘that’s okay—you know how to tell a story. And that’s really what we’re looking for.’”

So Sanchez read graphic novels and did his research. He learned that he had to approach it like a movie script, with strong dialogue and detailed scene descriptions. When he was about twenty-five percent done with the story, Maroh started the illustrations. Sanchez was impressed and eager to see his words spring to life on the page.

“Part of what distinguishes them [Maroh] as an artist is that they are so good with facial expressions and with action,” says Sanchez, “you know, really showing movement and characters.”

“It’s a fascinating process for me,” he continues. “Before, with standard text prose, I can think about, well what do I think this character looks like. But to watch an artist actually put it into a visual image was just absolutely fascinating.”

Maroh’s drawings are rich in stunning hues of blue and green with hints of creamy rust. They pair perfectly with Sanchez’s well-crafted dialogue.

“As soon as I read the pitch for Alex’s story, I was thrilled at the idea to work together,” says Maroh. “His script was filled with fun surprises, and it was a joy to read. It was also a real treat from the art side that Alex’s writing was sprinkled with detailed emotions and expressions so that I could bring to life his vision of the story and characters.”

Their collaboration tells Jackson’s story, which is at once very familiar and excitingly supernatural. On the one hand, he is a typical American boy making decisions about his future while also trying to understand and embrace his sexuality as a gay teen. But in the midst of all this change and growth he also learns of his unique ability to control and manipulate water. 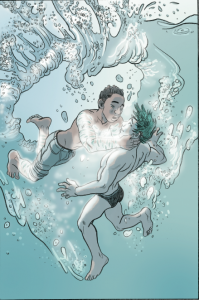 Sanchez’s Aqualad is sure to resonate with teens and adults alike, as his previous work has touched hearts around the world for many years.

Timothy Scott, a fan living in Greensboro, North Carolina, recently told Sanchez about the impact Rainbow Boys had on his life.

“When I was in high school, I made three loops around Barnes and Noble before I worked up the courage to pick up Rainbow Boys, and my heart was pounding as I quickly paid and rushed out. My family is Jehovah’s Witnesses and extremely homophobic. I was terrified that they would find it, so I hid it in a hollow space in my dresser. It was all worth it to read a story about guys like me that I could actually relate to—it was life changing.”

Scott still owns the book and credits Sanchez’s characters with making him a better person.

Sanchez’s books are also influential and important beyond a queer readership, and he notes that teen girls are particularly drawn to his books. It’s no wonder, as his strong characterization and keen portrayal of life in middle school and high school appeal to a variety of readers.

Author Linda Sue Park of Brighton recently released Prairie Lotus (Clarion Books, 2020) and won the Newbery Award for her book Single Shard (Clarion Books, 2001). Park says that Sanchez’s books appeal to many different readers because he is so good at writing characters everyone can relate to.

“As a writer of drama of a marginalized community and writing marginalized characters, you want to show them in their full humanity. I think that’s what Alex does. I think that’s what all good writers of diverse backgrounds do. And when you show peoples’ humanity, that means it appeals to all kinds of readers. And as important as it is, for example, Asian American kids to see my work, gay kids to see Alex’s work and to see themselves reflected in what we call mirrors and see that their lives are worthy of literature; it’s equally important for the dominant culture to read marginalized characters and to begin to see them in their full humanity. And that is a huge part, I hope, of the path to a more inclusive and equitable society.”

Sanchez also shares his talents by teaching classes and workshops to other writers in the Rochester area.

“I love teaching. It’s a wonderful process for me because I think anyone who teaches gets to relearn things, and I’m constantly working on developing my craft.”

Local writer and retired teacher Sue Stein has taken classes with Sanchez and says, “there’s just a certain humility about him, and yet he packs a punch with what he’s saying. The message is powerful. He has such an ease with people. It just impressed me”

Sanchez is looking forward to the possibility of more Aqualad adventures, but in the meantime, he is preparing a middle-grade novel for a 2021 release. He is also working on an illustrated memoir.