Cocktails we have heard on high

Let’s get one thing straight right here, right now. I love the holidays. The gaudiness, the nostalgia, the overeating, over-shopping, over-decorating—I’m here for all of it. So, before we start throwing around terms like “Millennial Scrooge” and “pretentious Grinch” (am I projecting?), let it be known this columnist starts playing Bing Crosby on Halloween and doesn’t take his tree down ’til February 1. Okay. That said, holiday cocktails are garbage.

All you have to do is walk to your nearest Starbucks any time after PSL season and you’ll see what I mean. Overnight, it becomes acceptable to carpet bomb every coffee creation with gingerbread, white chocolate, nutmeg fudge, and cinnamon nougat cake cubes. The cocktail industry is no different. For eleven months of the year we have brilliant mixologists striving for balance, simplicity, and elegance. And then, for a single menu rotation, they tear open the shutters, throw up the sash, and toss all that sensitivity onto the front lawn. A symphony of flavor becomes a SoundCloud dubstep rendition of “Go Tell It on the Mountain,” and guess what ingredient that gut-quivering bassline is? Sugar. It’s sugar.

Google it. “Holiday cocktails.” Know what you’ll find? The sugar cookie martini. Sounds awful; let’s make it! You’ll need half a cup of whole milk, a quarter cup of Bailey’s, vanilla vodka, and amaretto. That’s the drink. To decorate the rim of the glass, you’ll need to whip up some vanilla frosting, sugar cookie dough (it’s in the name, after all!), and red and green sprinkles, obviously. Pair with an insulin chaser and pray to God or Santa you’ll see Boxing Day.

Okay, so maybe I’m cherry picking the worst recipe I could find on the Internet. Let’s take a look at the classics. Hot buttered rum. Mulled wine. Eggnog. These are relics from a time gone by. How do I know? I have the book. The Bon Vivant’s Companion or How to Mix Drinks by Professor Jerry Thomas, great grandfather of modern mixology. My copy is from 1928, but it was first published in 1862. It’s widely recognized as the first time many classics were put into print. The Manhattan, Mint Julep, Tom Collins, and Whiskey Sour are all in these sacred pages. Then again, so are recipes like Hot Milk Punch. One guess as to what’s in that.

Of course, being old isn’t a reason to relegate any recipe to the scrapheap of cocktail history. But there’s a reason we only drink holiday classics in a short time span, and it certainly isn’t because of a short cold weather window; am I right? Juxtapose hot buttered rum, mulled wine, and eggnog with something like the Hot Toddy: lemon, whiskey, hot water, honey. The balance, the soothing character, and the dubious health claims all make this a seasonal keeper. So why don’t we drink those other Yuletide tipples all winter long? Simply put, they’re not as good.

Hot buttered rum, for example, requires an entire stick of butter to achieve the signature silky texture. Mulled wine? It’s hot wine. That’s what it is. And while yeah, I like it a couple of times a year, I’d much rather have just … wine, sans mulling. Eggnog? Again, I get it. I drink it. But I always feel awful afterward, probably because eggnog contains twenty percent of a day’s calories per glass. And I don’t have just one glass because it’s the holidays and I am a tinsel-covered dumpster.

So, what can we do? How do we nurse the nostalgia, drink (please Lord, let’s drink) but avoid the wild imbalance these time-honored tokens of the past typically offer? We do what great bartenders and cocktail enthusiasts have done since Jerry Thomas was behind the stick. We evolve and improve.

Hot Buttered Rum: A popular recipe for hot buttered rum makes four drinks and calls for two-thirds of a cup of packed brown sugar, a stick of butter (the same amount used for a batch of chocolate chip cookies), and a quarter-cup of honey all mixed with hot water with some spices. And as the sleuths in our audience will have divined, this drink also has rum, which is distilled from sugar cane.

So, yeah, if you’re stuck in an alpine blizzard, drink this. If you, like me, are slumped on the couch like an old bean bag chair, summoning the will to approach the wrapping paper bin, try subbing in apple cider for the water, scaling the sugar way down (or just sticking with the honey), going a bit heavier on baking spices, and using The Bon Vivant’s Companion measure for butter: “One piece as large as half a chestnut.”

Eggnog: Heavy cream, whole milk, sugar, booze, and eggs. Only a cocktail from the heyday of British colonialism could be so flagrantly superfluous. These were foods of the aristocracy, so why wouldn’t they flaunt their status by combining them all in a punchbowl and coating their upper lips in milky displays of privilege?

You really don’t need all of those ingredients to make a great nog. Try subbing maple syrup for the sugar, especially if your spirit of choice is bourbon. This not only reclaims the drink as classically American but also adds sweetness and depth of flavor. Keep the whole milk but lose the heavy cream. Add some baking spices like nutmeg and cinnamon and round out the sweetness with vanilla extract, and you have a ’nog for the common folk that won’t land you on the hearth rug before the yule log gets lit. 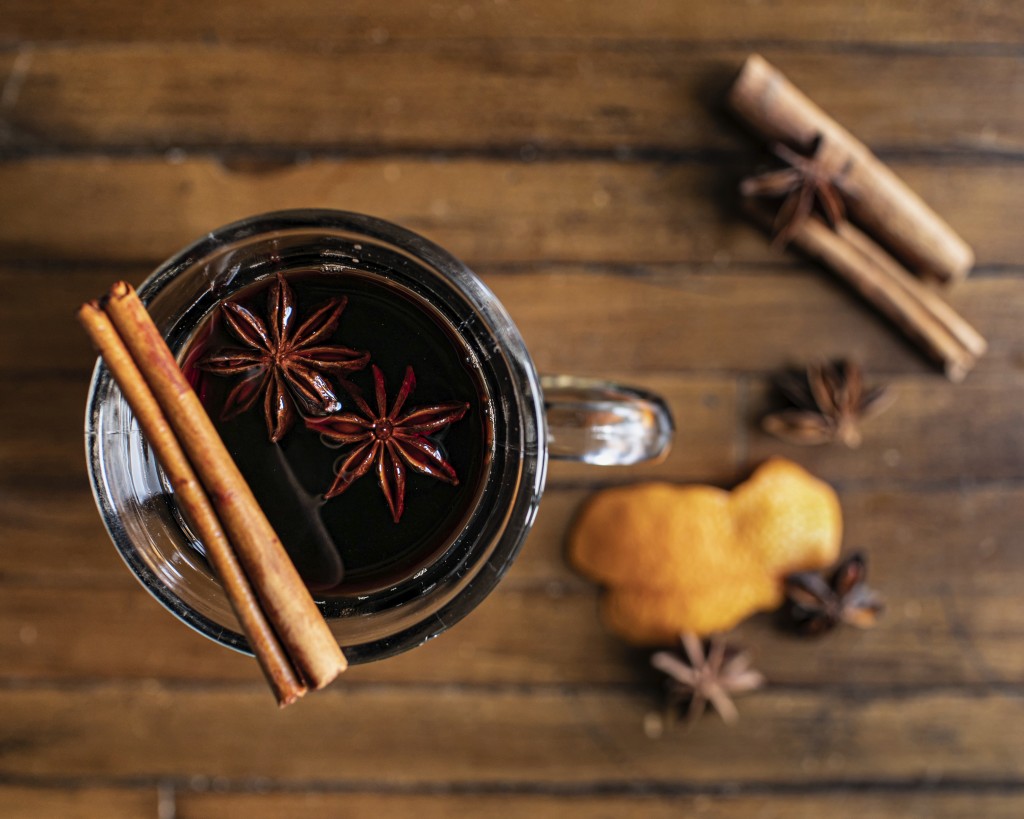 Mulled Wine: Of the three, mulled wine certainly has the most redeeming qualities. If you use the right wine, it’s eminently sippable, and while, sure, eleven out of the twelve days of Christmas I’d rather just have a glass of great room temp wine, this does tend to warm the heart as well as the body. For these reasons it’s also an incredibly popular drink around the world with roots tracing back to second century Rome and modern iterations spanning from Russia to Chile.

The key to making this more than hot wine is spice and citrus. You’re looking for cinnamon, star anise, a couple of whole cloves, maybe a little crushed cardamom. Also, peel an orange into strips (without getting too much pith) and juice it. Reserve another orange sliced into rounds for a floating garnish. And remember, low and slow. If the mixture boils, you’ll lose the alcohol and, consequently, in my house at least, the point. Some recipes call for doing this in a slow cooker, but I really like using an open pot on the stove. A huge plus for mulled wine is that it fills your home with a truly inviting aroma and sets the mood for a cozy night in or massive holiday blowout—whatever your journey happens to be.

The holidays are a time for bringing our best. The best clothes, gifts, food, and yes, drinks. It’s also a time to be together with the ones we enjoy most to drown sorrows, celebrate triumphs, and generally make merry. Hopefully a bit of a new take on some old classics will help you do so this holiday season. Cheers, and the warmest of seasonal wishes to you and yours.