A view of Greenland through an artist’s lens 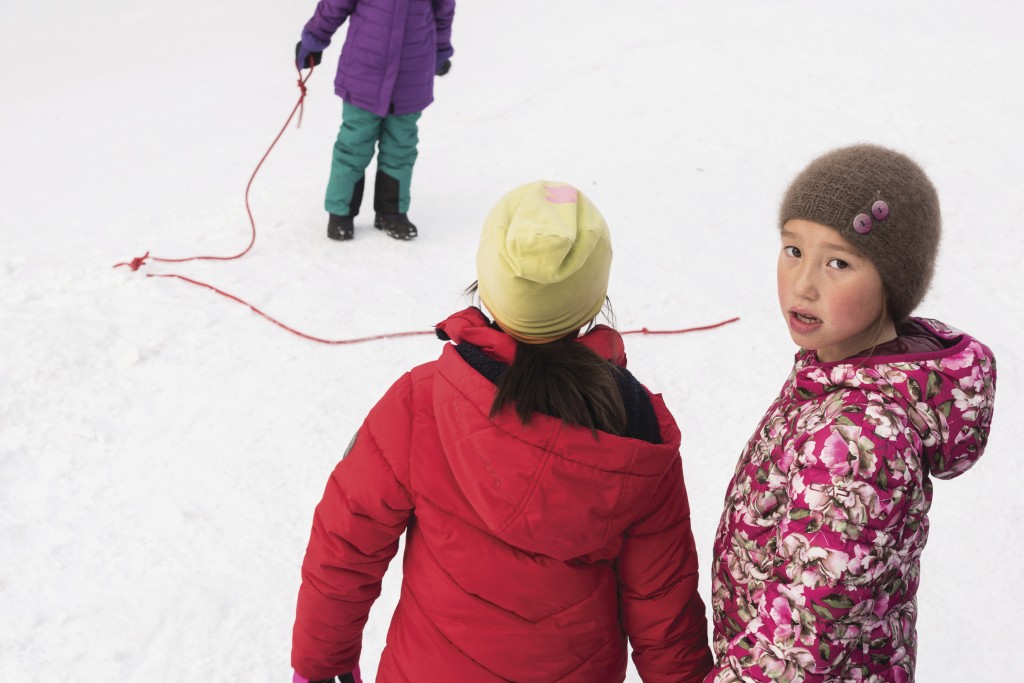 A child in a poppy-patterned fuchsia coat plays outside with her two friends in Sisimiut, a city in western Greenland. Her cheeks are almost as pink as her winter jacket, eyes as brown and deep as the center of each flower. The three children play with a red jump rope on a carpet of clean, white snow.

She glances over her shoulder at Denis Defibaugh who takes her photo. In an instant he captures a fleeting moment of play that carries more meaning than a mere snapshot. It’s a story about young Niviana Endesen and of childhood above the arctic circle. 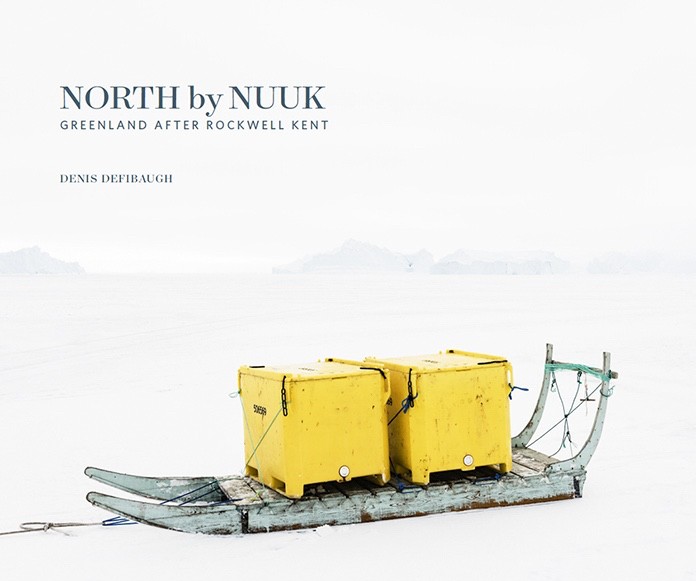 Cover of North by Nuuk

The image is one of many included in Defibaugh’s latest book, North of Nuuk (2019 RIT Press). In 2016 and 2017 Defibaugh, a retired photography professor at Rochester Institute of Technology, visited Illorsuit, Uummannaq, Sisimiut, and Nuuk, Greenland, with a small team of historians and anthropologists, including Axel Jeremiassen, Susan Vanek, and Jette Rygaard.

On his trip Defibaugh taught photography workshops to students and took hundreds of photos of the landscape and the local Inuit people. The result is a gorgeously crafted book of high-quality ethnographic photos and essays about the people and terrain of Greenland. 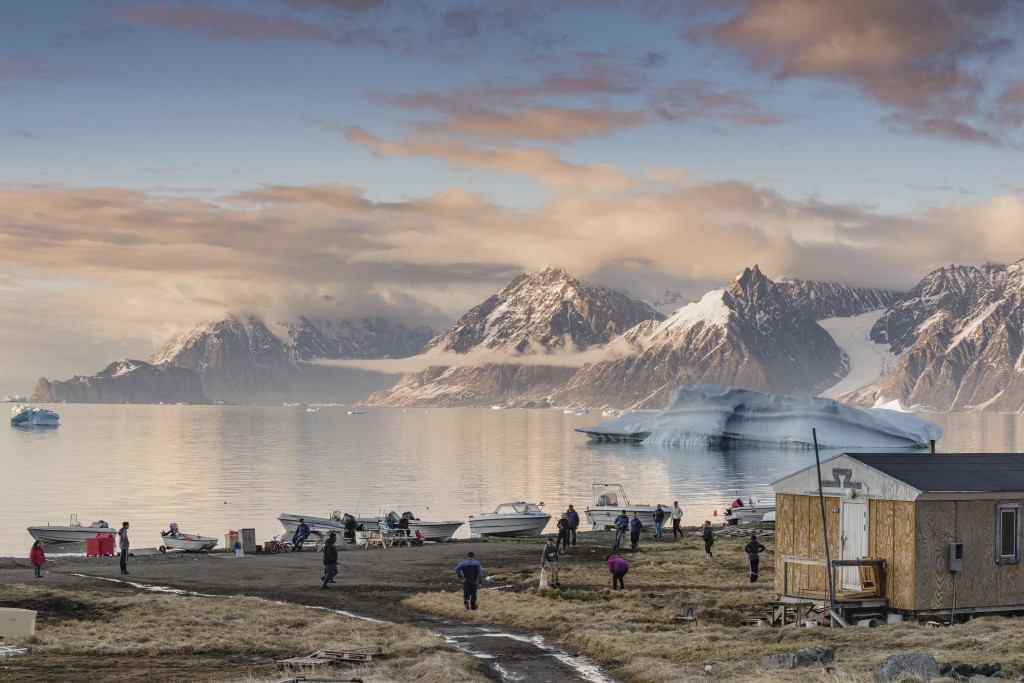 Greenland through the artist’s lens

Rockwell Kent was a painter, illustrator, and world traveler who visited Greenland three different times and later wrote about his adventures in Salamina (1935), N by E (1930), and Greenland Journal (1962). Kent lived the majority of his life on his farm in the Adirondacks and died in Plattsburgh in 1971. While in Greenland, Kent took photos of the people and environment around him and used some of those photos to create glass lantern slides. He used these slides during presentations while on lecture tours.

Defibaugh was aware of Kent’s work and was intrigued by his photographs, but when the curator at the Plattsburgh State Art Museum showed him Kent’s slides, he was astonished at the beauty of the hand-painted images.

“She brought up two wooden cases that were just beautiful, and it was like opening a jewel box with this row of slides in it. They were about two and a half by three-and-a-half-inch size glass plates that were hand colored. And it was just like candy. You’d hold it up and look, and it was so beautiful.”

Those slides inspired Defibaugh’s application for a National Science Foundation grant that proposed to follow Kent’s path through Greenland documenting the changing people, history, and landscape.

“It was a matter of deciding, ‘Okay this is where Rockwell Kent spent time.’ It was a way of narrowing down the possibilities of things to do or things to photograph.”

When the NSF awarded Defibaugh and his team the funding to begin the project he was excited but admittedly didn’t consider himself an expert on life in Greenland.

“To tell you the truth I didn’t know that much about Greenland when I went there. I just knew enough from what Kent wrote, and I was studying about it. But there’s not a lot of information out there, and some of the information isn’t the most accurate. And so, for me, it was great to experience it with my eyes wide open and in a naive way and also in a way that I knew what I wanted to accomplish and I knew I had a direction to what I was doing.” 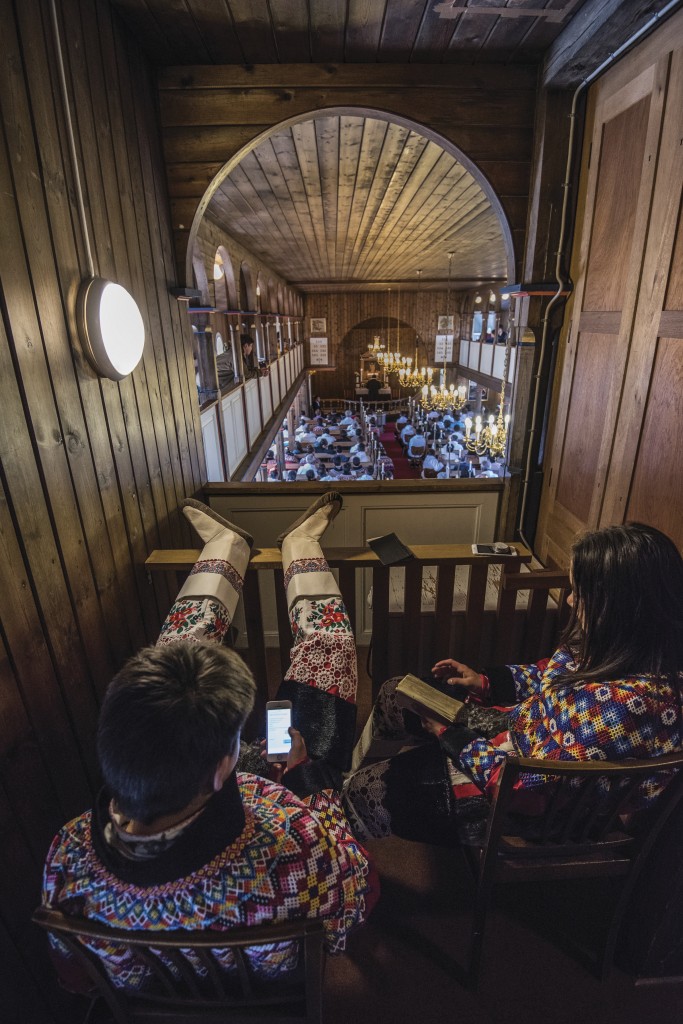 Defibaugh made every effort to get to know the people who were hosting him and letting him take their photographs. Sometimes that meant spending the day on a fishing boat with a Greenlander or attending a traditional kaffemik. A Greenlandic kaffemik is a social gathering organized to celebrate milestones such as birthdays and anniversaries.

“Almost everyone is invited to a kaffemik. You go and have pastries and cakes, whale, reindeer, fish…all different kinds of regional foods, Greenlandic foods. And it was so nice, so friendly.”

There were times when Defibaugh was the only person at a kaffemik who didn’t speak Greenlandic, but it never hindered the hosts and other guests from making him feel welcome. A trust between them grew, and the scientific photographer/subject relationship morphed into friendly companionship, allowing him to capture intimate and striking photos of people at work, in their homes, and—like little Niviana—at play.

“The portraits lend themselves to the individual story. Yes, there’s a collective story. But there’s so much more about each individual that he’s shown in his portraits and the way that he’s photographed them that inspire me to ask more or to think more about what that person’s life is like living in Greenland today,” observes Tonya Cribb, director of the Plattsburgh State Art Museum.

Defibaugh captures spectacular images of the environment, too, including fjords, icebergs, and redbrick houses against grey skies, and so much more.

Scott R. Ferris is a specialist in the art of Rockwell Kent who provided assistance to Defibaugh as he was planning his initial visit. He notes that Kent’s photographs of Greenland were documentary snapshots taken to remember the people he met and the places he went rather than artwork in and of themselves. But he points out that as artists both Kent and Defibaugh invite the viewer to connect deeply to the “spiritual landscape” they portray.

“What Denis does with a lot of his photography, as Kent did with his paintings, is he brings out the essence of the landscape before him,” says Ferris. 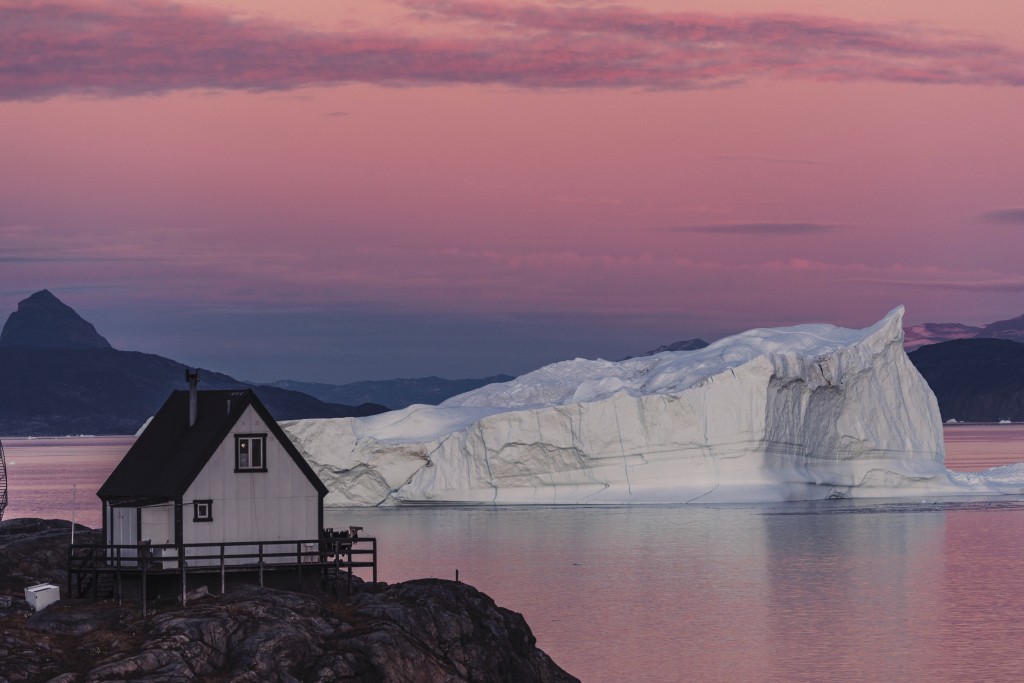 The climate is changing rapidly around the world and, of course, in Greenland, too. A study from NASA and the European Space Agency found that between 1992 and 2018 the Greenland ice sheet lost 3.8 trillion tons of ice. In 2017, Illorsuit was devastated by a landslide. The government evacuated the area, and today it sits empty of inhabitants. In the blink of an eye the town that Kent and Defibaugh came to love is no longer. But people persist, and Greenlanders continue to live their lives and thrive despite the changing environment.

What would Kent think of Greenland today? “I think he would still love Greenland,” says Defibaugh. “Surprisingly, it’s not a whole lot different than when he was there. I mean it’s more modern, and obviously people have televisions, cell phones, motorboats. But their thought processes are still very similar— they love where they’re at, they love the environment.”

The Plattsburgh State Art Museum will host an exhibit of Defibaugh’s work in the spring. Photos from his visits will be the primary focus of the show, but visitors can enter an attached gallery space to see images of Rockwell Kent’s glass slides.

“Seeing the historic photography along with the contemporary is going to be a really exciting focus for that show,” says Cribb.

Learn more about Denis Defibaugh and his Greenland photographs at denisdefibaughgreenland.com.