A cozy new date spot sets a foundation in the South Wedge; photos by Tomas Flint 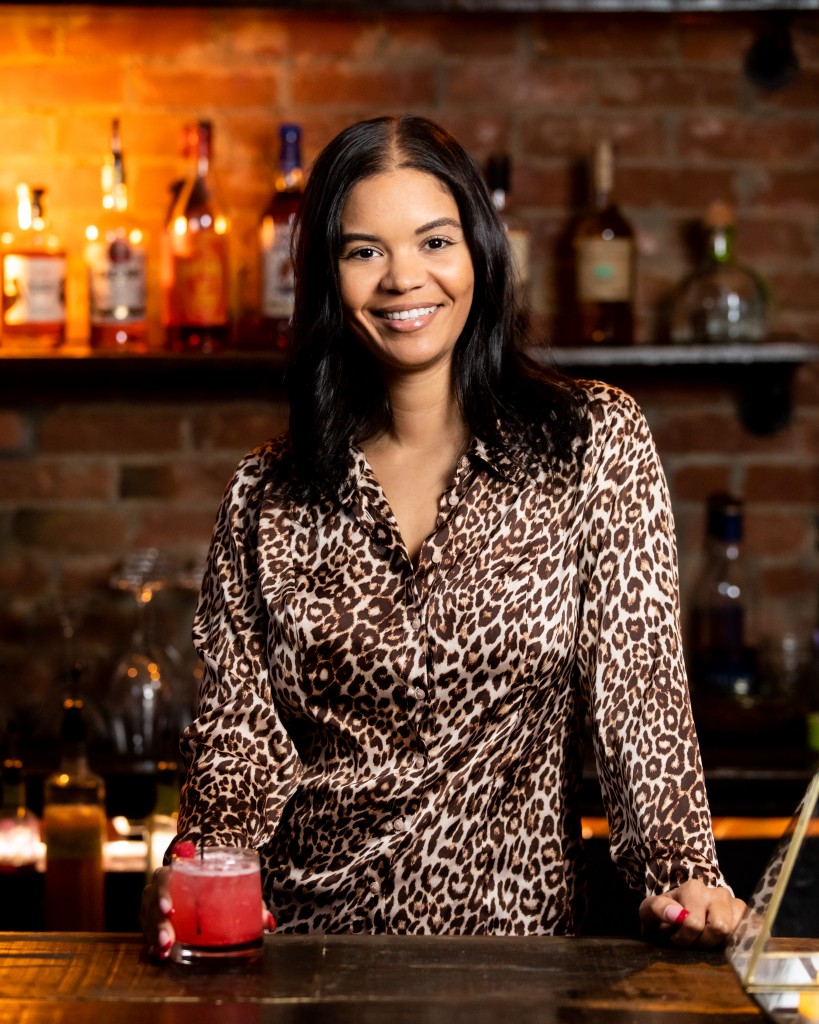 I never expected to find a candlelit date spot on Clinton Avenue.

Driving through the South Wedge, I’ve probably passed Brick & Ivy a hundred times since it opened last July. Its darkened windows adorned with white ivy decals made me curious about what it looked like inside. After hearing about the incredible meals a couple of people from the Rochester food community had there, I decided to give it a try. And my expectations were blown out of the water.

Inside its doors, the glowy, intimate dining room feels like it could warm the coldest of Rochester evenings. The restaurant welcomes diners with a glamorous lounge area that transitions to tables surrounded by exposed brick and flickering candles. 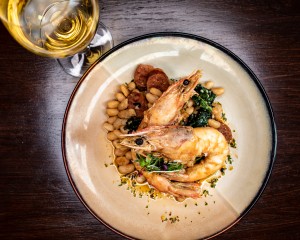 Owner Courtney Benson, who also runs Viticulture Wine Bar, says the moody lighting was always a part of the plan for this restaurant. Rather than use the bright overhead lights that came with the space, she preferred to create a “dimly lit, chill vibe,” using vintage-inspired Edison bulbs to illuminate areas like the bar and lounge.

“The candles on the brick were the starting point,” Benson explains. “We wanted it to be dim enough so they were visible because it’s a cool feature. And people are always taking them off the wall to see where they’re from.” She describes the space as modern and hip with wood features.

Its modernity comes through, especially in the innovative cocktail list. The drinks incorporate a range of spirits, from spiced rum and whiskey to gin and mezcal. The unique ingredient combinations, like golden kiwi and prosecco or pomegranate and ginger, intrigued me.

I landed on the Smoke Show ($12), a mezcal cocktail with ancho chile liqueur, grapefruit, and smoked lava salt. I took a sip and was reminded of a fire-roasted chile pepper, capturing all the smokey herbaceous flavor with none of the heat.

The menu breaks down into appetizers, salads, sandwiches, and entrées. Though my dining partner and I opted to share everything we ordered, others might be happy with an appetizer or salad per person and sticking to individual mains.

“The seasons inspire the produce options and the braises on the menu,” Weathers says. “I like to cook while the produce is at its heights.”

He incorporates seafood, like calamari, salmon, and prawns, to keep the menu  light. But those looking for hearty options will be pleased with dishes like the market steak and country fried chicken sandwich.

Torn between starting with a salad or an appetizer, I landed on seared scallops and ancho parsnip purée ($20). The two tender medallions were paired with a bracing fennel, pear, and microgreen salad. I was impressed by how light and balanced the dish was. And I was pleased I had gone with my gut and ordered seafood.

Next came the prawns and beans ($28), easily my favorite dish of the night. Weathers does an outstanding job making the intimidating head-on prawns easy to eat. The two jumbo-sized crustaceans come out perched on a pile of white beans, chorizo coins, and greens. Though its whiskery feelers stay on, the rest of the body is cleaned, revealing its sweet, juicy meat.

The spicy sausage in the dish flavors the buttery beans with a deep garlicky quality. Even after the prawns were gone, I couldn’t get enough of the bean salad.

The portions are plenty generous, but I couldn’t stop myself from getting the gouda mac and cheese ($10). Weathers elevates the nostalgic classic by swapping traditional elbow noodles for oversized corkscrew cavatappi pasta. Chunks of crispy bacon intensify the smokiness of the gouda, making it that much more craveable.

Then came the main event: a generous  fourteen-ounce bone-in pork chop crusted in fried onion straws ($26). I found the butternut squash purée a little lackluster, but the chop was cooked perfectly, and the  crunchy onions are a treat.

I was feeling stuffed but the churros called to me from the dessert menu as I was boxing up the remains of my mac and cheese. Word to the wise, order them no matter how full you’re feeling. It’s worth it, I promise you.

The eight impossibly crisp crullers are blanketed in cinnamon sugar and stacked like Lincoln Logs on the plate. The mass gets an oozy drizzle of caramel and chocolate sauce. Eight might sound like a lot, especially after a filling meal, but it’s the perfect amount.

Maybe it was because Alicia Keyes’s “My Boo” was softly playing over the restaurant sound system. Or maybe it was because my fingers were coated in chocolate and cinnamon sugar. Either way, I found myself doing a seated happy dance at the end of the night.

We’re lucky to have this restaurant in the heart of our community, and I’m looking forward to it being a fixture on Clinton Avenue.

Somewhere beyond the seafood