New York ranks second only to Washington state in terms of apple production, so perhaps it’s natural that New York—and, specifically, the Finger Lakes area with its adjacent wine industry—has become central to the current cider revival. While still only one percent of all alcohol sales in the United States, the sales of hard cider have increased tenfold in the last decade. One of the central figures in the Finger Lakes cider industry and the cider revival at large is Autumn Stoscheck, cidermaker and owner of Eve’s Cidery. The ciders of Eve’s Cidery have been featured in many national publications, including Martha Stewart Living, Vogue, Bloomberg, Food & Wine, Wine Enthusiast, and the San Francisco Chronicle. In declaring the Finger Lakes the Napa Valley of cider, Jason Wilson, author of The Cider Revival: Dispatches from the Orchard, compared Stoscheck to seminal Napa Valley winemaker Robert Mondavi. American cider often gets lumped in with beer—perhaps because of its concurrent rise with craft breweries—but Stoscheck approaches cidermaking with the eye of a winemaker: “In my mind, cider is wine,” says Stoscheck.

Stoscheck’s orchard and cidery in Van Etten, Chemung County, is the fulfillment of a family dream. Her grandmother always dreamed of owning her own farm, but when she first immigrated to the United States after WWII, she initially settled in Queens. She scrimped and saved money, and in the 1970s, she bought the property the orchard now stands on. She uprooted the rest of her family, including Stoscheck’s father, creating what Stoscheck describes as an “organic, hippie” farm. Stoscheck was raised by her parents down the road, and for the first five years of her life, the house she lived in didn’t have electricity or running water. From childhood, she was always interested in farming, but the 1980s and ’90s were marked by the exodus of commercial dairy farms from the Southern Tier, which did not inspire confidence. What did inspire confidence, however, was working a summer at the age of fifteen at the pioneering organic Butterworks Dairy Farm. There, she began to see the possibilities of farming as a career. Following high school, she briefly studied agriculture and plant sciences at Cornell before dropping out after a financial aid package fell through.

During this period, Stoscheck was working at an orchard owned by James Cummins, a fifth-generation orchardist, and waitressing at night. One day at Cummins’ orchard, she came across a copy of Fruit Growers News, which had awarded Steve Wood of Farnum Hill Ciders fruit grower of the year. On a lark and unannounced, Stoscheck drove up to Wood’s orchard in New Hampshire. “It really blew my mind when I read about what Steve was doing, because I’d never heard of such a thing before,” she recalls. Wood’s family had owned an orchard that grew dessert apples for decades, but when apples from the West Coast and South America began to gobble up the market share in the 1980s, he converted his orchard to producing cider apples. Wood had Stoscheck—whose exposure to hard cider had been limited to malt ciders like Woodchuck—taste through his ciders. He sent her home with cuttings from his orchard and a suggestion that she travel to the United Kingdom to study cider making under Peter Mitchell.

With Cummins’s blessing, Stoscheck grafted Wood’s cuttings onto a varietal known as Vista Bella, developed by Rutgers University in the 1950s, that harvests in August and, according to Stoscheck, has a taste similar to Styrofoam. She also connected with the late Peter Hoover, an amateur cider maker and orchard owner who could be described as the Gertrude Stein of the Finger Lakes cider world. Before his death in 2019, “Peter interested a lot of young people in cider, and Autumn was one of them,” says Hoover’s widow, Trumansburg-based food writer Peggy Haine. “I remember that we drank some of Peter’s cider, different years and different kinds of apples. She had an awakening of sorts that this could be really good stuff.”

At the age of twenty-one, Stoscheck became the youngest person to acquire a Farm Winery license (cidery licenses would not be available in New York State until 2012), and in 2002, Eve’s Cidery—named for Pete Seeger’s song “Letter to Eve”—was launched with cider made from apples foraged in Cummins’s orchard (apple trees, on average, take four to five years to mature). At the time she launched Eve’s Cidery, only one other commercial cidery (Bellwether) existed in the Finger Lakes. For over a decade, Stoscheck would frequently travel to New York City to sell her ciders at the Union Square Greenmarket. But even in a marketplace as broad and sophisticated as New York City, she still found herself having to explain what hard cider was. “We had to explain to people that, ‘No, this isn’t going to be too sweet for you,” she recalls, alluding to sweet, nonalcoholic ciders like Mott’s and Martinelli’s. Along the way, she met her now husband and business partner, Ezra Sherman. A criminal defense lawyer and a home winemaker twelve years Stoscheck’s senior, they met through Stoscheck’s mother. “My mom’s a poet and a writer, and they had been friends for years,” says Sherman, referring to their mothers, Janet and Candace. They bonded in 2004,  when Sherman began assisting Stoscheck after Cummins suffered a traumatic brain injury, and they married three years later. In 2009, Sherman and Stoscheck bought the farm that her grandmother settled on and began converting it into an orchard. 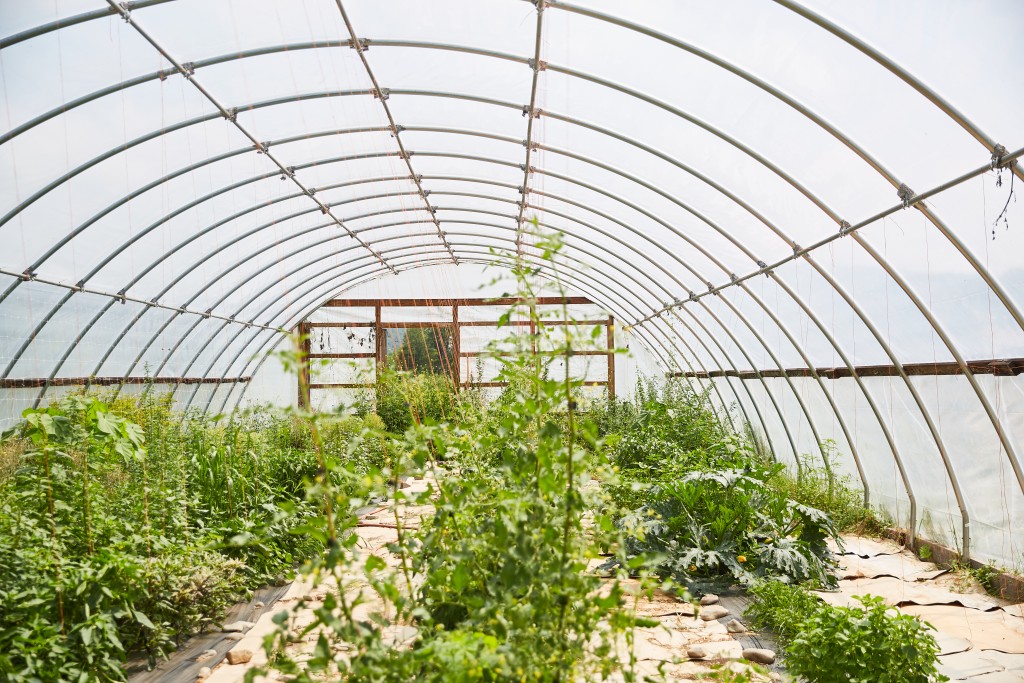 The orchard in Van Etten currently grows more than forty varieties. According to Stoscheck, the apples she grows are divided into four classifications designated by the Ashton Research Station in the United Kingdom: bittersweets, bitter sharps, aromatics, and sharps. She often harvests and makes ciders sometimes by single varietal—heavily influenced by her love of wine—and blends. “We build a blend based on having a nice, tannic backbone,” she says. “Blending is a fun and amazing process.” Taking her cues from the natural wine movement, Stoscheck has been using indigenous yeast in her fermentations (meaning no external yeast added) in recent years. What ciders are produced in a vintage is determined by what varietals harvest each year, and what apples can’t be made into cider are blended and distilled into an apple-based spirit called pommeau. Many of her orchard’s European varieties harvest biennially (in contrast with the more modern hybrids); because of this, her 2019 production focused on single-varietal ciders, forgoing production on one of her bestsellers, Autumn’s Gold.

When Stoscheck began farming, she was advised that chemicals like Roundup were generally safe, and she used them regularly. Following the birth of her first child, however, she began the transition to farming organically. “When we first decided to start working toward becoming certified organic, I was told you simply can’t do it, it’s not possible, and you can’t grow organic apples in the Northeast,” she reminisces. Her orchard is NOFA-NY certified, and she describes her approach to farming as relational and regenerative, saying, “The focus is on deep observation about what’s happening in the orchard on many levels—in the soil, the plant health, the ecological balance, and so on. The regenerative is a worldview that agriculture can and should build ecological vibrancy and resilience rather than be extractive.” Says Haine: “She’s very interested in her trees. She’s made a lot of ciders around her orchards, and she’s very attached to the land.”

By the fall of 2017, she found herself a little burnt out, despite her success. “I’m like a miniature CEO of sorts,” she opines. “If you do the same job for eighteen years, sometimes you need a break.” One day, she was sitting on the back of a truck and having a beer with Rick Rainey, founder and owner of Forge Cellars. “We were talking about farming,” recalls Rainey. “I was kidding around, and I said, ‘Come work for me, take a break.’ She came back to me and said, ‘Is that possible?’… and I said, ‘Anything’s possible! Yeah, let’s do it!’ I’ve known Autumn for a long time, and she and I have become really good friends,” says Rainey. “In my day job, I was her brand manager. I brought her to Winebow, had known her ciders for years, and had been drinking them,” referring to the distribution company he works for. Rainey’s wife, Dewi, owns Red Feet Wine & Spirits in Ithaca and was one of the first retail stores to stock Eve’s Cidery locally.

Under the tutelage of Damiani co-owner and vineyard manager Phil Davis, she learned the intricacies of grape farming, then spent the 2018 vintage applying her experience of organic farming overseeing Forge’s Vineyards. She handed off cider production to Sherman and a few interns and in the fall spent ten days in Gigondas, France, working in the Cellars at Saint Cosme, owned by Rainey’s partner in Forge Cellars, Louis Barruol. “How amazing it was to work in that cellar and not have anything feel unfamiliar to me was that it reignited my passion for making cider,” she says.

Having conquered the cider world, her attention has turned toward equity in the farming industry at large. In 2009, she was one of the first farmers to warn of the perils of hydraulic fracking. Now in light of the deaths of George Floyd, Breonna Taylor, and Daniel Prude and the catapult of the Black Lives Matter movement to center stage, she believes that the New York farm industry needs to do more to reckon with the path to ownership. To this end, she’s teamed up with Melissa Madden of Open Spaces Cider and Deva Maas of Red Byrd Orchard Cider and launched the Cider Reparations Project. This initiative has lent their resources and expertise to Khuba International, an Ithaca-based, Black-led nonprofit that specializes in teaching sustainable agriculture and offering land access to the BIPOC community. Twice this past year, they’ve released three-packs of limited-edition ciders from their respective cideries, with the profits going to the organization. She’s also launched a cider club for Eve’s Cidery, which Stoscheck hopes will allow her to experiment with new ideas and fermentations without the pressures of the marketplace. 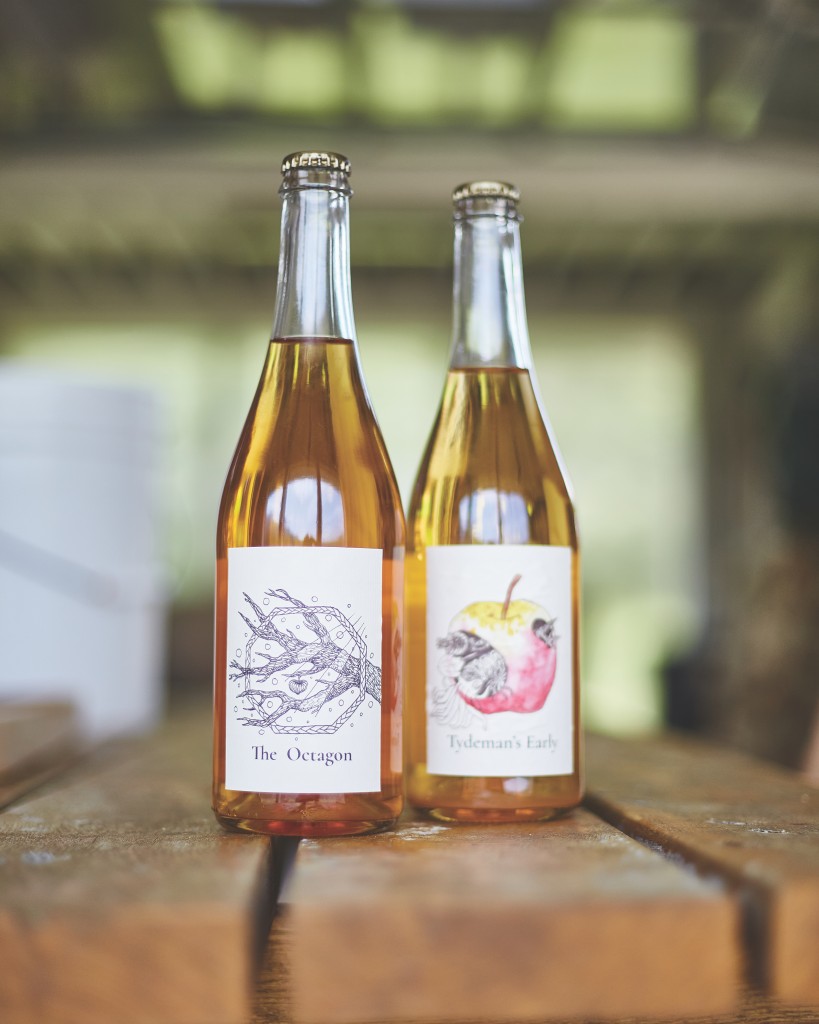 The Finger Lakes cider industry has come a long way from Stoscheck’s impromptu trip to Steve Wood’s orchard in New Hampshire two decades ago. Eve’s Cidery is distributed in eight states and in the UK. Peter Mitchell, whom Stoscheck traveled to the UK to study with, now frequently travels to the Finger Lakes to give seminars. Local cider tasting groups hosted by the likes of Peter Hoover have given way to acclaimed ciders produced by Kite & String, South Hill, Black Diamond, and Red Byrd Orchard Cider. Stoscheck remains in it for the long haul. “It’s such a long-term and massive project. We’re twenty years into it, and I’m like, ‘I need another forty years!’”