Some might be surprised by Simone Boone’s trajectory from bartender to certified sommelier. That is, everyone except for Boone herself.

The owner of Apogee Wine Bar, located at 151 Park Avenue, knew she was destined to be “in the entrepreneurial space” as she puts it, but didn’t know exactly what that would be like.

While tending bar at Next Door, Wegmans’s flagship restaurant in Pittsford, she rubbed elbows with certified sommeliers. Boone soon discovered a curated and unique selection of wines at the restaurant.

“That experience was a turning point. I set a goal for myself. I didn’t know if it was possible to build a career in wine. The sommeliers at Next Door introduced me to that possibility,” says Boone.

She enrolled in an introductory certification program for prospective sommeliers with the objective of someday becoming fully certified. Boone, who says there is a wine for every season, every weather, every occasion, and every reason, achieved her goal in 2011.

After receiving her introductory certification, she organized a tasting group to prepare for the next level. “I partnered with a friend I’d met at the restaurant. We would get together and blind taste wines over lunch,” says Boone.

Her tasting group grew, and, after two years of study, Boone sat for the second level of sommelier certification.

“The test was administered by master sommeliers who asked me to blind taste two glasses of wine (in 2021, candidates now taste four glasses). There are fewer than 300 master sommeliers in the world, so the testing process is pretty intense. Through deductive reasoning, you’re asked to identify the climate, region, vintage, and origins of each glass of wine,” she says. 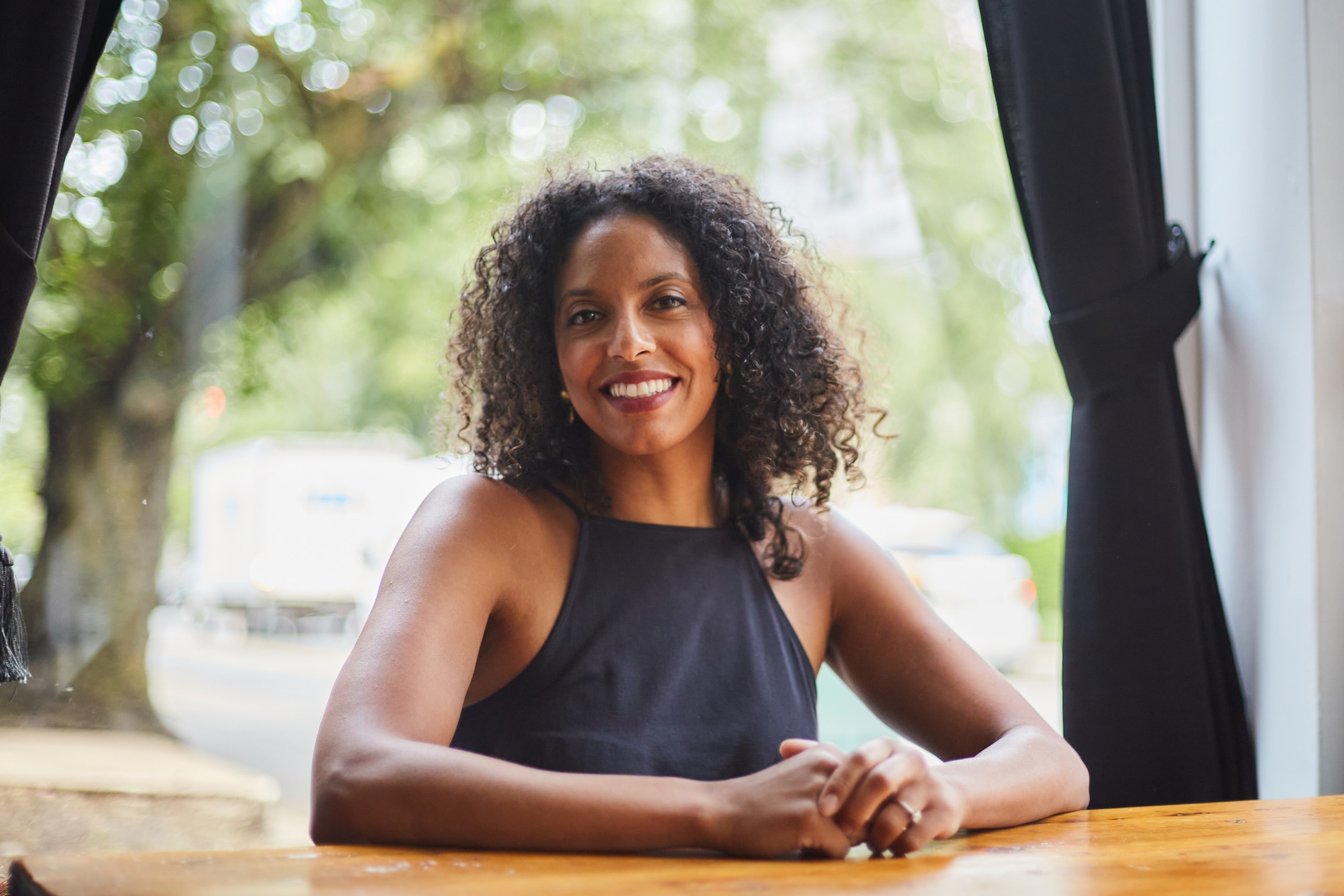 “Char was a great learning experience. However, I knew I wanted to go out on my own. Exposing people to great wines from around the world became a passion,” says Boone.

After a year at Char, taking note of her customers’ wine preferences, Boone began the hunt for a location where she could open her own wine bar.

Though she had no idea she’d end up at her current location, she’s convinced it’s truly the perfect spot. Her landlord, a florist who sold to brides at the storefront, had to convince her to take a look.

“I was ready to sign a lease on a much larger space. When I walked into this space, the possibilities were obvious,” Boone says.

She enlisted the help of some of her “stylish friends” to create a European ambience with the intimacy she envisioned a wine bar should have.

Boone opened the shop in the summer of 2014 and hasn’t looked back. Her wine bar has become a neighborhood hangout. The day I visited, bouquets of pink peonies were on the bar. Boone has partnered with Trademarks Flower Farm, a CSA offering seasonal flower shares. Patrons come to collect their flowers while enjoying a glass of wine. 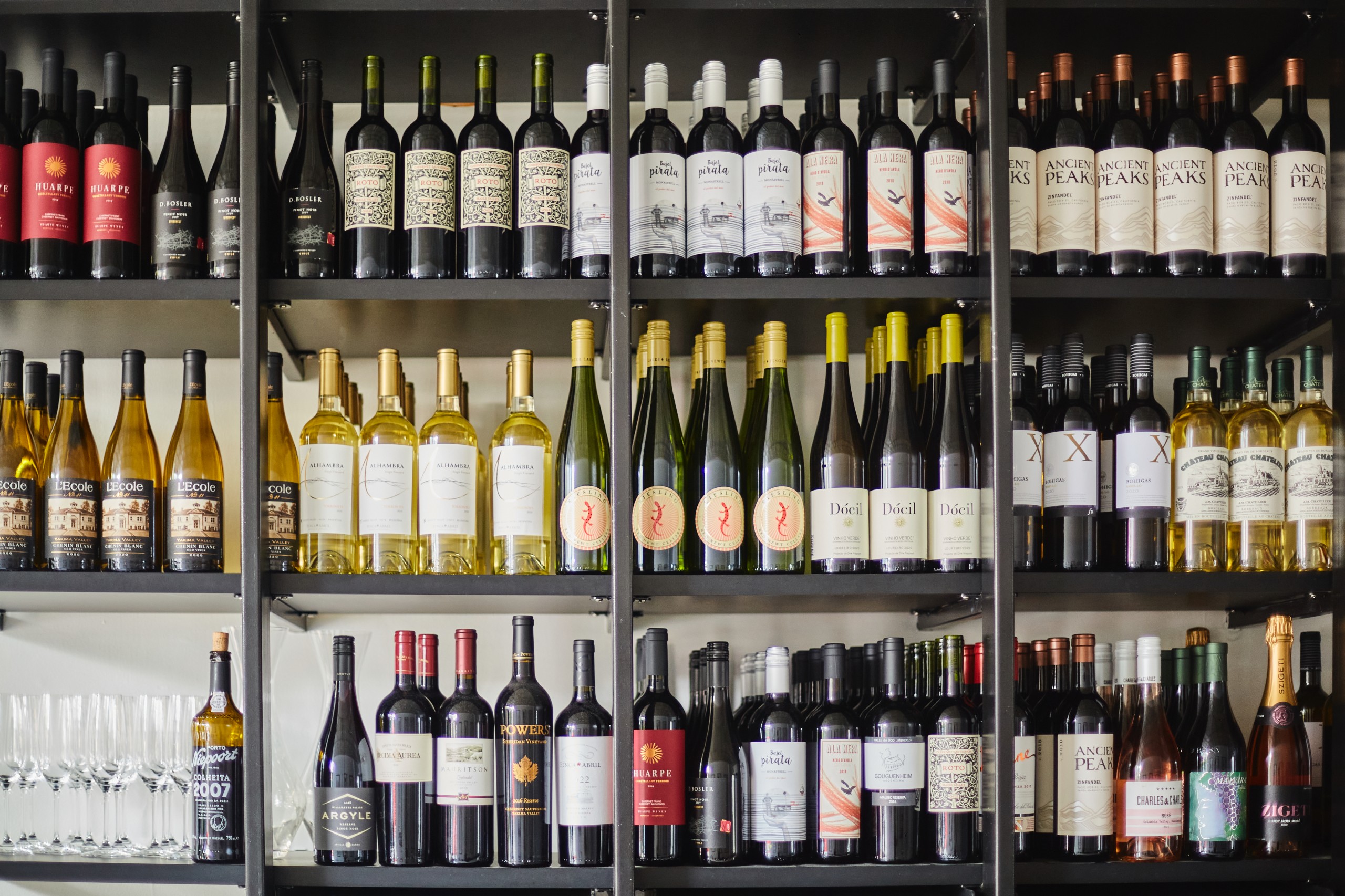 On selecting wines, Boone says appealing to her customers’ tastes is key. “My idea of a good Chardonnay is a white on the leaner side; a wine that’s more acid-driven. When I reach for a white wine, I go for something with lots of aromatics, a delicate floral bouquet with a dry finish.”

“When the majority of people ask for Chardonnay, they’re looking for a big, rich, and oaky white. I may introduce them to a Chardonnay from Argentina instead of California that has the flavor profile they are looking for yet is somehow different from what they’re used to drinking,” she says.

Boone’s personal choice: “Syrah from Côtes du Rhône. It’s powerful and full-bodied while still being fruit-forward and herbaceous.” She’s more likely to reach for a Syrah than more common varietal like cabernet sauvignon which, Boone says, can wear out your palate because it’s too tannic.

Boone admits the trick is knowing not what you prefer but what your customers might like; making recommendations to match their expectations.

According to Boone, many customers come in looking for suggestions. The occasional customer is there just to sip a glass or two of wine before or after dinner in an intimate atmosphere. 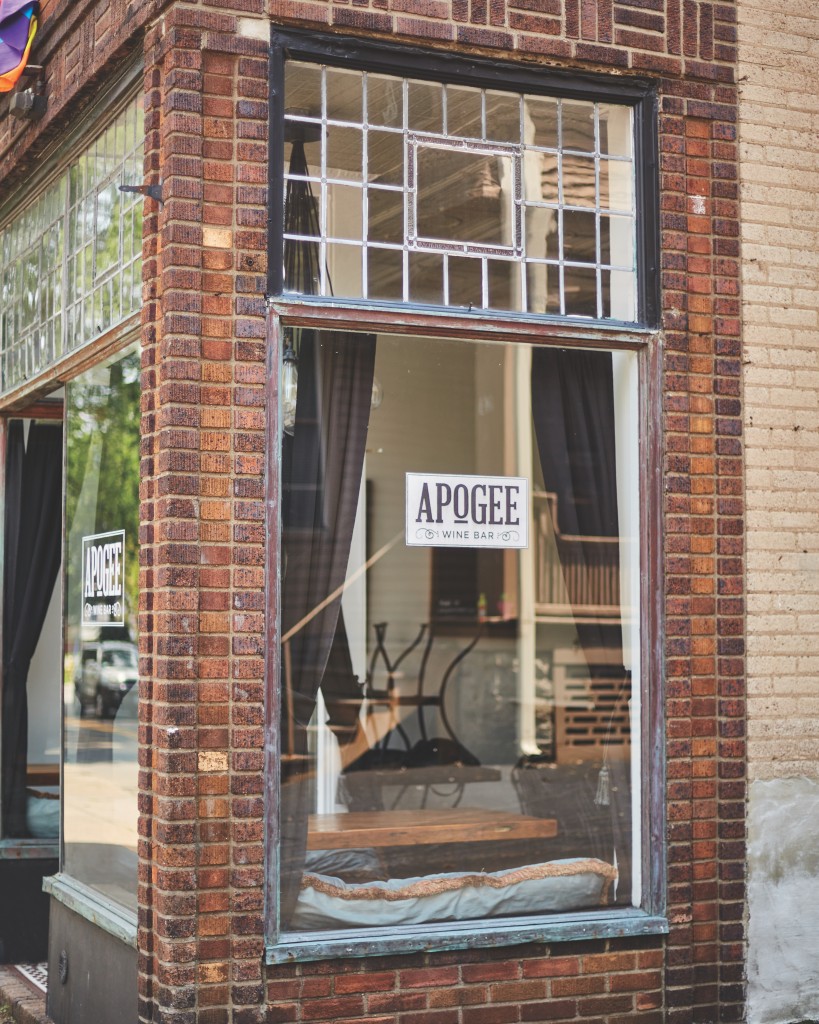 The wine bar’s regular clientele visit for the experience of tasting wines. “We have regulars who have made tasting singular, outstanding wines their passion,” says Boone. A glass of wine at Apogee is ten dollars and bottles run from $40 to $110.

Boone hosts wine tours in Europe to expose her customers to the regions where some of her favorite wines are produced. In 2019, she led a tour of Tuscany, and in August 2021, she was planning to escort fellow wine enthusiasts to the Campania region, southwest on the Italian peninsula, known for its fiano and aglianico grapes.

Boone’s next venture is a mobile bartending service. Still under construction, she’s converting an old horse trailer into a mobile unit for weddings, parties, and events.

“Mobile bartending service is big in the South. We thought it might be another way to introduce great wines to our region,” Boone says.

If you’re dreaming of spending a romantic evening in a place where you can relax with a good glass of red, white, or rosé,  Apogee Wine Bar might just be it.