Unfortunately, everyone’s favorite new holiday event in Rochester, Roc Holiday Village, has been cancelled this year in response to the COVID-19 pandemic. Organizers cite New York State restrictions on large gatherings as a motivator behind the decision, as well as a desire to ensure the safety of city residents.

But at press time, organizers are weighing a decision as to whether or not a smaller pop-up concept could be a feasible replacement.

“The City of Rochester’s Roc Holiday Village is an event that has quickly become one of Rochester’s most treasured annual traditions,” Mayor Lovely Warren said in a public statement. “While we are disappointed that we will not be able to experience the magic and wonder that the village has provided our community the last two years, we absolutely look forward to celebrating the holidays together again downtown once it is safe to do so.” 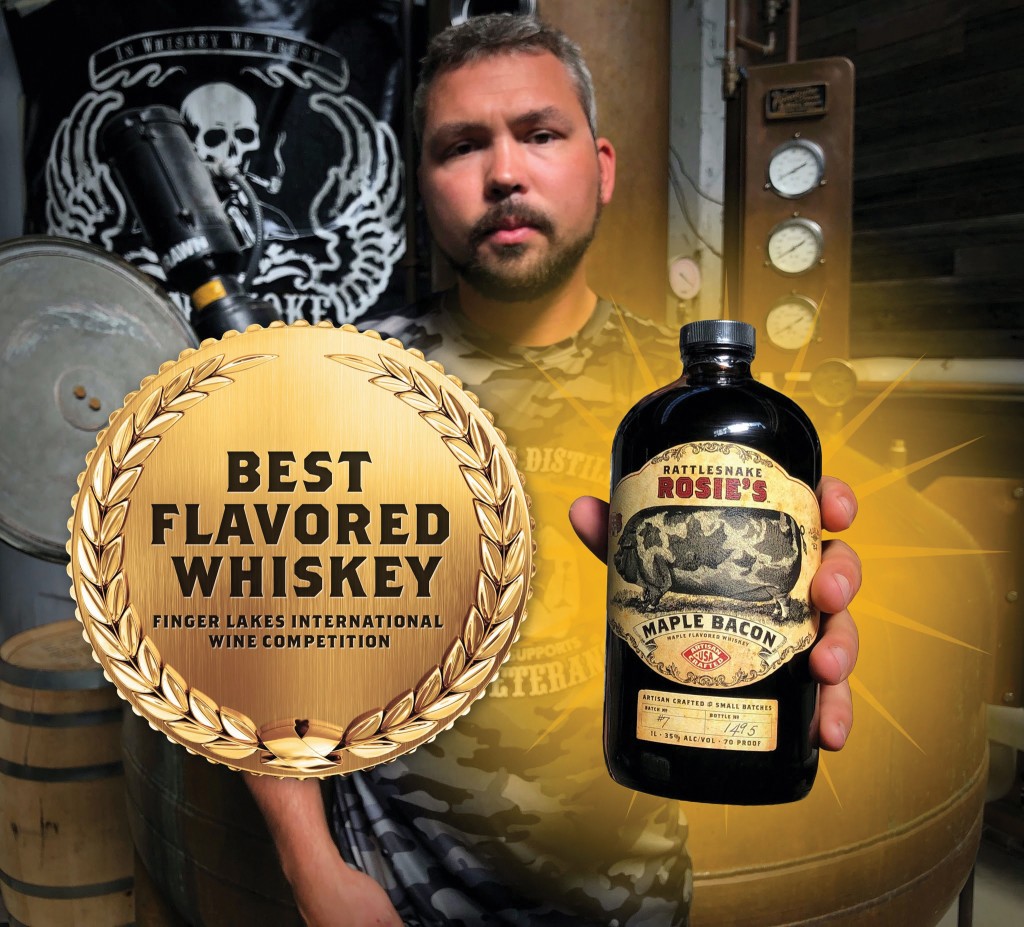 Because of the COVID-19 pandemic, the competition looked a little different this year. Instead of being held at the Holiday Inn in downtown Rochester, the competition was held at Camp Good Days and Special Times on Keuka Lake, where judges and honorees could spread out.

The whiskey in question is brewed using locally sourced ingredients whenever possible, including maple syrup from Mendon Maple Farms, just a few miles down the road from Iron Smoke’s distillery. No artificial coloring, additives, or animal products were used during production.

“Drew Westcott decided he wanted to try making another flavored whiskey after the success of Rattlesnake Rosie’s Apple Pie Whiskey. I can’t say enough about him and the magic he works with our whiskey! Whether it’s straight bourbon whiskey or the increasingly popular flavored whiskeys, he knows how to please the palate with super smoothness that gives you a big bang for your buck!” says distillery owner Tommy Brunett. 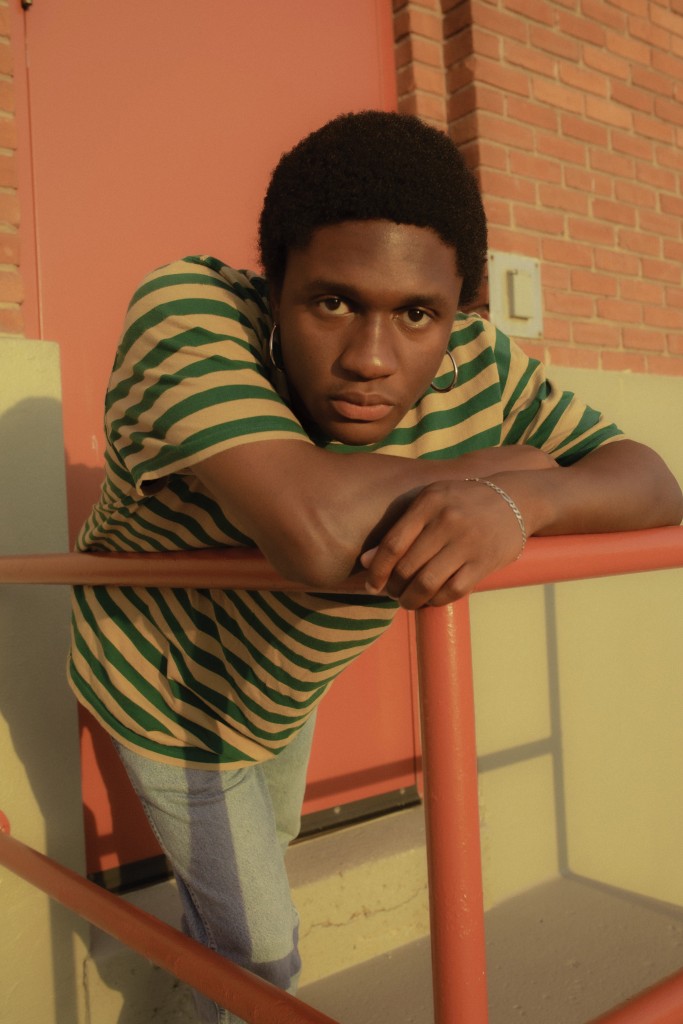 Photo by Will Cornfield

Multi-instrumentalist and producer Spencer. (that period is part of his name, not a typo) has toured the world, signed a record deal with 4AD, and racked up millions of streams on Spotify.

In doing so, the twenty-one-year-old Rochester native, whose sound blends R&B, hip-hop, funk, indie rock, and soul, has earned major praise from the FADER, Lyrical Lemonade, Afropunk, Nylon, and many other publications and websites. But no matter where his art has taken him, Spencer., now based in Brooklyn, can’t shake where he comes from.

In an effort to give back, he and his record label recently raised $10,000 for the Boys & Girls Club of Rochester, through personal donations, sales of his single “I Had a Dream,” and a matching donation from the Glover Crask Charitable Trust.

A portion of the donation will be used to fund music programming. 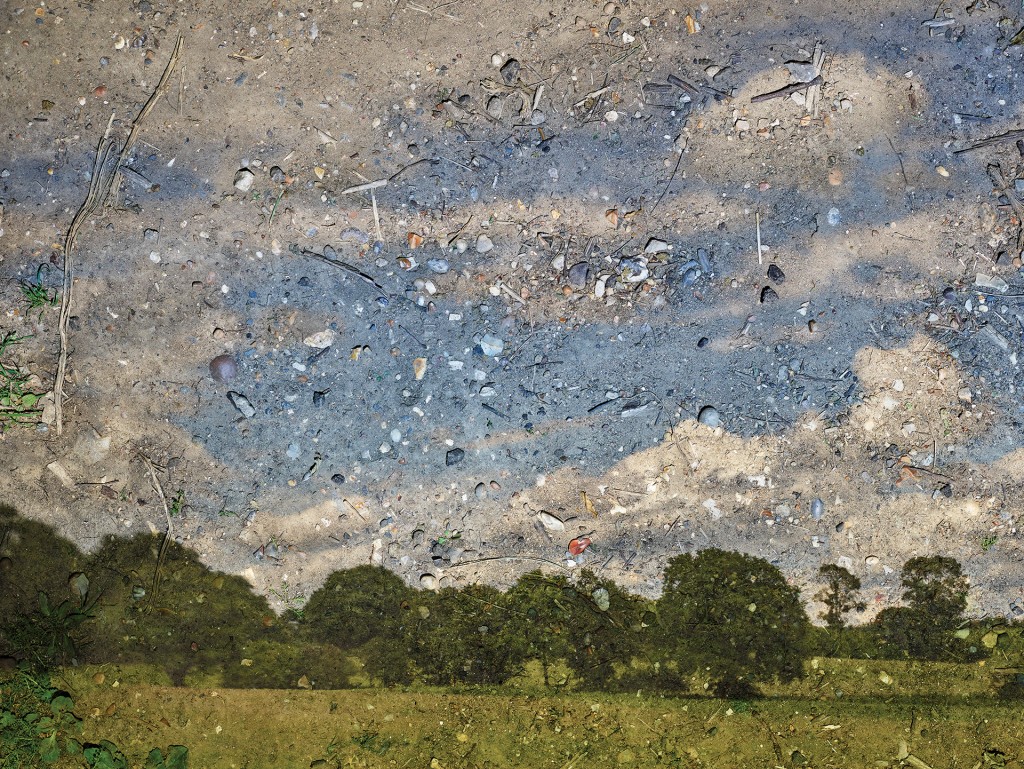 Art Bridges, a foundation invested in creating and supporting programs that expand access to American art, recently awarded the George Eastman Museum $70,000 in grants to assist operations during the pandemic. The grants were part of Art Bridges’ Bridge Ahead Initiative, a $6 million commitment to assist partner museums in overcoming 2020’s trials.

“The George Eastman Museum is very grateful to Art Bridges for its quick and generous response to the adverse impact that the pandemic is having on museums around the country,” said Bruce Barnes, PhD, Ron and Donna Fielding Director at the George Eastman Museum, in a public statement. “The grant funding we’ve received through the Bridge Ahead Initiative has undoubtedly helped us reach our goals of successfully engaging our community remotely and reopening our museum to the public.”

The grant is helping the museum ramp up efforts on its virtual offerings via the Eastman Museum at Home program. This will include creating 3D tours of the facility and exhibitions, purchasing more robust technology for an enhanced virtual experience, and promoting the online program.

The George Eastman Museum was also able to reopen earlier this year thanks in part to the Art Bridges grants, which funded technology and staff equipped to handle a contactless experience. Advertising and other marketing efforts will also be supported, encouraging the public to visit the museum and Dryden Theatre with these new systems in place.

This article appears in the November 2020 issue of (585) magazine.
Categories: Current Issue – Dialed In, Explore