Who among us has not dreamt of building or owning a tree house? A place of escape, safety, imagination—a dream home in the backyard. Many of us have read The Swiss Family Robinson, seen the movie, or visited Walt Disney World (where it is a popular attraction), and thought: “I could totally live here!”

Tree houses can be found all over the world. Built originally out of necessity, they were practical shelters and homes, keeping loved ones and food safe from predators and floods. In Indonesia today, some tribes still live up high in Banyan trees, with homes large enough to accommodate up to ten members of a family.

In the Middle Ages, monks used tree houses for meditation. During the Renaissance, tree houses were very popular among the Italian gentry as an ornamental and functional garden feature. In Tudor times, Queen Elizabeth used her tree house for dinners. England boasts Pitchford Hall in Shropshire as one of the oldest existing tree houses in the world, built in the seventeenth century. In the late nineteenth and early twentieth centuries, well-heeled Parisians would flock to Le Plessis-Robinson, a commune located in the suburbs, famous for its treetop restaurants and rose-covered taverns. 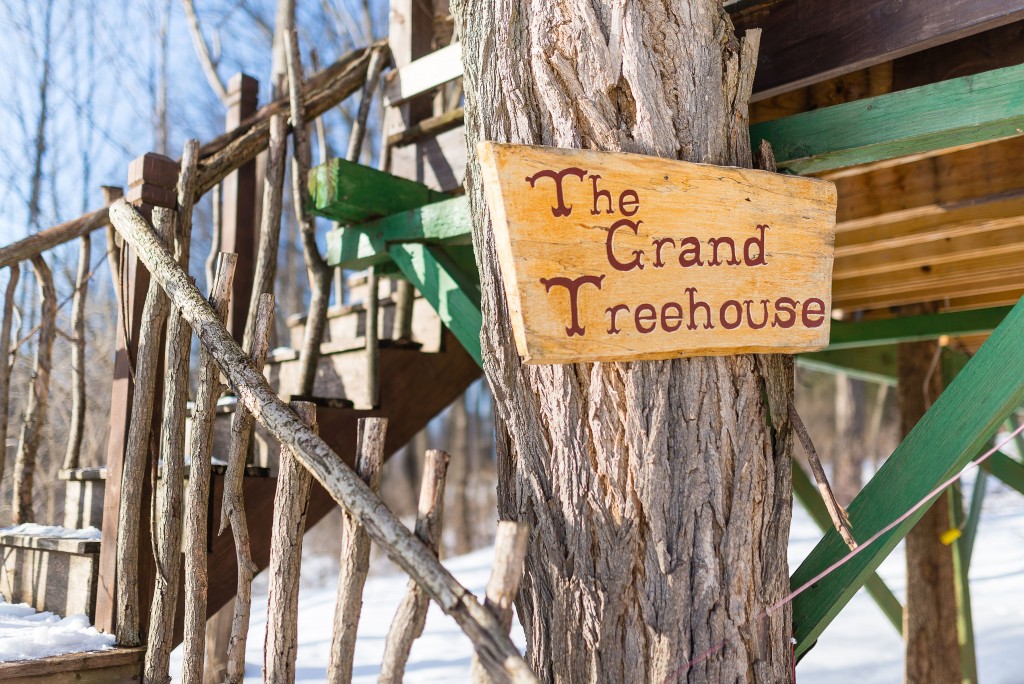 Roger Awe’s tree house on his property in Webster is enviable. Born in Hell’s Kitchen in Manhattan and raised in New Jersey, he didn’t have a tree house when he was young. However, Awe didn’t suffer from a lack of imagination. “We would save cardboard boxes, put them together, cut out doors and windows, and make our own forts,” says Awe.

He and his wife, Jean, moved to Webster from New Jersey in 2008. Their son attended Rochester Institute of Technology, met and married his wife, and settled permanently here in Rochester, welcoming a son, Nathan, soon after. With their other two children in Ohio, Roger and Jean had a five-year plan to move to the Rochester area and purchased a four-acre property, complete with a 2,000-square-foot barn built in the 1900s and an 1,800-square-foot white farmhouse. In 2011, they built a new home on the land in place of the farmhouse.

Awe is a big fan of Treehouse Masters, which airs on Animal Planet and is hosted by master tree house builder Pete Nelson. In 2009, Awe said to his grandson Nathan, “One day, your grandpa is going to build you a tree house in the backyard.”

Five years later, Awe had the same conversation with his grandson. “You’d better get started,” said Jean. In 2014, that’s just what he did. Awe purchased plans from Pete Nelson and adapted them to fit the location that he had chosen for his tree house. Working on it in sections and mostly on weekends, it was completed two years later. 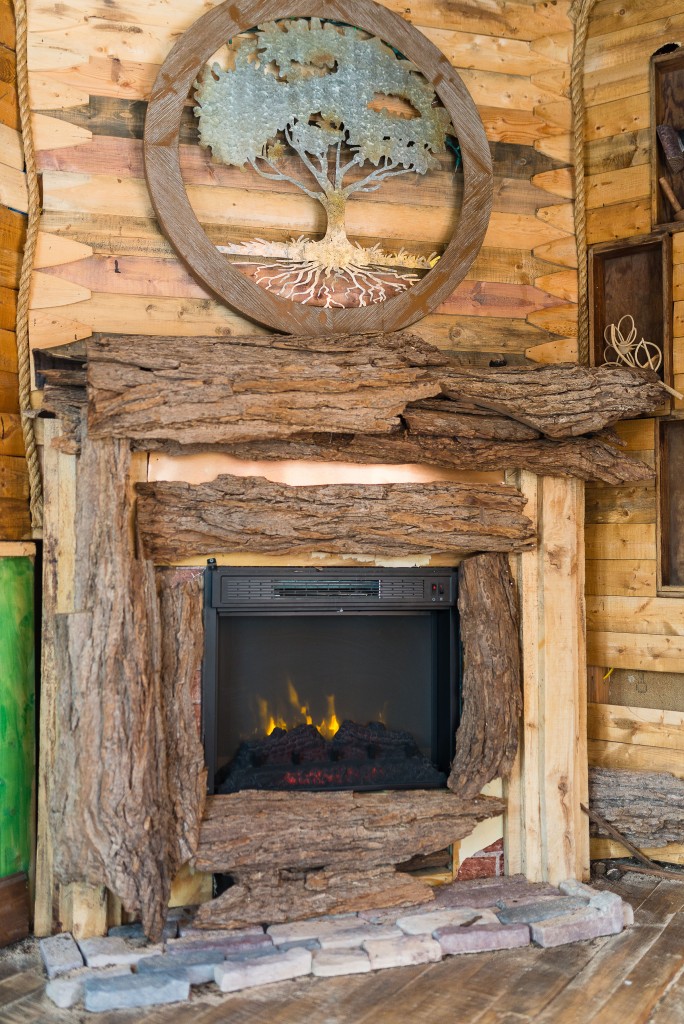 He will never forget the moment when his grandchildren first entered the two-story tree house with its cozy stone fireplace. “The look on their faces was unforgettable,” says Awe.

Awe sent pictures of his completed tree house to Pete Nelson and a year later got an email. “They were writing a blog about tree houses around the country, and they wanted to include mine,” says Awe. “I was completely surprised and thrilled.”

When the tree house is not hosting their three grandchildren (Nathan, seventeen; Kaitlyn, fifteen; and Breana, twenty), it’s the centerpiece of entertainment at Roger and Jean’s house. They are social bugs, and although COVID-19 has put a hold on gathering and entertaining, they look forward to the day when they can welcome their friends back to their home and tree house. 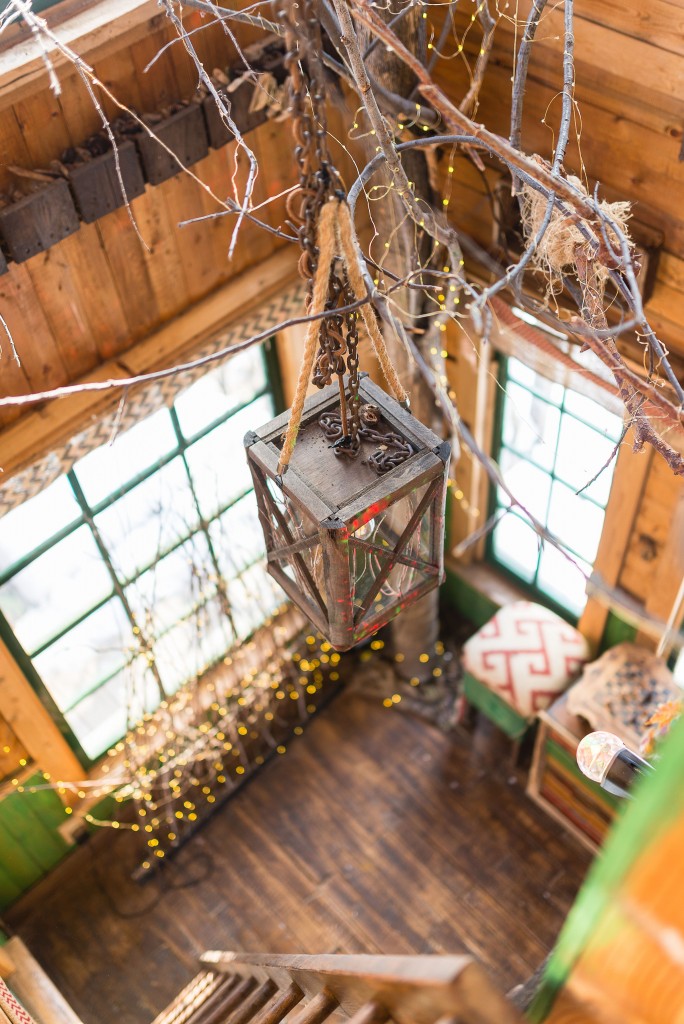 Awe’s favorite part of his tree house? “My wife and I like to sit on the back deck of our house [and] turn on the lights in the tree house, so that they glow like a lantern. Looking at it from the outside, you just want to go there and not leave.”

The barn, too, has been a project for Awe, and he has recently renovated this unique space and has made it ready and available for events.

Roger and Jean are very community minded (Roger is a member of Kiwanis), and the couple has hosted several charitable events in the red barn, including donating the space for a Gigi’s Playhouse fundraiser. They are also delighted to throw open the doors of the red barn for party and wedding rentals. They have restored a Western chuck wagon that rests on-site, as well as a gazebo and fountain. (The tree house itself is not available for rental or open to the public.)

Today, public tree houses are indeed places of escape—unique locations for restaurants, hotels, teahouses, and children’s playgrounds. But Awe’s advice to anyone thinking of building a tree house?

The magic of the tree house will never lose its charm, whatever age you may be.

“The tree house [speaks to] the inner child in all of us,” he says.

Curated furnishings for the home

A Turkish delight in Irondequoit

For the love of music