Twelve years ago, Center for Youth executive director Elaine Spaull received a phone call asking if the center would like to be a part of a new fundraiser. It would be called Fashion Week Rochester (FWR), a three-day event that would feature local businesses, designers, and artists, all while bringing attention to youth homelessness. Spaull saw an incredible opportunity and excitedly agreed to the new partnership. In its first year, FWR raised over $35,000 for the Center, and in 2019 they raised over $1 million.

Now in its thirteenth year, Fashion Week Rochester will include six runway shows spanning three days, each day with its own unique theme; and will continue to bring awareness and financial support to the Center for Youth. The Center is a not-for-profit youth-serving organization that reaches and assists over 30,000 young people annually. The Center helps those struggling with food insecurity, unemployment, legal issues, housing problems, and other types of struggles. Last year, the center used over $10 million in funding to help young people in the community.  The center supplies, food, shelter, occupancy, travel, and many other services to those in need. 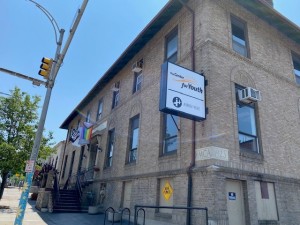 FWR has become an event that helps shine a light on these issues and helps bring communal and financial support. By empowering local youth and including them in the shows, the event is also directly impacting what Spaull says are some of the most at-risk youth in the community.

“It’s impacting those who struggle with homelessness, those who have food insecurity, those who find themselves in criminal justice situations, and those who are unemployed or underemployed,” says Spaull.

She also believes that Fashion Week Rochester is a unique and invaluable opportunity for people in the community to come together and do some good.

“What happened was the community began to embrace the idea of looking good and doing good. It’s impacting the most vulnerable young people in our community, and it’s the source of thousands of dollars for programs that are not funded by traditional means. It’s not government funding or foundational funding, it’s just the goodwill of people” Spaull says. “We find ourselves in a very unusual circumstance, we can actually bring all kinds of positive energy to our community and at the very same time we’re trying to bring attention to these issues, social issues, economic justice, poverty, trauma, disenfranchisement, violence”. 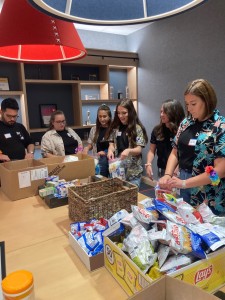 This year marks FWR’s thirteenth year of operation, and it might just be the biggest one yet. As always, it will be a three-day event, and each day will have its own theme. The first night—Restore the Energy— is Thursday, October 13. This night will be the show’s “edgiest night” featuring gritty, urban, and innovative designers. The second night, Friday, October 14, is titled Restore our Community. This special night will showcase working men, families, kids, couples, and other incredible area locals. The third and final night, Saturday, October 15, is titled Restore the Grace. The most elegant night yet, the show will feature brides, suits, and other high fashion.

Fashion Week Rochester is a show that focuses both equally on the clothes and the models that wear them. Spaull stresses that FWR doesn’t restrict who walks on the runway and who doesn’t. She says it’s a show that includes everyone.

“You’re gonna see models of all shapes and sizes, whether they are big, small, brown, white, young, and old people alike. We want everyone to feel comfortable, so that people can look at the models on the runway and say, ‘Hey, I could wear that.’”

This year FWR will be located at The Dome Arena in Henrietta. With a million-dollar air filtration system and 25,000 square feet of space, the venue brings the outside indoors. Spaull says that there will be available parking, restrooms, and “all the good stuff to keep the show going.” 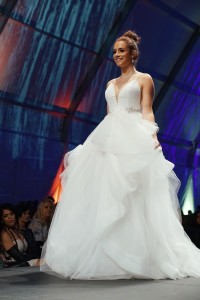 ROC reaches across the ocean

A community that is an ocean away from war is pulling together to send necessary medical aid to Ukraine. The Ukrainian community in Rochester has been working countless hours a week to get donations over to the war stricken country. RocMaiden was established in the city in 2014, after the traumatic events of EuroMaiden. Their goal is to get Western Medicine, such as military grade tourniquets and blood clotting gauze over to the victims of war in Ukraine. 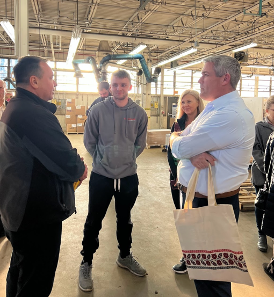 “RocMaiden is centered around immigrants and first-generation immigrants- which is me. The majority of our families are in Ukraine,” says head of I.T. at RocMaiden, Dennis Pavlyuk.

Volunteers have been working tirelessly to keep in contact with organizations overseas for donations and supplies. Pavlyuk’s father, Volodymyr Pavlyuk is the founder and coordinator of RocMaiden. He met with Monroe County Executive, Adam Bello, to discuss medical supplies Ukraine needed most. After the battle at Kyviv ambulances were essential, so they were trying to chip in and raise money to donate ambulances from Italy to Ukraine.

“That’s when the idea came to mind, like why can’t we just ask for them here? My dad’s philosophy is it never hurts to ask,” says Pavlyuk. “He just asked if they could get us ambulances and you know, [Adam Bello] asked his little intern can we get these guys ambulances? Two or three days, and we got them. They were towards the end of their life, but it’s a big spreader van and it will work great for the front lines.”

The Rochester area has strong connections to Ukraine. Irondequoit is the sister city of Poltava, Ukraine and Nazareth University has a partnership program with the National University of Ostroh Academy in Ostroh, Ukraine. So when the country was invaded, local businesses did what they could to help.

“In the beginning, we didn’t have a warehouse. Xerox donated a warehouse for us to use in the next six months in Xerox Park, Webster to hold all of our humanitarian aid that we’ve collected.

Different communities are helping with the connections that they have,” says Pavlyuk.

The first day after the invasion, the Ukrainian Culture Center held a meeting. The media was not allowed to attend, but the room was filled with community representatives.

“We had people from Buffalo and from different faith communities, which is very extremely rare, come in and sit in at this meeting. We’ve had this kind of split in the faith community here. We come from the Orthodox, we had the renaissance 250 years after the west did.  We’ve never experienced that cultural diffusion there and I think that was really amazing the way that came together,” says Pavlyuk.

The idea of misplaced Ukrainians hits close to home for many people in the area. However, it may be some time until refugees make it here.

“Sometimes the refugee chain takes a while or function before we see arrivals. At least at this point we have had a couple of emails, but we have not yet dealt with any [Ukrainian] arrivals,” remarks executive director of Rochester Refugee Resettlement Services, Mike Coniff.

The Ukrainian Cultural Center offers ways to donate and help Ukraine for anyone willing.